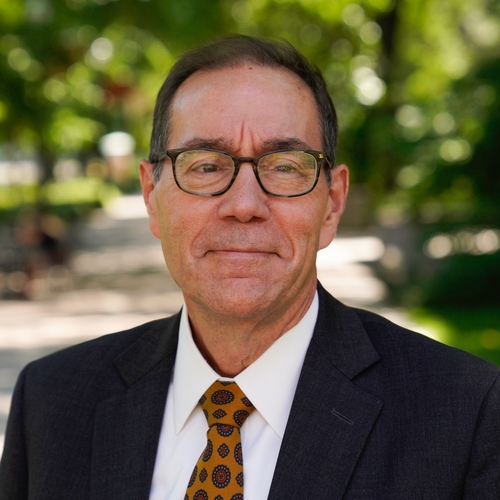 John Coleman is dean of the College of Liberal Arts and a professor of political science. Since arriving at CLA in 2014 he has focused his efforts in four key areas: ensuring that CLA alumni are the most desirable graduates available; relentlessly promoting and rewarding research and creative excellence; advancing diversity, equity, and inclusion of faculty, staff, and students; and deepening a culture of engagement with alumni, the community, and the state.

A nationally recognized scholar, he is the author or editor of seven books on American politics and government and numerous articles in edited volumes and major journals. His research interests include political parties, elections and voting, legislative-executive relations, divided government, campaign finance, and the intersection of politics and economics. Frequently consulted by both government entities and media outlets for his expertise on American politics, he has served as an expert witness and consultant on campaign finance, government accountability, and legislative communications.

Dean Coleman earned a Ph.D. in political science from the Massachusetts Institute of Technology and a B.A. summa cum laude in government and history from Clark University. Prior to his arrival at CLA he was chair of the Political Science Department and a Lyons Family Faculty Fellow at the University of Wisconsin-Madison, where he was on the faculty for over 20 years. At Wisconsin, he held the Glenn B. and Cleone Orr Hawkins Professorship and received the Chancellor's Distinguished Teaching Award. Before that he held a faculty position at the University of Texas at Austin and was a research associate and instructor at Harvard Business School. Dean Coleman has served as the president of the political organizations and parties section of the American Political Science Association.