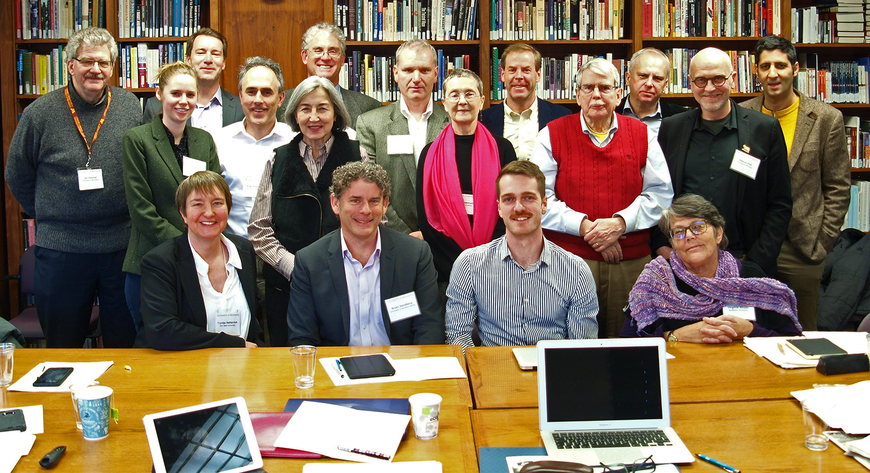 Since 1978, the Center for Austrian Studies has organized symposia featuring prominent scholars from around the globe. Comparative and interdisciplinary in nature, their consistent level of excellence has resulted in strong attendance by scholars and students and a series of outstanding edited volumes published by leading houses on both sides of the Atlantic.

The Early Modern War and the Formation of Europe Conference in November 2018 (see photo above). Co-organized by the Center for German and European Studies and the Center for Early Modern History. This conference was made possible by the German Academic Exchange Service (DAAD) with funds from the Foreign Office of the Federal Republic of Germany.

Mary Lindemann, President of German Studies Association and Professor and Chair of the Department of History at the University of Miami, delivered the keynote address for this conference. An interview with Professor Lindemann is available in the News & Events section.