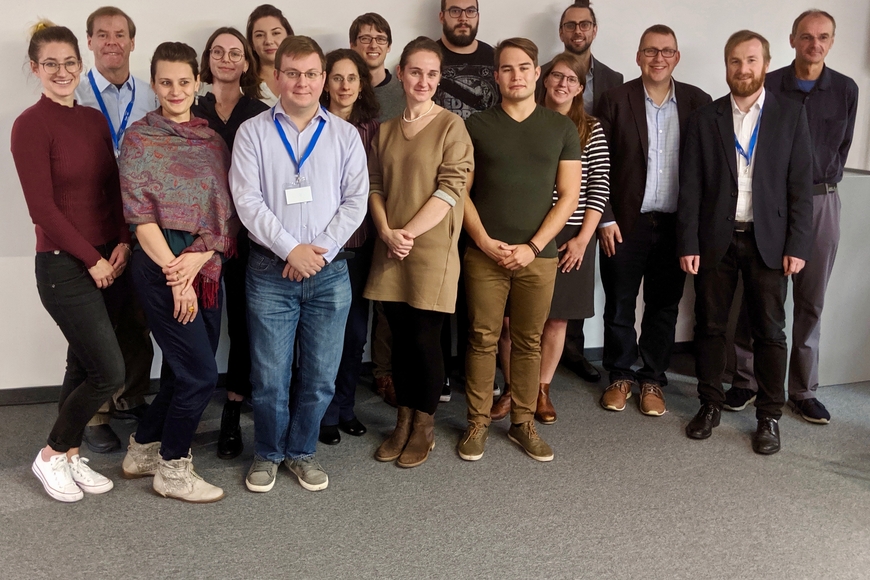 Anna Huemer is a doctoral candidate in the Department of History at the University of Salzburg. Her research interests include diplomatic history, Habsburg–Ottoman relations, cultural history, gender history, and the history of masculinity in the early modern period. She completed her MA at the University of Salzburg with a thesis entitled “Gifts for the Sultan, Characteristics of Diplomatic Gifts in Selected Habsburg Grand Embassies (17th Century). ” She also worked for a project supported by the Austrian Science Fund ("The Mediality of Diplomatic Communication") as an (digital) editor of a 17th century travelogue. She holds a BA in Communication Studies and has worked at the Salzburg Museum. Her current doctoral research deals with diverse models of masculinities in the Austrian nobility in the 17th century.

Rose Malloy is a doctoral candidate in Modern European History at the University of Chicago. Her research is focused primarily on the First World War in Central Europe with attention to themes of nationalism, class, citizenship, migration, and border disputes. This proposal addresses the role of migrants and refugees in nation-making projects during and after the First World War with particular attention to the Slovene-speaking populations around the Austrian Littoral.

Ambika Natarajan received her PhD in the history of science from Oregon State University. Her dissertation, "Sex, Surveillance, and the Servant Question in Vienna, 1850-1914," is a study of servanthood in post-1850 Vienna that ranges from a discussion of medical history to analysis of criminal cases, novels, poetry, early film, and images in the popular press. The dissertation examines the contradictory rhetoric of victimhood and criminality applied to maidservants at a pivotal moment for understanding how poor working-class women were shaped by their circumstances from the early modern period through the modern global age through mass migrations. Based upon her dissertation research, she is currently working on a book manuscript that demonstrates the continuity between the changes in gendered policing affected by labor migrations in nineteenth-century Habsburg Central Europe and those provoked by the present-day refugee crisis in the region.

Anna Parker is an AHRC-funded PhD student in History at the University of Cambridge. Her research examines the everyday 'social lives' of clothes in imperial Prague, and aims to reveal how ordinary people attached meaning to and used clothing in a time of significant demographic and social change for the city. This project combines criminal court cases with surviving objects from Central European museums. At Cambridge, she co-organizes the 'Material Culture Forum,' an interdisciplinary and cross-period network that examines themes and challenges in material culture studies.

Robyn Dora Radway is an assistant professor in the Department of History at Central European University specializing in Habsburg Central Europe and its imperial entanglements with the Ottoman world. She completed her PhD in 2017 at Princeton University with a dissertation entitled "Vernacular Diplomacy in Central Europe: Statesmen and Soldiers Between the Habsburg and Ottoman Empires, 1543-1593." She also holds a BA and an MA in Art History and has worked in several museums. Her current book project combines her art historical training with her doctoral research to write a history of mixed media illustrated books in Habsburg-Ottoman exchanges. This project is supported by the Gerda Henkel Foundation.

Jan Volek is a doctoral candidate in medieval history at the University of Minnesota. He holds a MTS in History of Christianity from Vanderbilt Divinity School and MA in Medieval Studies from Western Michigan University. He is working on his dissertation, provisionally titled "Challenging the Reformation Paradigm: Religious Life in Central Europe, 1470-1530," which investigates the role of patronage in transformations of religious landscapes and devotional practices in urban communities in Bohemia and Moravia. In the fall, he will be the Richard Plaschka Pre-Doc fellow at the University of Vienna, where he will be conducting archival research for his dissertation and collaborate with scholars engaged in the European Research Project, Visions of Community.

Christoph Würflinger is a doctoral candidate in the Department of History at the University of Salzburg specializing in early modern Habsburg-Ottoman relations. He completed his MA in 2017 at the University of Salzburg with a thesis entitled "Symbolic Communication in Habsburg-Ottoman Conflict Management. The Grand Embassy of Anton Corfiz Count Ulfeld to Constantinople 1740/41". His PhD project focuses on the mediality of diplomatic correspondence and analyzes the 'rules' according to which diplomats’ letters were written with the aim of identifying the main factors that shaped their content. The project is supported by the Austrian Science Fund (FWF).

Prof. John Deak is an Associate Professor of Modern European History at the University of Notre Dame. He is a specialist in the Habsburg Empire (since the eighteenth century) and interwar Austria. He is broadly interested in political history and the rule of law. His first book, Forging a Multinational State: State- Making in Imperial Austria from the Enlightenment to the First World War (Stanford, 2015), was awarded the Karl-von-Vogelsang-Staatspreis für Geschichte der Gesellschaftswissenschaften in 2018. He has recently been working on a book-length project (with Jonathan Gumz) on the rule of law in the Habsburg Empire under the State of Emergency in the First World War.

Prof. Howard Louthan is Director of the Center for Austrian Studies and professor in the Department of History at the University of Minnesota. He specializes in the cultural and intellectual history of Central Europe with a special focus on religion. His books include The Quest for Compromise: Peacemakers in Counter-Reformation Vienna and Converting Bohemia: Force and Persuasion in the Catholic Reformation.

Prof. Arno Strohmeyer studied history and ethnology at the University of Vienna and received his PhD in 1992. He was visiting professor at the Department of History at the University of Vienna and was appointed Professor of Modern History at the University of Salzburg in 2007. He has been a corresponding member of the Austrian Academy of Sciences since 2013 and Director of Research and Deputy Director of the Institute of Modern and Contemporary History of the Academy since 2017. His research focuses on the early modern period and is mainly concerned with the history of the Habsburg Monarchy and the Holy Roman Empire. His research topics include peacekeeping and conflict management, systems of government and political participation, politics, religion, history of historiography, historical source editions, and diplomatic history.