The 2020–21 Seminar Fellows Program on tourism, sports, and politics in the 19th–21st centuries at the Center for Austrian Studies was a two-part event, with a keynote by Dr. Gundolf Graml (Agnes Scott College) held on October 30, 2020, and three seminar meetings throughout spring 2021. 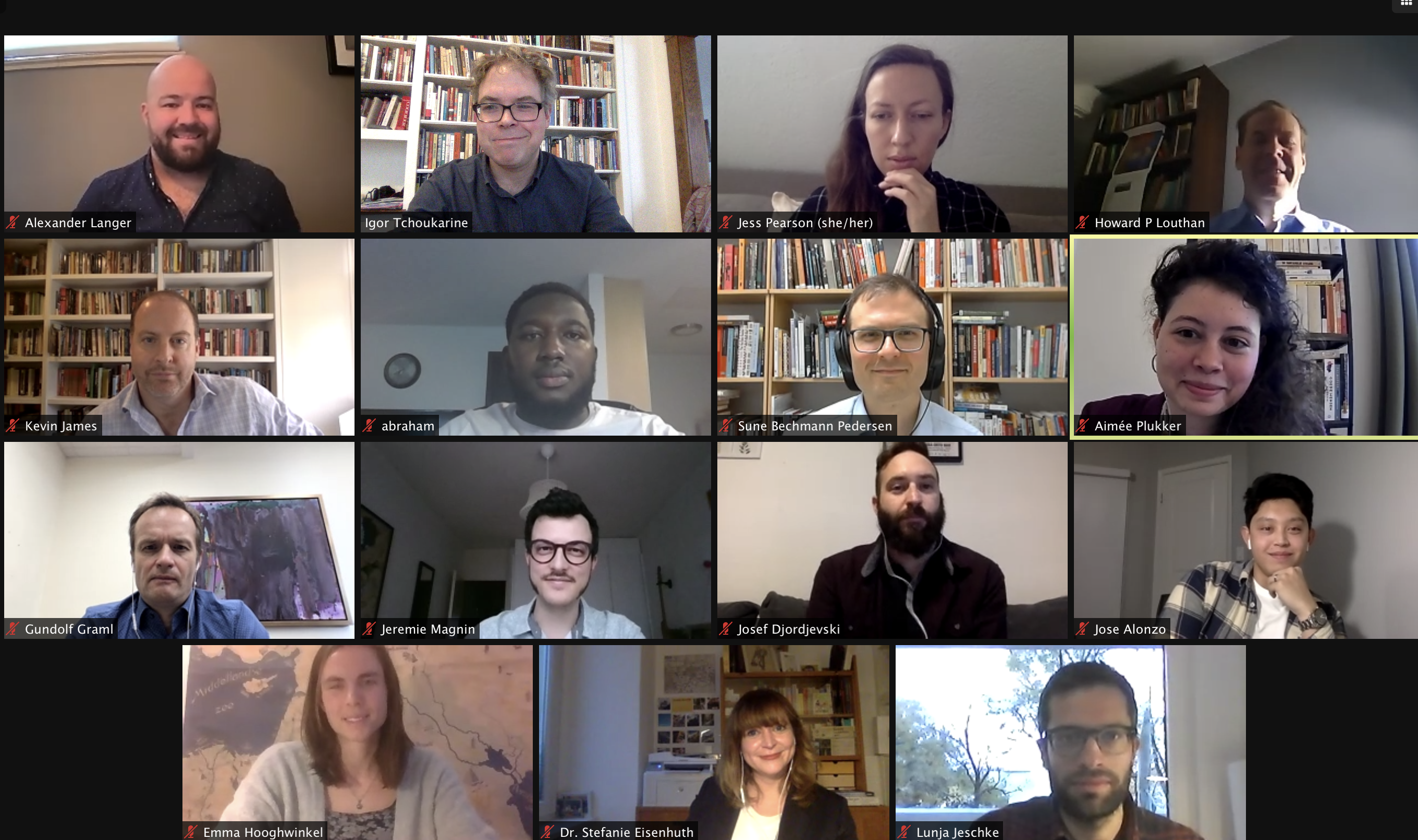 In his lecture, “Tourism and the 75th Anniversary of the Austrian Second Republic: An Interdisciplinary Approach,” Professor Graml explored how tourism shaped the formation of the Second Austrian Republic from 1945 to the present. Tourism’s prominent status in postwar Austria, Graml argued, can only partially be explained by the sector’s economic relevance. Tourism has impacted the political, social, and cultural narratives of postwar Austria in ways that reach far beyond the economy. The talk traced interdisciplinary perspectives on tourism developed in history, ethnography, literary studies, and cultural studies and engaged in close readings of selected postwar Austrian cultural texts and scenarios. Analyses of films such as Der Hofrat Geiger and 1. April 2000; of the 2009 historical exhibit, Linz – Kulturhauptstadt des Führers; and of the 21st-century Sound of Music revival in Salzburg laid the ground for further discussions of the role of tourism as a matrix for historical and cultural analyses.

In spring 2021, the seminar meetings featured presentations on a range of topics, broadly dealing with tourism, sports, and politics. Presided over virtually by Dr. Igor Tchoukarine (University of Minnesota), the seminar, which met on March 31, April 23, and May 17, featured the work of seven PhD students and postdoctoral and early career scholars from universities in the United States, Germany, Switzerland, and Canada. In addition to Dr. Igor Tchoukarine, Dr. Gundolf Graml, Dr. Kevin James (University of Guelph), Dr. Jessica Pearson (Macalester College), and Dr. Sune Bechmann Pedersen (Lund University) served as facilitators throughout the program. The seminar’s theme was especially timely in a year of tremendous uncertainty and near-unprecedented limitations on international travel and tourism.

Aimée Plukker (Cornell University) began the program with a presentation that examined West Berlin as a postwar tourist destination. Plukker’s paper provided an incisive commentary on narratives of postwar recovery and industry in West Berlin, situating these narratives within a broader economic and political context of the Cold War—with a specific interest in the Marshall Plan. Dr. Alexander Langer (University of Colorado) followed Plukker with a presentation on the Johnson Administration’s plan to address the so-called travel gap in an attempt to deal with the U.S. balance-of-payments deficit in the late 1960s. Langer’s presentation explored the administration’s See America First campaign, followed by the more aggressive, and ultimately failed, effort to impose a tax on international tourism in 1968.

Josef Djordjevski (University of California, San Diego) began the second meeting with a presentation on the shortcomings of Yugoslav state management of the Adriatic coast in the 1980s. The presentation made a specific effort to highlight that managerial shortcomings were often the result of economic and financial pressures rather than a lack of political will or ambition on the part of Yugoslav governmental agencies. Dr. Felix Jeschke (Ludwig Maximilian University of Munich) followed Djordjevski with a presentation focusing on the Eastern Adriatic tourism industry in the early 20th century. Jeschke’s paper investigated the use of pan-Slavic narratives in the tourism industry, focusing specifically on the Czech sea resorts of Baška (on the island of Krk) and Kupari (near Dubrovnik).

Dr. Stefanie Eisenhuth (Leibniz Center for Contemporary History, Potsdam) began the final meeting with a paper inspired by her PhD dissertation on border crossings from West to East Germany. Eisenhuth’s paper examined travel regulations and the type of individuals who would have perhaps constituted the typical border crosser—families, Allied forces, businesspeople, and so on. Eisenhuth noted that many of these eastbound travelers, and the East German tourism industry in general, have been more or less forgotten in contemporary Germany. Eisenhuth’s presentation was followed by Jérémie Magnin’s (University of Neuchâtel) presentation on visitor and guest books at Rigi-Kulm, a resort hotel in the Swiss Alps, in the first half of the 19th century. These visitor and guest books included scientific and scenic observations, along with details about trips and descriptions of visitors’ stays. Magnin explained that these guest books, alongside Murray’s guidebook of Switzerland, impacted visitors’ perceptions, knowledge, and expectations of the Mount Rigi summit. To conclude the seminar, Abraham Seda (University of Minnesota) presented on boxing cultures in colonial Zimbabwe, focusing specifically on the use of indigenous medicine, namely mangoromera, as a subversive act. Seda’s presentation navigated the difficult waters of cultural imperialism, Indigenous resistance, and masculinity, making a fitting bookend to the seminar.

In his conclusion of the seminar, Igor Tchoukarine praised the eclectic collection of papers presented through the course of the program, and remarked that in this difficult time of distance from our traditional scholarly communities, the Seminar Fellows program became a space of collaboration and discussion. Finally, thanks to Kevin James’ initiative, a second iteration of this seminar is slated to take place at the University of Guelph in spring 2022.