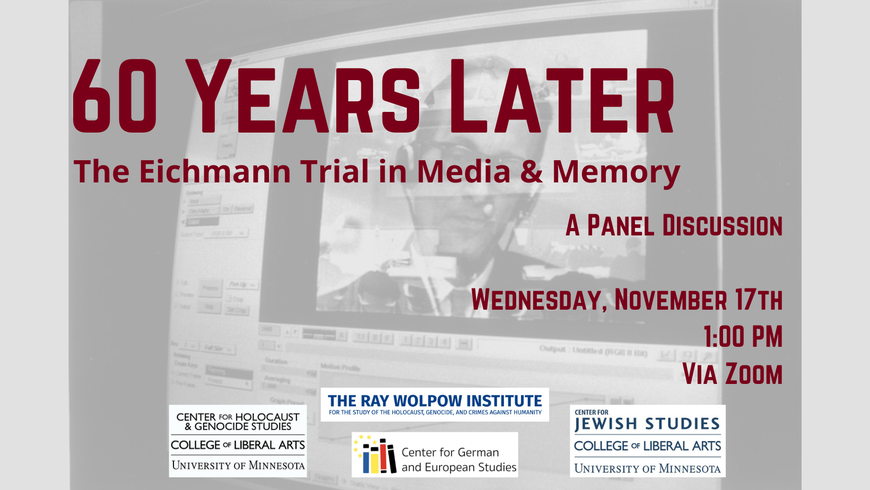 The 1961 trial of Adolf Eichmann is considered a landmark event in the post-Holocaust era. It shaped the international community's understanding of Nazi atrocities; it sparked debates and controversies on the viability of justice in the aftermath of genocide, and it ushered in a new awareness of the meaning and practice of witnessing. One of the most fascinating aspects of this historic trial was its notable representation in contemporary media coverage. From the start of the trial in April 1961 and until Eichmann's execution about 14 months thereafter, newspapers, radio, and TV outlets throughout the world communicated the dramatic events that transpired in the Jerusalem court to international audiences. Focusing on this aspect, the three presenters in this panel will analyze the particular effects of the trial's media presence in the United States, in Israel, and in Germany. Through their respective fields of expertise, they will discuss the public discourse that emerged in the three countries in response to the coverage, as well as the long-term impact that it had on the memory and interpretation of the trial.

Paid for in part with the Wexler Fund for Genocide Education.