Media & Genocide: From Hubris to Humility 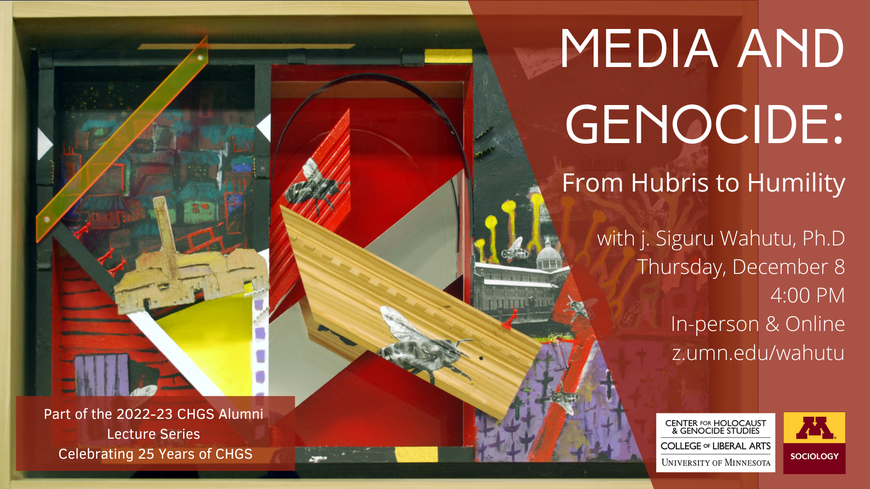 Conventional wisdom holds that when there is an outbreak of violence in the global South, it is vital to shed light on it. Typically this ‘shedding of light’ is understood as a kind of deterrent that lets the perpetrators know that the eyes of the “world” are on them. In this talk, I discuss the beginnings of a project that asks what if perpetrators want the eyes of the world on them? Specifically, I raise the possibility that perpetrators of mass violence are savvy media actors seeking symbolic capital (name recognition brought by international coverage) that they hope to turn into cultural (bonafides) and economic (salary/income) capital at a later stage. Relying on scholarship such as “Talk of the town” (Fujii, 2017), I argue that coverage of violence in the global South (imbued with normative journalistic practices) runs the risk of exacerbating violence instead of curbing it. Perpetrators, I suggest, seek out this coverage and may thus seek to enact over-the-top violence in the hope that they catch the eye of the local/regional western bureau chief.

j. Siguru Wahutu is an expert in the sociology of media, with an emphasis on genocide, mass violence, and ethnicity in sub-Saharan Africa. He has written about global media patterns in covering genocide in Africa, ethnicity, land, and politics in Kenya, and on the Kenyan media's experimentation with social media platforms. Wahutu's research has appeared in African Journalism Studies, African Affairs, the International Journal of Press/Politics, Global Media and Communication, Media and Communication, Media, Culture, and Society, and Sociological Forum. He is an Assistant Professor in New York University's Department of Media, Culture, and Communication and a Faculty Associate at the Berkman Klein Center of Internet and Society at Harvard University.

Organized by the Center for Holocaust & Genocide Studies. Presented with the Sociology Department