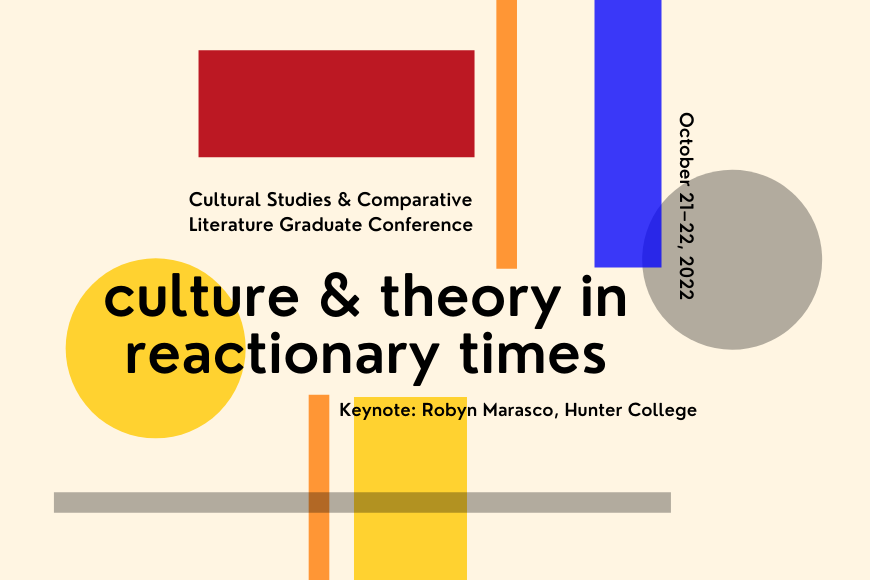 How do we study culture in reactionary times? Dominant critical approaches to culture in the
humanities and interpretive social sciences in recent years have tended to focus on the
“neoliberal” values and subjectivities produced by contemporary capitalist society, from the
precarious laborer in the gig economy to the brazen opportunism of the “professional-managerial class.” However, it appears that the cultural and political situation has decisively changed, and the immediate future of modern democratic societies is less likely to be a springtime of rampant consumerism and liberal individualism than a “polar night of harsh and icy darkness, no matter which group may triumph on the surface,” as Max Weber chillingly prophesied at the dawn of the Weimar Republic. Our conference aims to explore old and new theoretical perspectives that can help make sense of the reactionary cultural climate that has exploded in recent years and shows no sign of abating: extreme conservative social values; racial prejudice; ethnonationalism; religious fundamentalism; and anti-liberal sentiment in the broadest sense.

Our keynote speaker is Dr. Robyn Marasco, currently an Associate Professor of Political Science at Hunter College and The CUNY Graduate Center.  Her research has focused on developing the insights of critical theory, feminism, and psychoanalysis for political theory and interpretive social science. Her first book, The Highway of Despair: Critical Theory after Hegel (Columbia UP, 2015), reconstructs the emancipatory project of critical theory around the idea of negative dialectics. Professor Marasco was the guest editor of a special issue of South Atlantic Quarterly on “The Authoritarian Personality” and her current book project, Critique, Politics, and the Family, explores the distinctly political concept of the family in twentieth-century critical theory.

We welcome abstracts from graduate students in all disciplines across the humanities and social sciences. Theoretical analyses, empirical research, and interpretations of specific cultural phenomena are all welcome. Possible topics include but are not limited to:

The conference will take place in-person from October 21-22, 2022 in Minneapolis. Abstracts of 200-300 words are due to co-chairs Alya Ansari (ansar060@umn.edu) and Kyle Baasch (baasc007@umn.edu) by September 1st . Notifications of acceptance will be sent out no later than September 7th .