An Evening with N. K. Jemisin 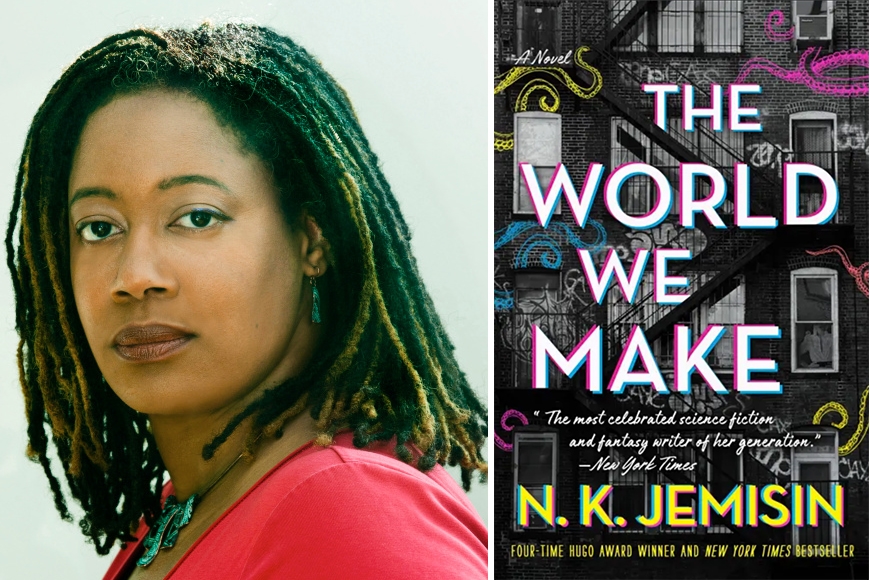 Join the Department of English as the Esther Freier Lecture Series presents the author of the Broken Earth trilogy, which won three consecutive Hugo Awards for Best Novel in speculative fiction. N. K. Jemisin's most recent novel is the New York Times bestselling The World We Make (2022), the conclusion to the Great Cities duology beginning with The City We Became.

This in-person event is free and open to the public with registration.

N. K. Jemisin was raised in Mobile, Alabama and New York City. Uprooted in two places, her childhood anchor was fiction; she spent hours at the local library, and “self published” her own handwritten books with cardboard covers and yarn binding. Still, she considered writing to be just a hobby until her early thirties. After attending the Viable Paradise writing workshop, she began seeking publication in earnest. Although she acquired an agent in 2005, her first novel (The Killing Moon, eventually published in 2012) did not initially sell, as speculative fiction at the time was significantly less welcoming to inclusive fantasy. Instead she rewrote from scratch an old “trunked” novel—which sold at six-figure auction to become The Hundred Thousand Kingdoms (2010) and its sequels. In 2016, her novel The Fifth Season won the Hugo Award for Best Novel, making Jemisin the first Black person to win in this category. In 2017 she won again for The Obelisk Gate, and then a third time in 2018 for The Stone Sky, making her the first author in genre history to win the Best Novel Hugo three consecutive times. In all, her short fiction and novels have won Hugos, a Nebula, and two Locus Awards, and have been translated into more than 20 languages. She is a 2020 recipient of the MacArthur "Genius" Fellowship.

Jemisin’s most frequent themes include resistance to oppression, the inseverability of the liminal, and the coolness of Stuff Blowing Up. She has been an advocate for the long tradition of science fiction and fantasy as political resistance, and previously championed genre as a New York Times Book reviewer. She lives in Brooklyn.