Future in the Past: Public Art at Pillsbury Hall

Get a glimpse of Seitu K Jones' work in progress 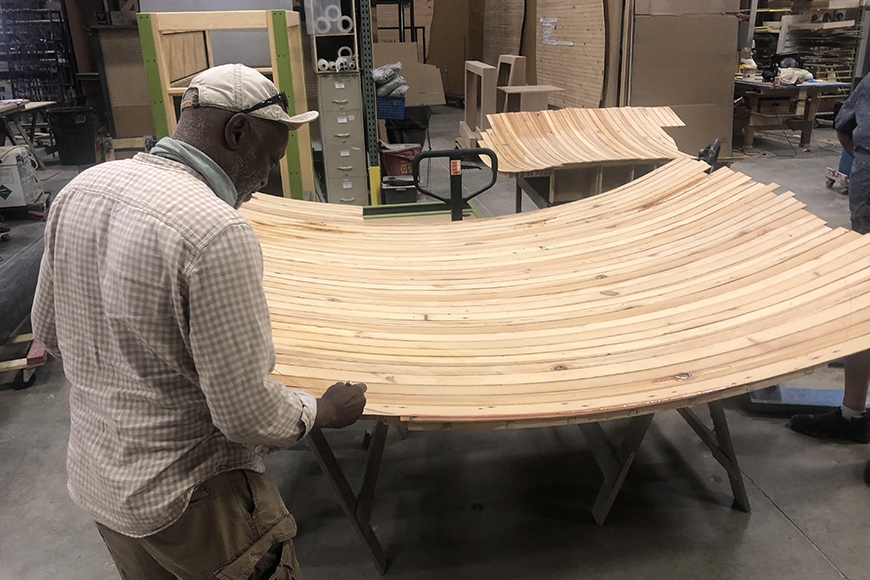 "Going into Pillsbury Hall, during demolition last year, the building was talking to me," said public artist Seitu K Jones. "And one of the things it said was to use the materials that are there."

The renovated Pillsbury Hall is the new home of the Department of English and the College of Liberal Arts Engagement Hub, opening fall 2021. State-funded projects such as the Pillsbury Hall renovation require that one percent of the construction budget go to a public art component, which led to a University Pillsbury Public Art committee enthusiastically selecting Jones (recipient of BIS and MLA degrees through CLA individualized studies programs). 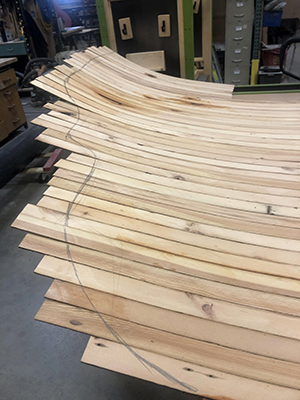 The first-ever artist-in-residence for the City of Minneapolis, Jones has designed more than 40 large-scale public artworks, including station art for Metro Transit's Green Line. He is a longtime green activist in St. Paul's Frogtown neighborhood and helped to establish the five-acre Frogtown Farm; he is also one of the founders of Urban Boatbuilders, a nonprofit youth development program teaching woodworking and other skills. A recipient of the 2017 McKnight Distinguished Artist Award, Jones has also been awarded a Minnesota State Arts Board Fellowship, McKnight Visual Artist Fellowship, Bush Artist Fellowship, Bush Leadership Fellowship, and other honors.

In a recent Weisman Art Museum-hosted conversation with English Associate Professor Douglas Kearney, Jones noted that he makes a practice of listening while creating art. "The material itself will talk to me. I have to look at it, feel it for awhile. It's going to tell you which way it's gonna go. You can't fight it."

As Jones toured Pillsbury Hall in the winter of 2019-2020, he noticed that construction workers were removing wood joists, the 2" x 4" lumber used to frame space between load-bearing beams. "And this old lumber they were removing was just sitting in piles, and it was talking to me," continued Jones. "We ended up repurposing that lumber for the sculptures that are going to be back inside the building."

Jones describes his listening practice as also involving research into a particular site's "cultural references, its social references." Back in 2019, at the start of the project, Jones said he'd been reading up on University history, including St. Cloud State Professor Christopher Lehman's evidence that a large loan from a Southern slaveholder had supported a fledgling University of Minnesota years before John S. Pillsbury's institution-saving financial interventions. Riverboats regularly brought slaveholders up to visit Minnesota river towns. "We're going to have to acknowledge that in some way," Jones noted at the time. "That, and the fact that we're on Dakota land." 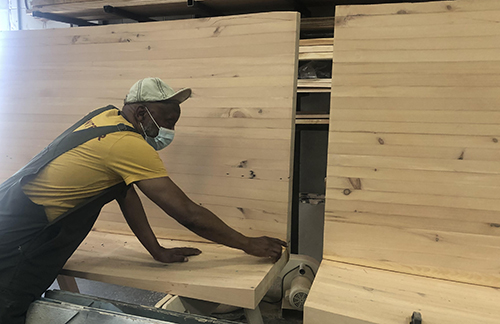 The boat bottom-shaped sculptures, showing the influence of Jones' boat-building background, may gesture to that history. The salvaged wood used to make them definitely points to the history of the Dakota people on this land, according to Jones. "That wood is probably old growth timber. When that building was built, that was near the end of the decimation of the white pine forest that covered where we are right now," he described, "the land that was occupied by the Dakota and their ancestors, that oak savannah and that white pine. Some of those trees [that provided the wood], we've estimated with in working with the fabricators, probably seeded themselves in the 1700s. So there's this link that goes all the way back."

Digging into, listening to, the history and legacy of the building and the materials, is a way, Jones said, "to acknowledge what happened and hopefully point us in a direction that will be full of a lot more grace and equity."

During an English department assembly this past spring, Jones said the aim was for the sculptures to invite the touch of passersby and for the art to in turn touch those who pass by. As in a Walker Art Center collaboration Jones did with the poet Soyini Guyton (and the artist Ta-coumba Aiken), Guyton's words will be integrated in the sculptures. "It's a way of using text, words, design, art to weave a story, to nourish us in a different way," Jones said. "And every day you can get a little piece of that, as you go through [the space]." 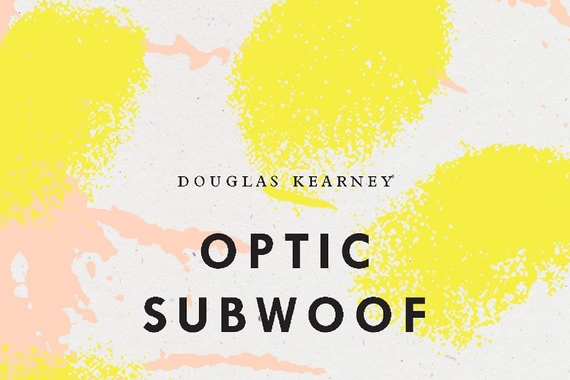