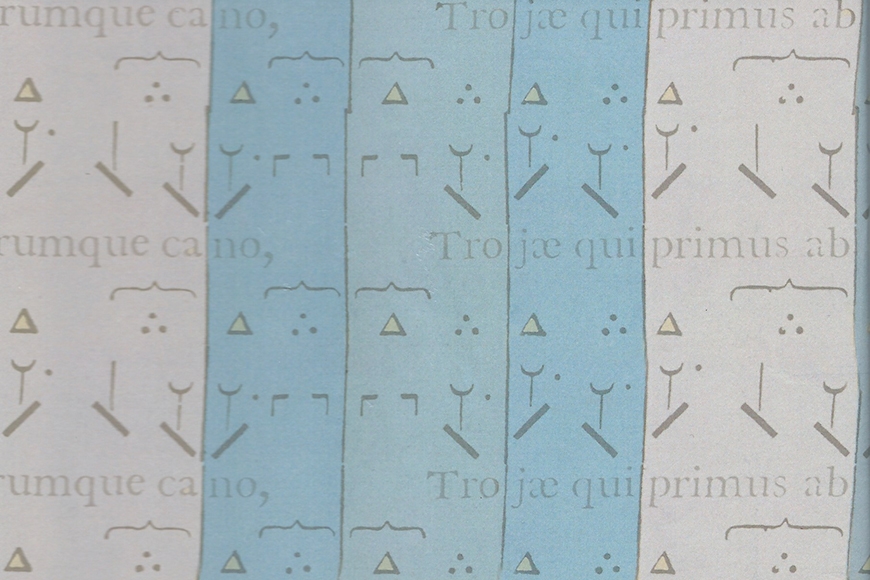 "Have you ever felt that time flies?
That it's been a short moment,
whereas in fact you've been
reading for three hours? My book
is about such feelings."
- Professor Amit Yahav

Cheers to Assistant Professor Amit Yahav, who this spring published her debut book, Feeling Time: Duration, the Novel, and Eighteenth-Century Sensibility (University of Pennsylvania Press). A scholar of the novel, aesthetics, and theory, Yahav discusses the influence of plot momentum, narrative rhythm (via early musicology), and character logic in how writers explored and invented "qualitative duration," an emotional experience of time, for their readers. "In this innovative and ambitious book," notes Harvard Professor Deidre Lynch, "Amit S. Yahav challenges some overly entrenched critical commonplaces about the Enlightenment roots of modernity while simultaneously elaborating new and compelling analyses of novels and aesthetic treatises that are the well-established mainstays of eighteenth-century literary studies." Professor Yahav describes the book and its inception more below.

Could you briefly describe the focus of the book?

Have you ever felt that time flies? That it's been a very short moment, whereas in fact you've been reading for three hours? Or that time drags on and on? That it's been forever, whereas in fact you've been waiting for only ten minutes? My book is about such feelings, and how they've been explored in eighteenth-century literature and philosophy. The eighteenth century is well known for having developed abstract, disciplinary, mechanical, quantitative time—the paradigm of time-is-money, punctuality, order; or the notion that time is not much more than its conventional notations—clocks and calendars. And yet the eighteenth century is also the age of sensibility, a culture that highlights sensing, feeling, and subjectivity. Feeling Time is about the temporal conceptions developed by writers of sensibility to explain durations that are intensely personal, or that seem to us to have special qualities that clocks and calendars cannot get at. What time feels like, rather than how it is measured or used efficiently. Twentieth-century philosophers have called such duration qualitative or experiential. My book shows that eighteenth-century novelists and philosophers do a great job of defining such qualitative time, and of elaborating the ways in which reading, listening to music, and aesthetic pleasure more generally can shape our durational feelings. 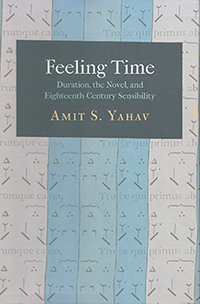 What led you to this research topic?

The beginning of this project, like all of my research projects, comes from my personal life. I had a good friend who insisted that he has his own time, which is different from my time. I didn’t believe him. I thought that clocks and schedules were the only meaningful way to think about duration. We argued about it for years until he convinced me, and then "my time" became a fascinating intellectual problem. What can a duration be if it cannot be measured chronometrically? How can we talk about it, share it, coordinate it? At this point I started seeing non-chronometric time and felt durations everywhere in the books I was reading for work. The most evocative scenes in Defoe’s Moll Flanders involve difficulties of coordinating desires in time; Richardson calls his signature novelistic technique "writing to the moment" (rather than to the minute, hour, or second); Tristram Shandy notoriously cannot match the schedules of representation with the lived duration of its protagonist/narrator; Ann Radcliffe arrests her plots to a standstill thus dilating our reading-time with lengthy accounts of the aesthetic pleasures of her heroines, etc.

Robinson Crusoe was the first novel I wrote about for this time project, in an early exploratory essay that I published separately about a decade ago. Since then my research took me in very different directions, but some of the fascinating experiments with time I found in that novel made their way to the final version of Feeling Time. I even begin my book with an example from Crusoe. [See the excerpt below].