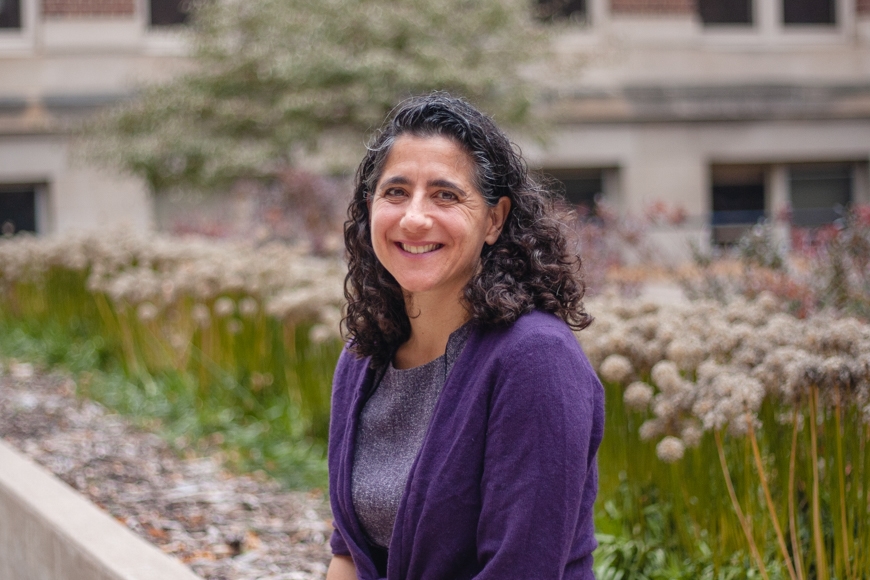 From the disappearance of native passenger pigeons to the earliest undercover journalists (who were women), Kim Todd is called to reclaim stories nearly lost to us. Through this duality, Todd brings obscured histories to light. While the subject of her writing may evolve over time, her approach to research remains the same, and offers a glimpse into how to skillfully meld the humanities and sciences.

Todd was an avid reader growing up, and points to her early fascination with literature as a fundamental motivation to write. Even before she imagined becoming an author, Todd kept a journal and wrote stories in her free time. After graduating with her BA in English from Yale, she became a newspaper reporter in Seattle, which is where she first fostered her other devotion—to science.

Because it was a small paper Todd needed to cover many subjects. “I was the education reporter, and then I was the crime reporter, and then I was telling people 10 things to do with chicken,” she says. Todd took a particular liking to covering stories about science and the environment, and discovered that her readers also were invested in those features. Scientific stories, Todd realized, “were really about what people thought of the world that they wanted to live in.” The idea lingered with her even after she left the newspaper to study creative nonfiction writing at the University of Montana.

Todd credits her time at the University of Montana for strengthening the mental connection between writing and science. “I started doing just the MFA, but you have a certain number of classes that you have to take outside of the department. So by the end of my MFA I realized, ‘oh look at that, I’m already more than halfway to this environmental studies degree just with what I took by being interested in the subject.’” Because of the intentional, complementary course designs, Todd earned the MFA and the MS degrees simultaneously.

Todd immersed herself in the rugged Montana landscape teeming with wildlife. This proximity, in combination with her coursework, led to her understanding that each ecosystem is distinct to its given landscape and therefore one’s own environmental literacy must begin from a hyperlocal perspective. Since then, much of Todd’s writing advocates for environmental awareness at the individual level.

Throughout her entire career, Todd has focused on stories that enrich and inform how we interact with nature and each other. Her first book, Tinkering With Eden, sought to unearth the untold stories of how non-native species were introduced to the United States. Todd’s current research continues her commitment to lost narratives, but has diverted her attention toward another overlooked group: female stunt reporters.

Female stunt reporters were daring women who infiltrated places such as mental asylums and factories to expose hazardous environments women were forced to occupy. “Because they were women going undercover into women’s spaces, they were able to tell these stories of women that hadn’t been told before,” Todd explains. These reporters assumed pseudonyms and dressed in disguise to access facilities such as public hospitals and prisons, leading to captivating first-person narratives.

At their peak, female stunt reporters were more popular than their male counterparts, but over time their legacy faded. “Here were all these women doing what I consider to be pioneering undercover investigative journalism, but because it was framed as this joke genre of girl stunt reporters, which is considered silly, it was dismissed right after they did it and has consequently been forgotten,” Todd says.

If this topic seems disconnected from her earlier work, Todd has a response: “What most relates to stunt reporters is the pushback that I’ve gotten when I suggested that a woman in history could have made a significant contribution. One of my previous books, Chrysalis, Maria Sibylla Merian and the Secrets of Metamorphosis, was about this very early female naturalist, and when I gave talks people would always raise their hands and say, ‘but she didn’t really do anything.’ Some considered it a feminist fantasy that she could have actually made a contribution in 1699 and seen something that her male peers didn’t see. So that kind of pushback was really surprising to me, and unexpected."

The humanities and sciences can succeed as isolated practices, but Todd’s work stands as a testament to the advantage of employing a cross-discipline school of thought. In closing, Todd explains, “Often the work gets its power from describing actual events in a way that—I hope—challenges our understanding of certain historical narratives.”