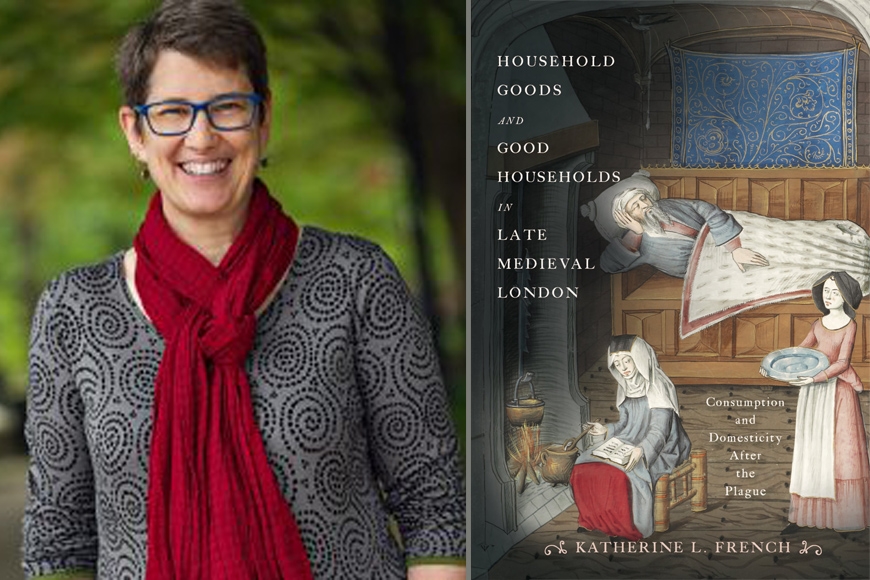 Grounding her analysis in both the study of surviving household artifacts and extensive archival research, Katherine L. French examines the accommodations that Londoners made to their bigger houses and the increasing number of possessions these contained. The changes in material circumstance reshaped domestic hierarchies and produced new routines and expectations. Recognizing that the greater number of possessions required a different kind of management and care, French puts housework and gender at the center of her study. Historically, the task of managing bodies and things and the dirt and chaos they create has been unproblematically defined as women's work. Housework, however, is neither timeless nor ahistorical, and French traces a major shift in women's household responsibilities to the arrival and gendering of new possessions and the creation of new household spaces in the decades after the plague.

Katherine French is the J. Frederick Hoffman Professor of Medieval History and Associate Chair at the University of Michigan. She is a historian of medieval England, and has written extensively about parishes and women. Her new book Household Goods and Good Households in Late Medieval London: Consumption and Domesticity after the Plague will be out this August. Her earlier works by her include; People of the Parish (Philadelphia, 2001), Good Women of the Parish (Philadelphia, 2008), Women and Gender in the Western Past, with Allyson Poska. 2 vols. (Boston, 2007). She received her PhD from the University of Minnesota’s own Department of History in 1993.

Rebecca Krug's scholarship concerns the history of women's literacy in the later Middle Ages. She has published two books, Reading Families:  Women's Literate Practice in Late Medieval England (Cornell, 2002) and Margery Kempe and the Lonely Reader (Cornell, 2017) as well as numerous essays. She is currently working on several projects including a monograph about women's authorship in the European Middle Ages.

Event is sponsored by the Eastside Freedom Library.
Share on: