The Art of Balance 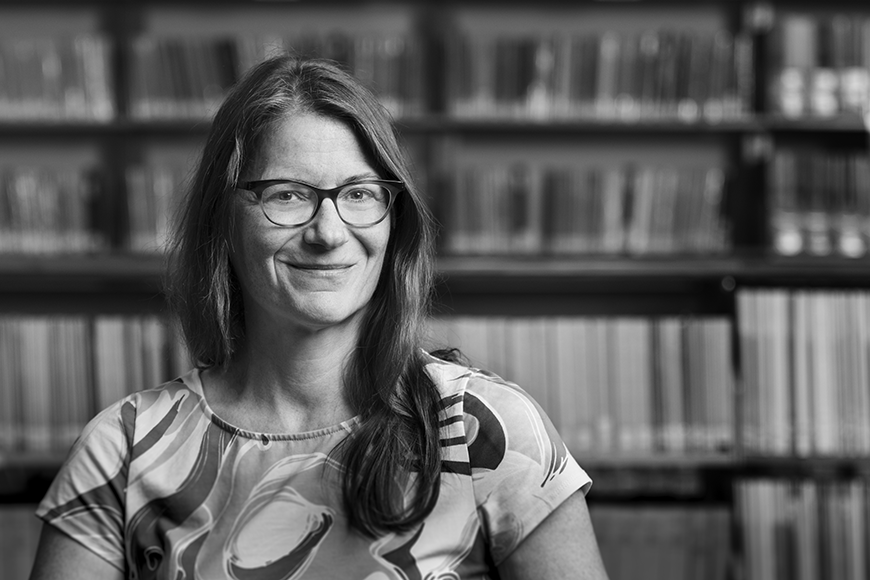 Several years ago, Jan Estep began to feel overwhelmed. She’d been teaching art at the U since 2002, and the demands of academic life were taking a toll. She enrolled in an intensive Mindfulness-Based Stress Reduction course and concluded that she’d been neglecting an entire aspect of her existence.

Estep grew up in West Virginia and began college as a pre-med major. Eventually, however, she was drawn to philosophy, and after graduate school she began teaching philosophy at Bucknell University, a small liberal arts college in Pennsylvania. “I really do love the big, open-ended, existential questions,” she says. “Why are we here? What’s my meaning? How do I know what’s real?”

“I think there’s not a singular truth, and any means you can access what’s true for you is important.” —Jan Estep

Estep realized that she wanted to be more creative in exploring these questions. So she moved to the Midwest to study and teach philosophy at the School of the Art Institute of Chicago, and began making conceptual art. In 2007, she began a series of maps, including one that traces a route through the rugged Great Salt Lake Desert of Utah. As part of the project, she wrote an essay about the relationship between language and the land, divided it up, and buried it in various places along the route.

By the time she began her last map, in 2011, mindfulness had started to change her approach. It’s a map of all the known suicides in the Grand Canyon and includes an essay “about being in this place of awesome beauty,” she says, “and imagining people so overcome with pain they can’t see the beauty around them.” She spent a week silently visiting the suicide locations along the canyon rim, and honoring each person with a meditation.

“For many years, I understood the search for truth exclusively as an intellectual exercise. I think there is truth there, in the mind, but my body knows what it needs and wants too. So I think there’s not a singular truth, and any means you can access what’s true for you is important.”

For the last few years, she’s been teaching a class called Art and Yoga, which begins with pranayama (breathing exercises), chanting, and yoga before moving into creative exploration. It’s as much about the process as the product, which is how she tends to work these days―meditating before deciding whether to paint or draw or do something completely different. “It seems like my entire education and career trajectory is toward more and more integration. It started with my intellect, but then brought in the body and now the spirit.”

The combination of art and mindfulness has enabled her to reach more people, not just students who identify as artists. Now she wants to take this teaching on the road, so to speak, outside the academic context. “My work is not just about the art anymore,” she says. “It’s about helping people ease their suffering, helping them understand they’re not alone in this human condition we all share.”