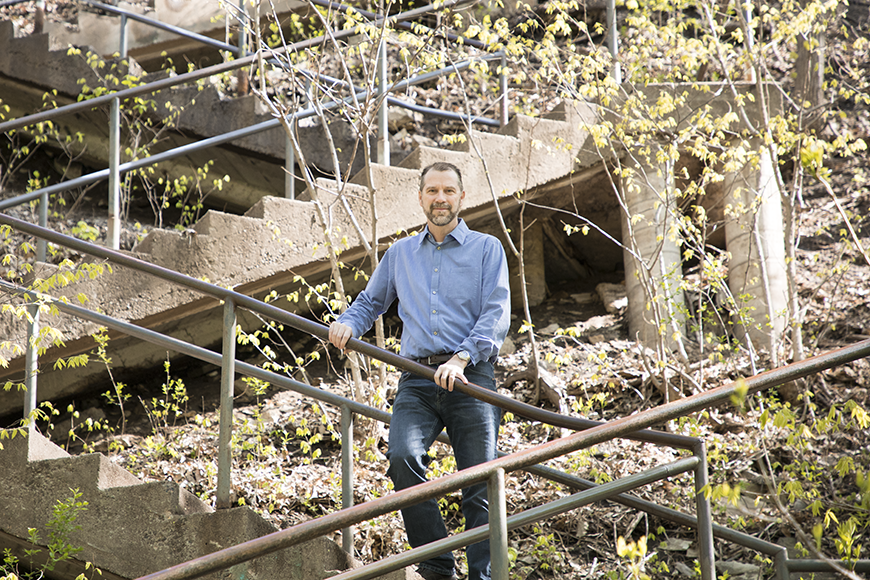 Kurt Kipfmueller used to think humankind’s relationship to nature could best be described as hands-off. True wilderness, he believed, could only be considered such so long as human influence was extremely limited. Now, an associate professor of Geography, Environment and Society, he’s spent years researching wildfire ecology and analyzing tree rings collected from Minnesota’s Boundary Waters Canoe Area Wilderness (BWCAW), Cass Lake, the Apostle Islands, and other areas of the Upper Great Lakes. What he’s learned has not only shifted his thinking; it’s helped him better understand the complexity of humans’ relationship to nature, and how knowing more about the past could help us maintain resilient forests for the future.

“It’s been an emotional and intellectual struggle for me, but the word natural means something much different to me now than it used to,” he says, explaining how early on, his work was primarily in areas that had not been widely visited or used by Native Americans. But about 10 years ago, master’s student Lane Johnson told him that he wanted to study how fires set by Native Americans in the BWCAW might have affected the forests over time. Kipfmueller was skeptical. But he went along on a canoe trip to the Canadian border where Johnson showed him trees and stumps with preserved wounds from many repeated fires. Paddling on, they found more and more trees with fire injuries, recording more fires than Kipfmueller had ever seen in Great Lakes forests, and seemingly more than could have resulted from natural causes like lightning. It was clear that they needed to learn more about how humans may have influenced what’s considered iconic wilderness in Minnesota and is also the most visited wilderness area in the United States.

Over the years, Kipfmueller and his colleagues have expanded on what is known about the ecological role of fire in the Boundary Waters. Their work builds on the Herculean efforts of Miron “Bud” Heinselman, a US Forest Service researcher and early advocate of fire ecology in wilderness landscapes, as well as Ojibwe stories passed down through oral tradition and explorers’ journals.

Funded in part by the National Science Foundation, Kipfmueller and his colleagues now have data on fires in the BWCAW going back 400 years. We now know that the Ojibwe routinely burned parts of the red and white pine forests to clear trails and promote the growth of blueberries and other edible plants in the 1700s into the early 1800s. But those restorative burns declined dramatically after the arrival of white settlers, who increasingly emphasized the danger of fires and cut more and more trees down for timber.

In the absence of periodic fires, the red pine forests of the Boundary Waters have been gradually disappearing from the landscape. Fire, it’s now well understood, played a key role in the rejuvenation of the iconic trees that, for many, are the essence of the BWCAW. And that understanding raises some challenging questions for those who manage the BWCAW and other public lands—as well as everyone else who grapples with humans’ relationship to nature in this time of rapid climate change. Perhaps the first step, Kipfmueller suggests, could be to stop believing we are managers of the landscape, and instead consider ourselves more as active stewards. “It’s a judgment call. We could argue that we need to let nature take its course. But if we don’t intervene, the red pine forests in the Boundary Waters will be gone and other species will take their place.”

This story is a section of a larger article "The Nature of Change: Exploring Humanity's Response to an Evolving Earth" in CLA's special edition, 150th anniversary publication.