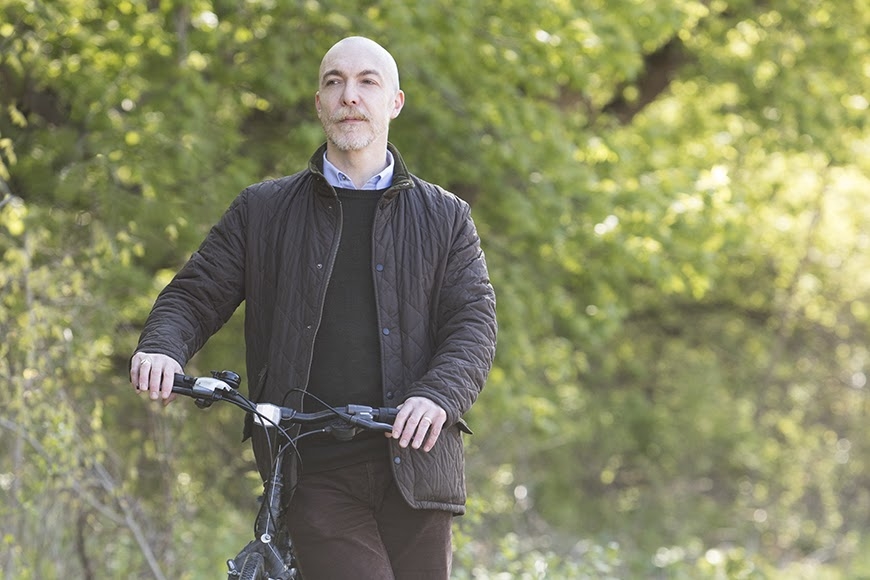 Learning from Outer Space
Associate Professor David Valentine is a cultural and linguistic anthropologist, which means “I spend a lot of time seeking to understand how humans go about the business of being human in all of its complexity and diversity,” he explains. Ordinarily, Valentine’s work focuses on what it means to be human in our earthly environment. But over the last several years, he’s turned his sights on outer space, specifically the commercial space settlement movement.

For years scientists and entrepreneurs have been exploring ways to enable humans to live permanently in a variety of places in outer space. Curious about the ways European colonialism is analogous to space settlement, and why advocates are so committed to a future they would most likely never see for themselves, Valentine spent six years conducting research at more than 40 commercial space conferences. He learned that while profit is a key motivation, most of those working tirelessly toward an extraterrestrial future are doing so because they believe that’s the only way the humans, and Earth’s nature, will survive.

For Valentine, who’s currently working on a book with the tentative title Leaving Earth, all of this planning for future in space has inspired questions about humans’ relationship to our own planet. What does it mean to be human in our earthly environment? And maybe more importantly: How are colonial precedents on Earth upended by the radically different conditions of space? “European colonialism was built on the premise that nature is something that humans are above or outside, but that kind of thinking isn’t going to work on Mars, or the moons of Jupiter, or in an artificially constructed rotating station. In those environments, everything will have to be monitored, changed, and adapted to avoid immediate disaster,” Valentine says.

In other words, humans may find ways to transpose what we know as the natural world to outer space. But in recreating Earth’s nature in different gravity, or in the absence of Earth’s atmosphere, every living thing could be easily wiped out by a simple, unanticipated relationship—a chemical reaction, a bacterial mutation, or a social conflict. “Humans have evolved in relationship to Earth’s environment for hundreds of thousands of years, so what we call nature proves a kind of absorptive buffer to human activity,” Valentine explains. “But there is no buffer on Mars, and space settlement advocates constantly grapple with this issue, thinking that human ingenuity can solve all problems.”  Valentine doesn’t agree. He believes it will take a new kind of imagination if humans are ever to move into space. And it’s the same kind of imagination we need right here on Earth if we are going to do anything meaningful about climate change. To his mind, it’s the modern Western belief that humans are separate from nature that’s led to the climate change crisis.

So just as we would have to do on Mars, humans need to redevelop an ethical, interconnected relationship with nature, revising historical injustices and expanding our understanding. “I propose in my work, and my book, that perhaps we could learn something from human settlement on Mars that would help us here on a rapidly changing Earth,” Valentine says. “What if that could help us reimagine how we continue to live on this planet? That might be precisely what we need.”

“If we don’t intervene, the red pine forests in the Boundary Waters will be gone and other species will take their place.” —Kurt Kipfmueller

“In 1970, a Japanese farmer remarking on his fertilizer and pesticide use said, ‘I used to think nature was out there, but now I realize it’s within me.’” —Christine Marran

This story is a section of a larger article, The Nature of Change: Exploring Humanity's Response to an Evolving Earth