The Myth of STEM 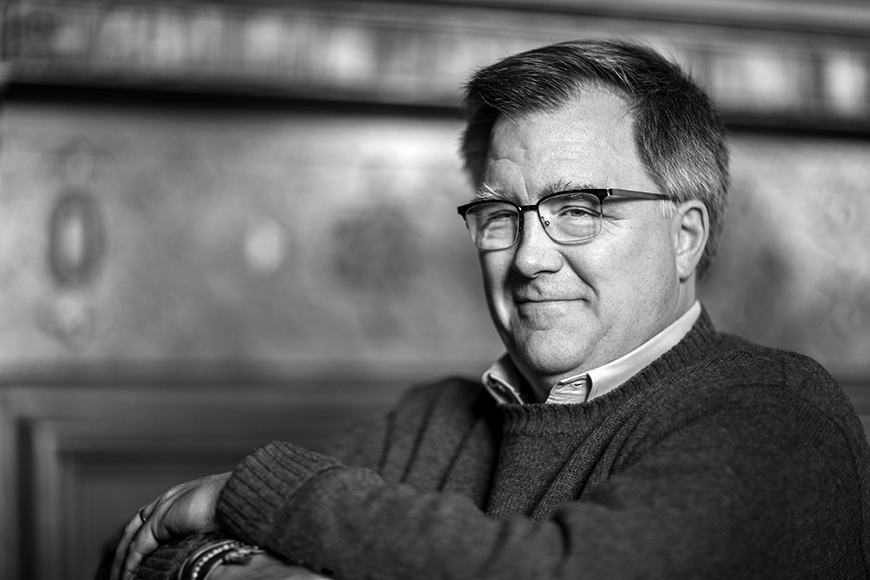 In a recent talk at St. Olaf University, J.B. Shank showed a slide purporting to be a taxonomy of the world’s animals as defined in ancient China, including “those that belong to the emperor, embalmed ones, those that are trained, fabulous ones, stray dogs,” etc. It was a joke—a wry passage from a Jorge Luis Borges essay—with a serious point: there’s more than one way to understand the world, and insisting on a “right way” is, well, silly.

Shank questions the emphasis on STEM, the technical disciplines grouped as science, technology, engineering, and mathematics. Elevating these aspects of knowledge everywhere from preschools to universities implies that they’re the definitive means of knowing, he says.

“There are ways of knowing that are not strictly objective, mathematical, or quantitative, and they’re central to understanding an ecosystem or the generation of life or even physical, mechanical systems.” In fact, he argues, “Historically, the arts and sciences were not opposites, they were very much entangled.”

Shank grew up in Ohio and Massachusetts, and after college taught history and art history at private schools in California and the Washington, D.C. area. While in D.C., he took evening classes at St. John’s College, which eschews majors in favor of reading early Western thinkers like Euclid and Aristotle. He was struck by how little their work conformed to modern academic disciplines, drawing no hard lines between math and faith, reason, and mysticism. Western thought, Shank realized, is a mutt.

“Historically, the arts and sciences were not opposites, they were very much entangled.” —J.B. Shank

At Stanford, where he began his PhD in 1992, it became clear to Shank that the history we’ve inherited—of this stark boundary between science and the arts—was at some point distorted. “I recognized there’s a historical reality that’s been effaced, and there’s a lot of historical work to be done actively dispelling these modernist myths.”

Shank joined the U in 2000. In 2008, he published The Newton Wars and the Beginning of the French Enlightenment, in which he challenges the notion that Isaac Newton’s solitary genius jump-started the modern era. (He followed it with 2018’s Before Voltaire: The French Origins of “Newtonian” Mechanics, 1680–1715.) What happened to polymaths like Newton and Galileo, he believes, was a kind of reimagining to fit a narrow view of science—intensified during the Cold War, when achievements like the moon landing were seen as triumphs of rationalism. Newton, who wrote Biblical criticism and blended mathematics with religion, became “someone you might run into at the Jet Propulsion Laboratory.”

This fall, Shank will teach a course he developed with Michael Gaudio, chair of the art history department, called Age of Curiosity: Art and Knowledge in Europe, 1400–1800. It explores how some of the most recognizable artists of centuries past—Da Vinci, Vermeer, Rembrandt—were also deeply engaged in the sciences. And how the thinkers regarded as scientists were, equally, artists.

Our instinct to range widely in the search for truth never really died, of course. In 2014, Shank became founding director of the Andrew W. Mellon Foundation Consortium for the Study of the Premodern World, based at the U. It’s a way for various centers of historical research to explore the liminal moments when we supposedly lurched toward the light, collaboratively and across disciplines. “It’s a world that still exists, if we let it operate.”