Understanding Nature is Within 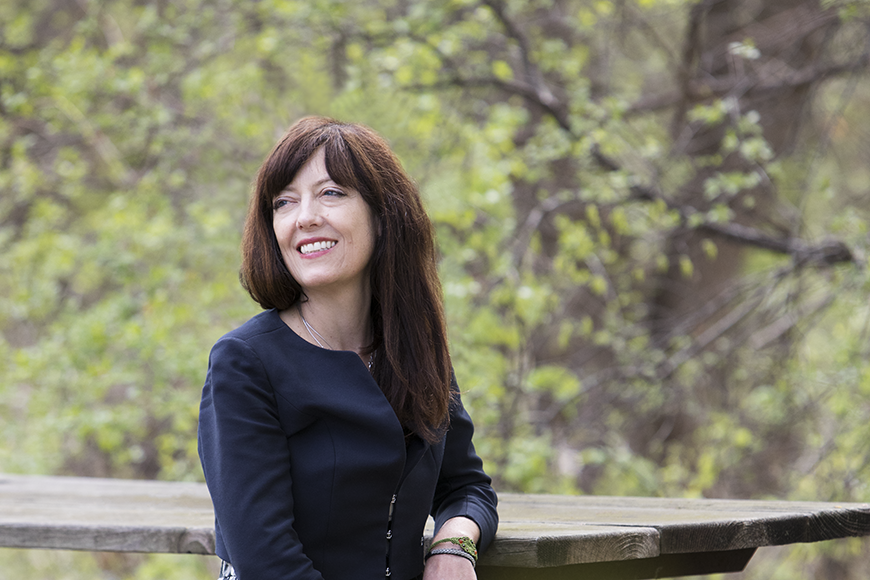 In her recent book Ecology Without Culture: Aesthetics for a Toxic World, Christine Marran, chair of the Department of Asian and Middle Eastern Studies and a professor of Japanese Literature and Cultural Studies, challenges the human-centric view of nature, arguing that meaningful environmental thinking happens only when humans recognize our deep connections to the material world. “Humans have long viewed themselves as more special than anything else, and that impedes our ability to think critically about the environment,” she explains.

Marran’s cultural studies perspective makes her exploration of the relationship between humans and the environment a multilayered challenge. Some of her research focuses on examining how nations have used the concept of nature to describe themselves through time. For example, during Japan’s period of colonial expansion, Japanese intellectual Shigetaka Shiga intentionally used the word “biodiverse” to describe the country’s trees. What he was implying, Marran says, “was that Japan should rightly be diverse, and its imperialist endeavor was ‘only natural’.”

But environmental issues can’t be addressed through the lens of such cultural conceptions of nature. And in Ecology Without Culture, she shows that environmental thinking requires an understanding of the natural world and an acknowledgement of the histories of species, land, and water. Inspired by artists, writers, and documentary filmmakers whose work focuses on environmental pollution, she examines the ways people and their communities have been shaped by devastating events, such as the severe mercury poisoning people suffered in the Japanese fishing village, Minamata, in the 1950s to the 1970s. “They were poisoned by eating the fish they caught in water that was contaminated by toxic levels of mercury,” Marran explains.

Filmmaker Noriaki Tsuchimoto documented what happened in a series of films that began with Minamata: The Victims and Their World, and a new community emerged as thousands of people struggled with what was dubbed Minamata disease. “This catastrophe made the whole concept of these people being Japanese citizens secondary,” she continues. “What they have in common is that they were poisoned along with their environment, and that happens in all kinds of communities in which people are exposed to things like toxins or radiation. What connects these people is what they are going through.”

Analyzing environmental pollution through the eyes of artists makes sense to Marran, a co-convener of CLA’s Environmental Humanities Initiative (see sidebar), because artists, writers, and filmmakers are able to offer multiple perspectives in their work, some of which go beyond human concerns, making it clear that environmental health is also at stake. Getting beyond humanistic concerns is imperative, she says, if we really want to solve the complexities of environmental pollution. “In 1970, a Japanese farmer remarking on his fertilizer and pesticide use said, ‘I used to think nature was out there, but now I realize it’s within me.’ Looking at how toxins affect humans and the environment makes that really clear. Nature is not out there because our bodies contain what’s in the environment—in our food, water, and air. At this point, no one and no place on the planet is untouched.”

This story is a section of a larger article, The Nature of Change: Exploring Humanity's Response to an Evolving Earth