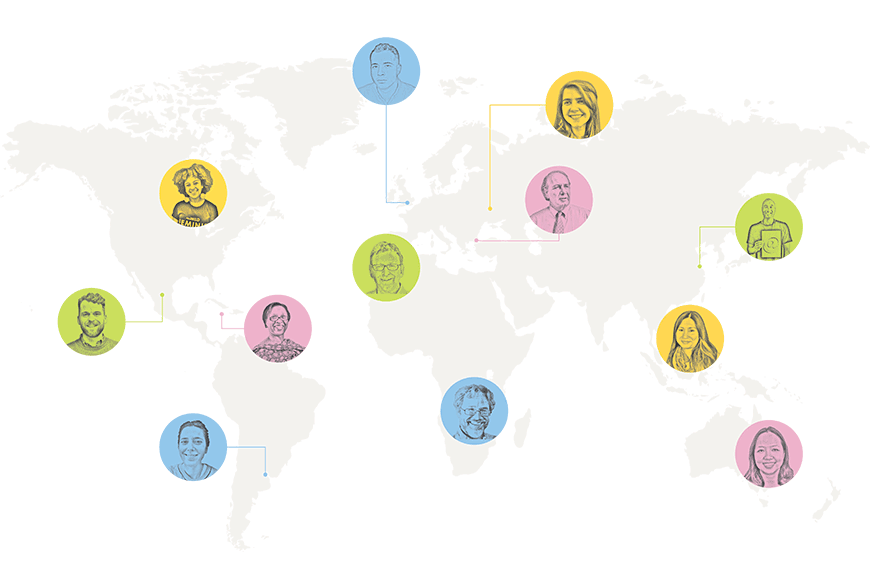 Ours is a global world, marked by unprecedented flows of information, ideas, capital, and people across borders. CLA faculty and students address global challenges through research and applied experiences grounded in knowledge of societies and cultures around the world.

Gifts to CLA have far-reaching and significant impact abroad and at home. 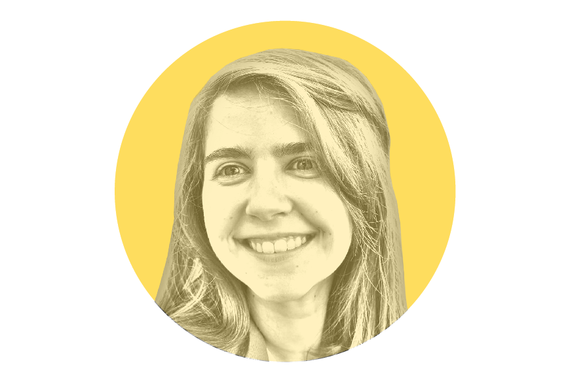 A Hedley Donovan scholarship sent Shayna Allen (BA ‘19, history) to Ukraine to gather testimonies from participants of a Peace summit in Kiev. “With the annexation of Crimea, the Russian-Ukrainian War on the east, and the new leadership in Ukraine, I decided it was an important time to shed light on the work of Ukrainian activists who are pursuing the democratic development of Ukraine.” 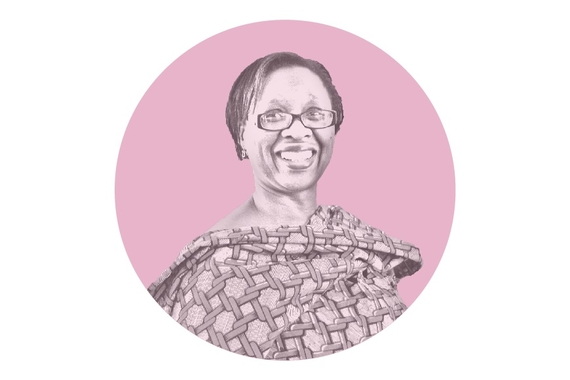 Associate Professor Akosua Obuo Addo observes how music in the classroom leads to success for early childhood and primary-school students in Jamaica. “I have seen the impact of music in children’s lives and on teacher education both while teaching in Jamaica and through the annual forums I lead at the School of Music.” The Parker Sanders Fund for Music; the Organization for Strategy Development in Jamaica; and the Jamaican Ministry of Education, Youth, and Information Support Obuo Addo’s collaborations in Jamaica. 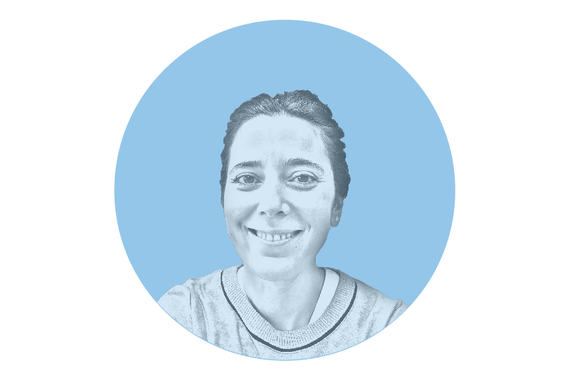 At the Pontifical Catholic University of Argentina, Maria Elisa Belfiori (PhD ’13, economics) studies the design of climate policies. “With an average lifetime of 300 years, carbon dioxide emissions matter to unborn generations the most. That’s why I study optimal climate policies that internalize both the economic externality and the intergenerational aspects of climate change.” The Henry R. Sandor Fellowship in Environmental Economics fueled her studies at the U of M. 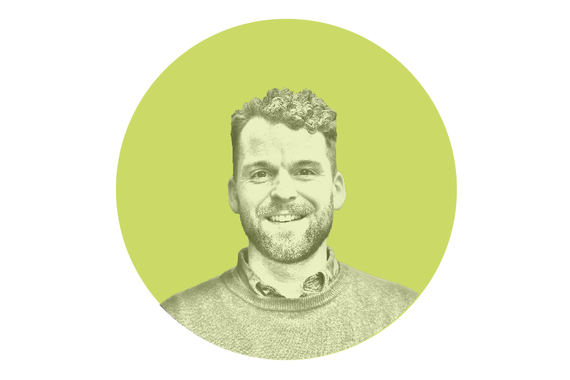 Hunter Johnson (MA ’20) is producing a documentary on the role of the press in combating enforced disappearances and impunity in Mexico. “Since 2006, over 40,000 people have disappeared in Mexico. This film illustrates how exceptional reporters work with victims’ families to demand state accountability in the search for their loved ones, helping to put an end to this ongoing human-rights crisis.” Johnson received the Dunn Peace Research Scholarship to investigate and film this project in Mexico. 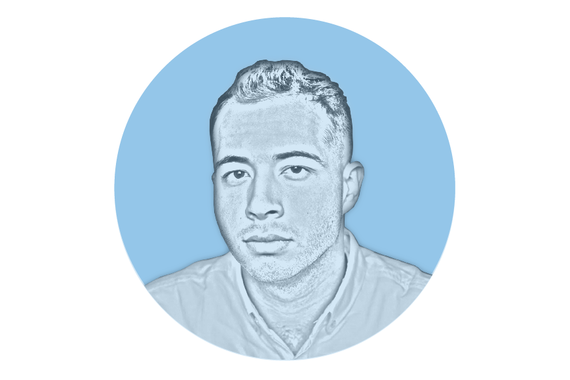 Thaddeus Kaszuba-Dias (BFA ’19, acting) spent a semester at the iconic Globe Theatre in London. “This opportunity helped me gain a global perspective on the legacy of theatre internationally and inspired me to set career goals to contribute to that legacy.” Donors to the University of Minnesota/Guthrie Theater BFA Actor Training Program made this experience possible. 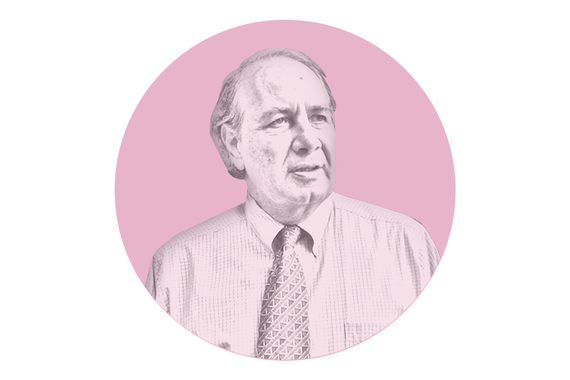 Professor Nabil Matar’s work on early modern travelers, traders, and captives in the Mediterranean world has opened new avenues of study, not only because he has provided the first English translation of several 17th- and 18th-century Arabic travel narratives, but also because of his astute analysis of the religious, political, and cultural exchange between Arabs and Europeans, Muslims and Christians. He holds the Samuel Russell Chair in the Humanities. “I grew up relating to two religions, Christianity and Islam, very intensely. And that’s what I still do: how can you bring them together?" 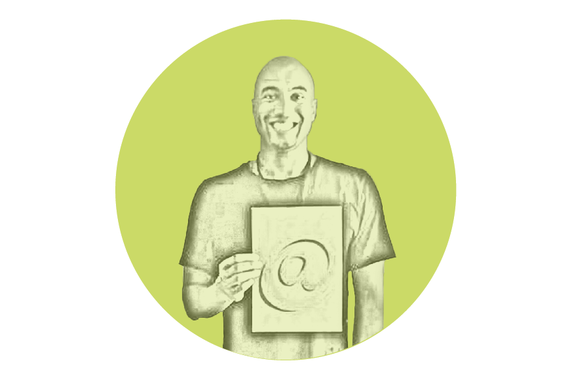 Martin Miller (BA '18, Asian languages & literatures), received the Lawrence Scholarship for Experiential Learning and spent a semester in Shanghai, China. During his time abroad, he interned at a film production company, Pearl Studio. The experience paved the way for launching his own TV show. “If I could do it again, I’d do it in a heartbeat.” 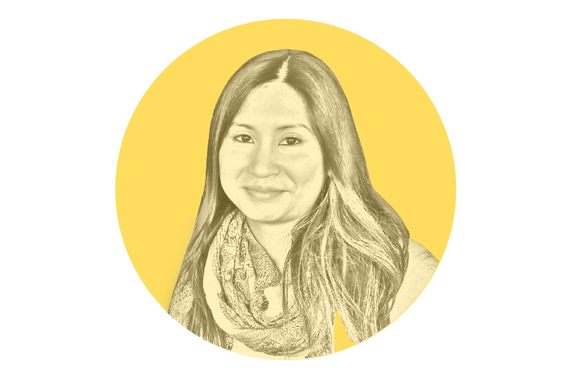 Farrah Tek’s parents immigrated to the US in 1981 after surviving the Khmer Rouge’s totalitarian rule. Now she’s a PhD candidate and N. Marbury Efimenco Fellow in Political Science conducting field research on labor and land groups in Cambodia. “In the barest sense, I study how so-called ‘powerless’ people make something out of nothing under the most unfavorable of conditions. Without romanticizing notions of the resiliency of struggling communities, my research is a story of human agency in one of the most repressive contexts.” 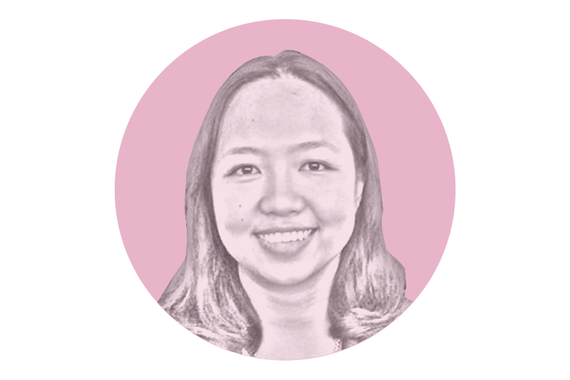 Jasmine Trang Ha (PhD ’18, sociology) is a fellow at the Australian National University in Canberra. “People tend to view international students as tourists and that view overlooks their concurrent day-to-day experience as migrants living for several years in an increasingly restrictive immigration regime. My research shows the impact of the migrant experience on international students’ migration patterns both into and within the United States.” The Don A. Martindale Fellowship supported her studies at the U. 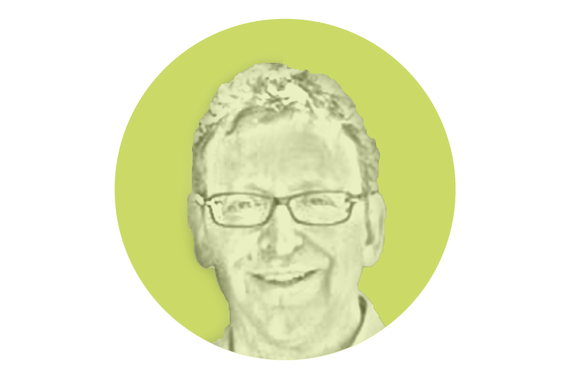 Professor Daniel Schroeter holds the Amos S. Deinard Memorial Chair in Jewish History. He studies Muslim-Jewish relations from early modern times to the present in the Middle East and North Africa, with a particular focus on Morocco. “In an age when all the public hears about is intercommunal violence and intractable conflict in the Middle East, it is instructive to learn that amid the interfaith tensions there is a long history of coexistence between Muslims and Jews, a shared culture and experience that can be the foundation for mutual understanding and peace.” 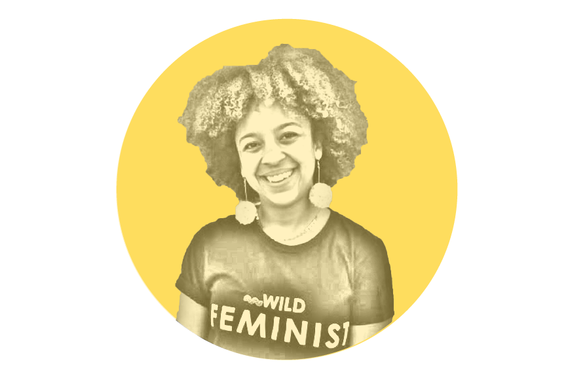 Alex West Steinman (BA ’11, journalism) is making a difference right here at home. “I believe when women and nonbinary individuals step into their economic power, they put their resources back into their community and their own personal and professional development. I’m proud to create space for the magic that happens when community comes together.” West Steinman graduated at the top of her class and was recognized with the prestigious Selmer Birkelo Scholarship. 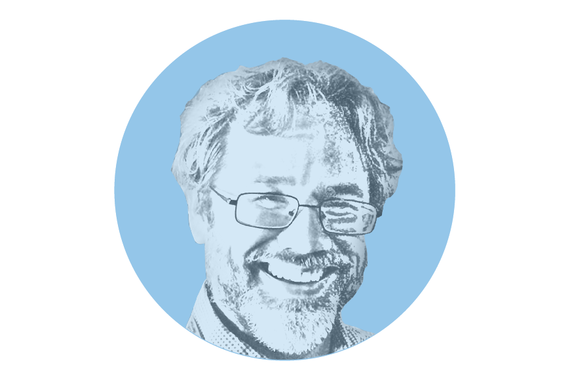 Associate Professor Michael Wilson studies chimpanzees to unlock greater understanding of our own evolution. “The behavior and biology of chimpanzees provide fascinating insights into the possible lives of our ancestors. They offer a context for understanding ourselves today.” He received a Talle Faculty Research Award to conduct field research at Gombe National Park in Tanzania.