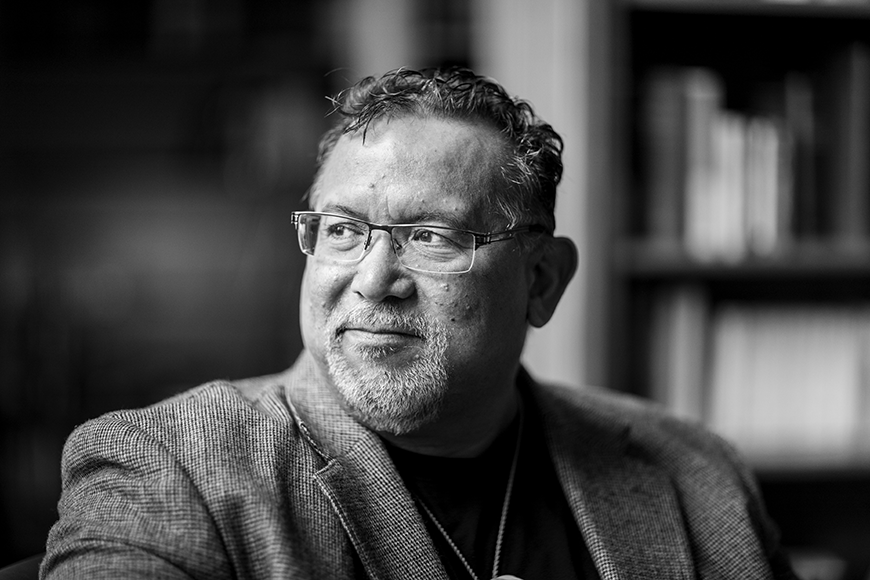 When Vince Diaz was growing up on the island of Guam, a territory of the United States in the Pacific, he knew very little about canoes. He was a jock who played baseball and basketball and football. When he left in 1980, it was to play football for the University of Hawaii.

Then in 1983 he saw a film called The Navigators about the nascent revival of Pacific islander canoe voyaging, and realized what he’d been missing: his heritage. A great seafaring tradition had enabled people from Southeast Asian islands to populate the Pacific—thousands of islands across a vast area—but was nearly lost after colonization, along with the memory that it had been done. Only in 1976 had researchers shown it was possible, sailing a traditional canoe from Hawaii to Tahiti.

Diaz wanted in. After earning his doctorate, he returned home and taught his island’s history at the University of Guam. He worked with navigators from the Micronesian island of Polowat, where the tradition had survived. He helped his community build the first canoe house in Guam in centuries, refurbish a sailing canoe, and acquire another. He spent most of the 1990s, Diaz says, “challenging centuries of colonial perspectives that I’d internalized.”

Diaz was drawn to the U in 2015 partly because of the region’s canoe culture. In his office in Scott Hall, where he teaches in the Department of American Indian Studies, he has models of a traditional Pacific outrigger canoe, an Ojibwe birchbark canoe, and a Dakota dugout canoe—modes of travel that belie the colonial notion of native people as “stuck in time and place.”

“The West has never associated native people with mobility,” Diaz says, “except in the condescending sense of nomads, to suggest that they don’t have a strong connection to the land—so it’s okay to take it. Movement, progress, technological development, all that is somehow the exclusive preserve of the West.”

“The more you learn about voyaging, the more you realize that truth and knowledge are just conventions of certain peoples.” —Vince Diaz

Before joining the U, Diaz searched the internet for Pacific Islanders in Minnesota and discovered the town of Milan, where Micronesian immigrants comprise most of the population. Diaz introduced himself, and soon they were sailing his 20-foot outrigger canoe on a nearby lake. He connected with Dakota leaders, too, with help from Dakota colleagues at the U and elsewhere. With their blessing, he and the Micronesians sailed the outrigger near Fort Snelling in 2017—a confluence of canoe cultures.

“The more you learn about voyaging, the more you realize that truth and knowledge are just conventions of certain peoples,” Diaz says. There are other forms of knowledge, just as true. The ancient Pacific navigation method known as etak, for instance, appears radically different from Western methods; navigators at sea think of their canoe as stationary while the islands are imagined as moving in relation to the stars. Yet it’s a form of science, a study of stars and currents and local ecologies, and its principles can be applied to some of the most pressing issues of our time.

Diaz is working on a virtual reality program, with Dan Keefe in the Department of Computer Science and Engineering, that simulates parts of Micronesia, enabling islanders displaced by climate change or other threats to reconnect with their homeland. This summer, as part of an initiative by several U researchers to revitalize traditional ecological knowledge (TEK), he’s bringing a master navigator from Micronesia to Milan. He envisions the islanders in a park, surrounded by cornfields, with a map of the constellations. They put on virtual-reality glasses and are suddenly in a canoe, paddling the Pacific, following the stars. Without ever moving, they’re going home.