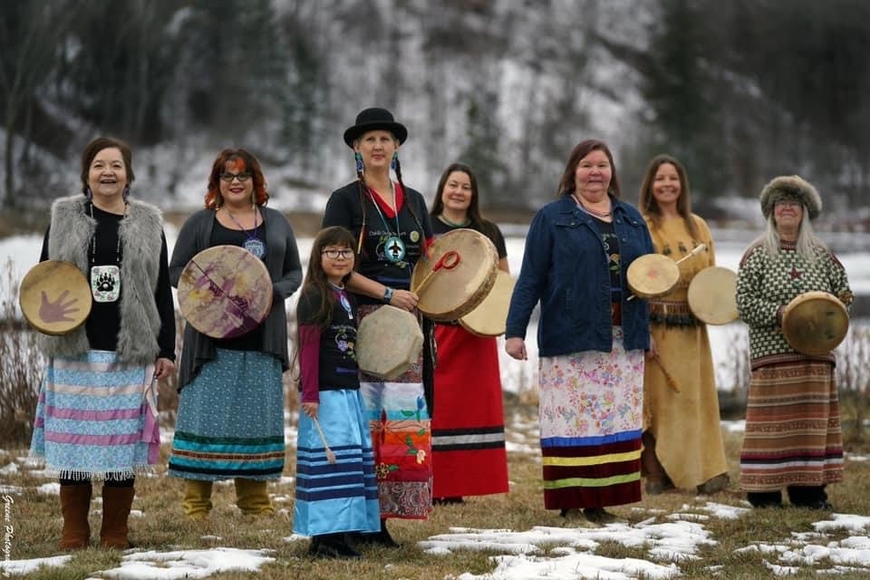 This School of Music event is free and open to the public.

Paul Chiyoken Wagner is a member of WSANIC’ (Saanich) First Nations, and has been speaking out on social environmental issues since he was a boy at City Hall meetings working to keep toxic fluoride out of drinking water. A Coast Salish Storyteller and award winning Native American flutist he is a strong advocate of ancient ways and teachings of the circle of life as well as the return of our elder women to guide our societies into life.

The Hoka Hey Singers come from South Minneapolis, and have performed across the region. The group has members from multiple tribes (Lakota, Hochunk & Ojibwe).

Oshkii Giizhik Singers (OGS) is a group of Indigenous women singers and hand drummers from Northern Minnesota. Founded in 2006, the group has had dozens of Native women and elders from the region sing and share teachings over the years. The group was the first women’s drum group to receive a NAMMY award for “best traditional recording” in 2009, and owe that distinction to the many women’s drum groups that paved the way for them.

Thank you to the following sponsors: