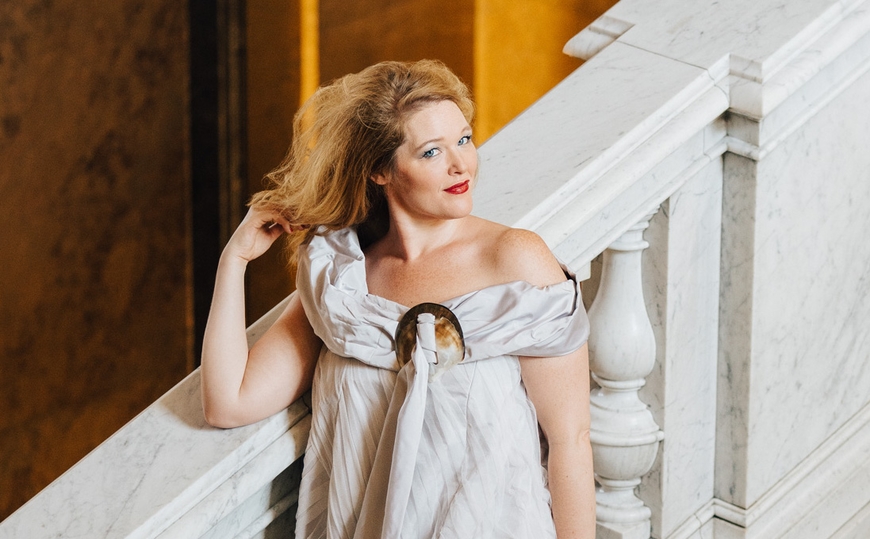 School of Music vocal arts alumna Anne Wieben is a professional opera singer based in Vienna, Austria and the founder and creative director of Opera on the Lake, Minnesota’s newest opera festival. Wieben and a cast of international and local talent—including U of M alumni—will present Johann Strauss, Jr.’s famous operetta Die Fledermaus (“The Bat”) on July 24, 26 and 27 at the Como Lakeside Pavilion in Saint Paul.

Anne answers questions about her inspiration for Opera on the Lake and shares her experiences at the University of Minnesota that propelled her towards her career in opera.

What is Opera on the Lake? We love it already.

Good! I want people to love it!  The whole idea behind Opera on the Lake is to bring the art form I love so much to the people of Minnesota in a different way. Minnesotans love to do just about everything on the lake, so why not add “going to the opera” to that list? I chose to do Die Fledermaus as our first production because it is an easy story to understand, it is quite funny and it’s just really really beautiful music. Everything is sung in German, but the dialogue is in English. You can just relax by the lake, have a drink and enjoy the show.

How did you come up with the concept?

The idea came to me about three years ago when I was telling a friend here in Minnesota about a production I had done in swimming pools in Austria. She said, “Oh! I want you to do that here! On a lake!” A few days later, my husband said, “Anne, you should really do it. Make Opera on the Lake happen!” I have to give him a lot of credit for encouraging me to finally make the idea a reality. My sister is the one who thought of the Como Lakeside Pavilion in Saint Paul. We went to scout out the site last summer, and the folks at the Pavillion said “Yes. Absolutely. You should do this here.” When I saw how beautiful the Pavillion was, I knew that’s where it would be. Everything seemed to line up, so why not give it a try? I’ll admit— it is a lot of work, but I truly love it. And nobody can do any of this alone. It takes a village to produce an opera, and I am so thankful for everyone who has helped and encouraged me!

Why did you decide to produce Opera on the Lake in the US?

Opera is, for the most part, something that is done in a certain way, especially in Vienna, a city that’s very cemented in and proud of its culture. I mean, Mozart was just one of the many famous composers who wrote and produced operas in Vienna, so it’s just a different part of everyday culture over there. They have the huge opera houses and big state-funded productions. And don’t get me wrong, that is truly wonderful. But in my career, I’ve really enjoyed doing things that were more of a stretch, more on the fringe. For example, I work with an immersive theatre group and we act with the audience literally right next to us. And I’ve worked with a hugely creative company, Oper Rund Um, that does opera in unconventional spaces. I have been honestly surprised at how much the Viennese people seem to love these kinds of shows. I thought, “if audiences in Vienna like it, I bet audiences in America will like it even more.” I find that there’s a little more room for creativity over here. Americans tend to think more outside the box.

You are not just the founder and creative director of Opera on the Lake. You're singing the lead role of Rosalind and managing the booking, fundraising, marketing, and publicity too. Would you say your education at the U of M has prepared you for this work?

Absolutely! With a liberal arts background, there’s a confidence you gain in your ability to try something new and tackle anything that comes your way. The liberal arts are empowering like that. You don’t just learn one thing—you learn all around that one thing. With all the different subjects I studied, I know that whatever challenges present themselves, I have the skills to sit down and figure it out.

There are other U of M alumni on the cast. Did you meet them while you were a student here?

Yes! KrisAnne Weiss was a graduate student while I was an undergrad at the U and we both studied with Glenda Maurice. We’ve stayed in touch on Facebook, and she popped into mind instantly when I decided to launch this project. I know Nicholas Nelson from back in the day, too. I’ve also kept in touch with David Walsh over the years, too. He started as the Opera Director at the University during my undergrad, and he has been very helpful. He connected me with the School of Music to rent a room to hold auditions. And social media has been big. I put out a call for auditions via Facebook and that’s more or less how I got the rest of my fantastic cast.

You studied abroad in Vienna while you were a student. And you’re still there, working as a professional opera singer. How did you choose Vienna? Why did you stay?

Vienna found me! I hadn’t really thought of going to Austria. I mean, I barely knew any German. But the U of M had a music study abroad program with IES Vienna, complete with intensive German courses. I decided to do a whole year there before going to graduate school. David Walsh encouraged me to go. When he found out I was thinking about it he said “You have to go. You just have to go.” And I remember Barbara Kierig came up to me after my junior recital and said, “I hear you’re going to Vienna. I’ll never see you again.”

I fell in love with Vienna instantly and was fortunate enough to be offered a job in the IES Vienna study abroad office. So I finished my study abroad year, came back to Minnesota for two summer school classes to complete my degree and headed straight back to Vienna. During that second year, I started picking up some work, including a few performances of a children’s opera. The head of the Vienna Conservatory happened to be in the audience of one of those shows, and he convinced me to do my masters there. Once I graduated from the Conservatory,  I started getting more and more work—and the rest is history!

Besides buying tickets, how can we support Opera on the Lake?

I started this whole thing because I want Opera on the Lake to become a staple of the arts scene here in Minnesota. I want it to come back next summer, and the summer after that, and every summer thereafter. We’re fiscally sponsored by Springboard for the Arts—they are a godsend—so we can accept donations. You can visit our website at operaonthelake.com to buy tickets and donate to support the production so we can come back every year. 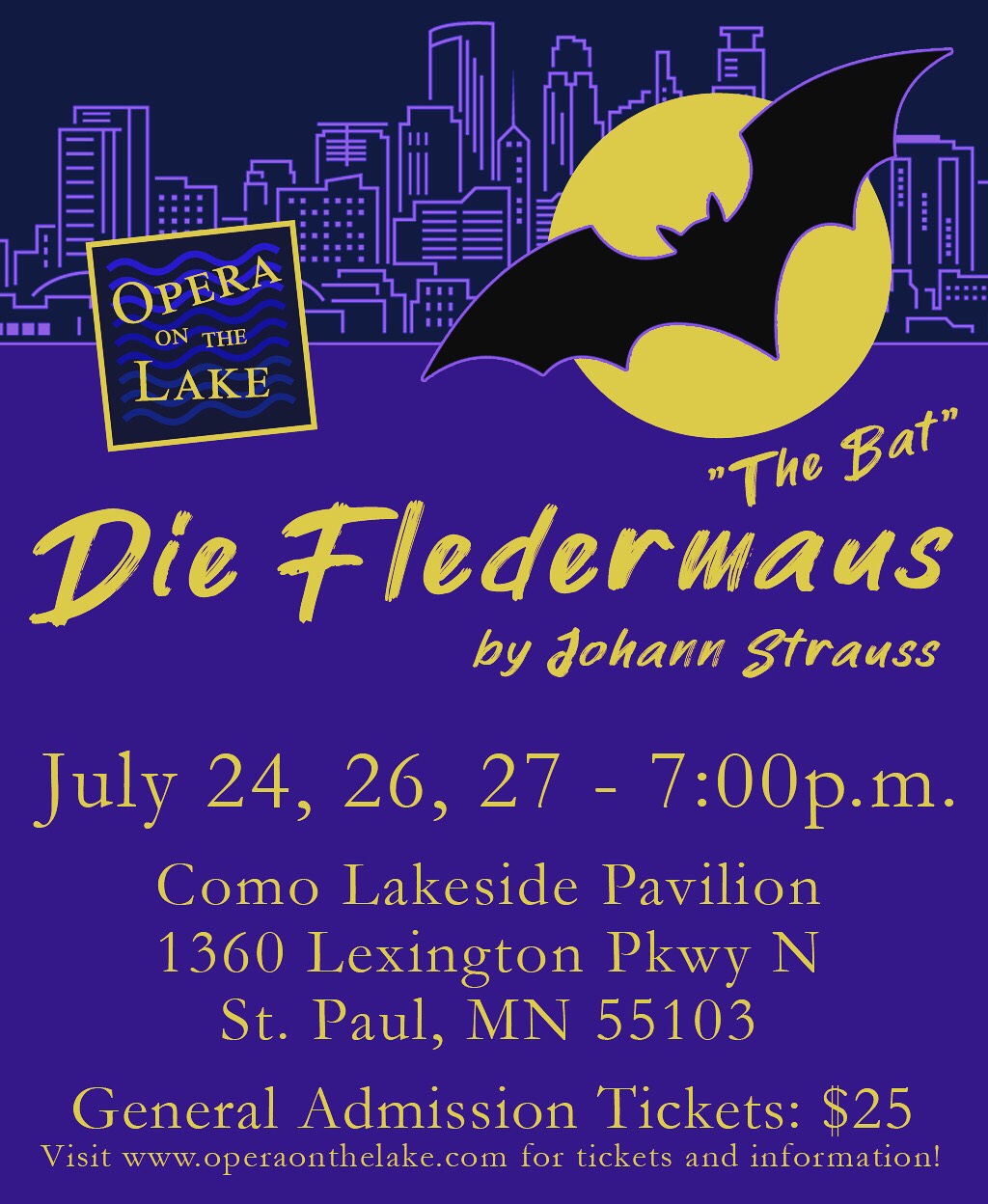 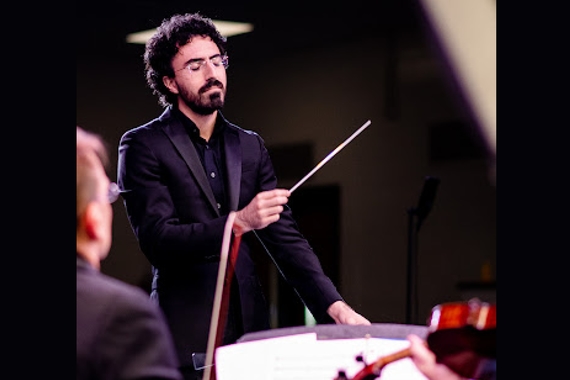 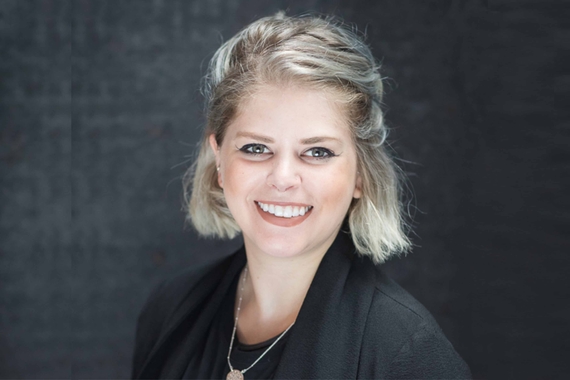 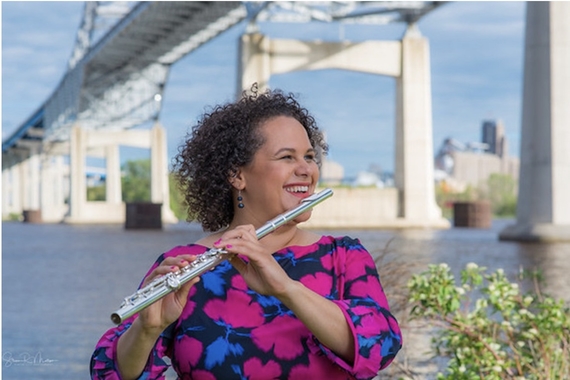