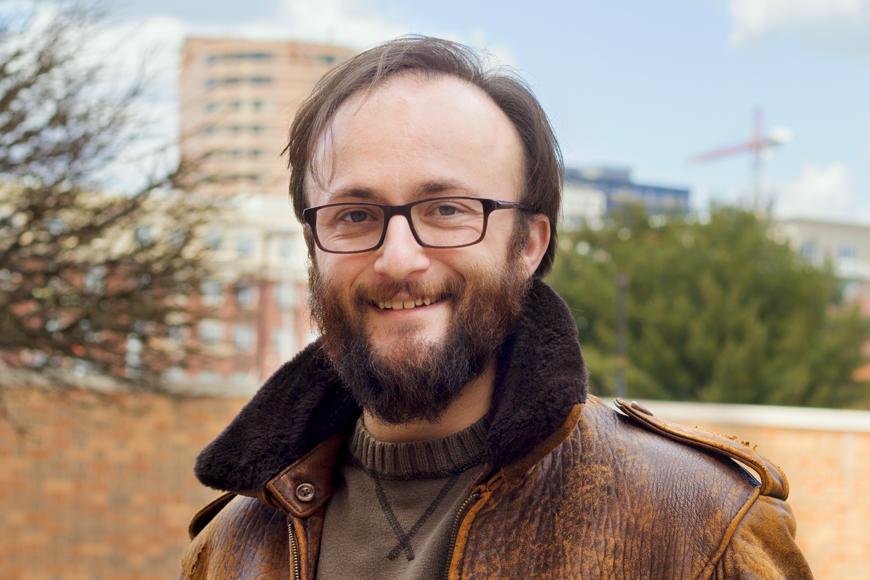 Do our scientific theories fully describe the world? Do electrons and electromagnetic fields really exist? What is a scientific theory anyway, and what sets science apart from other kinds of inquiry?

These are the kinds of questions that philosophers of science like Prof. Samuel C. Fletcher grapple with on a daily basis.

Fletcher had an early exposure to philosophy. In high school, he spent a summer at Johns Hopkins University’s Center for Talented Youth Program—informally known as “Nerd Camp”—where he took courses on ethics and existentialism. Today, Fletcher remembers that summer as “probably the most important intellectual influence of my whole life. It changed my understanding of myself and was really the first time I found a community of people who thought about things similar to how I did.”

Though most students don’t encounter academic philosophy until college, Fletcher has been striving to expose younger students to the subject, like he himself was at the Center for Talented Youth over fifteen years ago.

Fletcher emphasizes the importance of philosophy for younger students: “Studying philosophy produces better reasoners,” he explains. “Both in terms of evaluating other’s arguments and in constructing their own; it makes people more inquisitive and more skeptical of whatever authority says is the case, and these are all good things to instill in kids when they’re having their education.”

In January 2018, Fletcher gave a presentation on the philosophy of physics to the Honors Mentor Connection class at Wayzata High School. After introducing the students to the general questions that motivate philosophers of science, Fletcher discussed a particular problem to which he has devoted some of his recent research: are the laws of classical mechanics deterministic? In other words, given the positions, velocities, and masses of all particles in the universe, could we, in principle, determine what has happened and predict what will happen with complete accuracy? The traditional view is that classical mechanics is deterministic. As Fletcher puts it, “on the traditional interpretation of classical mechanics, if you know the positions and momenta of all particles, you know both everything that will happen and everything that has happened.”

Fletcher points out that this question is not only of interest to physicists but may have broader philosophical implications. For instance, if classical mechanics is deterministic, and if the behavior of human beings is subject to its laws, there might appear to be little room for human freedom; the laws of classical mechanics would determine any human action, and it would have been impossible to act otherwise.

Fletcher introduced the example of Norton’s Dome, a case that appears to challenge the traditional view that classical mechanics is deterministic. The example involves a particle resting on top of a rigid dome. Granting only a few assumptions about the particle and the dome, it turns out that the equations of classical mechanics fail to provide a unique solution as to when and in what direction the particle will slide down the side of the dome. “The particle at the apex of the dome may fall down at any time,” explains Fletcher. “So there’s not a single right answer as to when and where the particle will slide down the dome, but rather uncountably many right answers, each of which is compatible with the equations of classical mechanics.”

What this seems to suggest is that classical mechanics is not deterministic: Knowing the initial position, velocity, and mass of the particle at the top of the dome isn’t enough to determine when and in what direction it will slide down. “The example you provided with Norton’s Dome was so thought provoking in the questions that it raised,” wrote one student to Fletcher after the presentation. “It was really interesting to see many different mathematical concepts that I have learned in school and seeing them all combined and used in one example.”

Fletcher’s talk was well received by the high schoolers. “Your presentation to our class really stretched the boundaries of my thoughts and feelings on physics, philosophy, and science in general,” one student wrote to Fletcher. “Your presentation highlighted the importance of thinking conceptually and applying mathematical and scientific concepts to other areas of life outside of just school because they are prominent aspects of our lives.”

Many of the students had no prior exposure to philosophy of science and expressed interest in studying it further. “I have never been able to get exposure to the philosophy of physics in my classes,” one student wrote. “I’m grateful you provided us with this exposure. I found it really interesting and it’s something that I will definitely think more about in the future.” Another wrote: “Prior to your presentation, I had no idea that philosophy existed in the math and science arenas. It was really interesting to learn more about and explore this new world.”

Fletcher hopes to see himself and other professional philosophers engage in more of this kind of outreach to young people. “The more we can expose high school students to the various types of philosophical thinking the more they can become better informed consumers of education and better informed citizens,” says Fletcher.

Though many students in the class likely won’t pursue a career in academic philosophy, Fletcher stresses that exposure to philosophy is beneficial for everyone: “Philosophy is helpful and useful and enriches your life, whatever kind of life you decide to pursue. And in presenting to the Honors Mentor Connection class, I tried to give a little exposure to that way of thinking through the philosophy of physics.” The students seem to agree: “I think that understanding the world around us by asking the types of questions you guided us through is really important,” wrote one student to Fletcher. 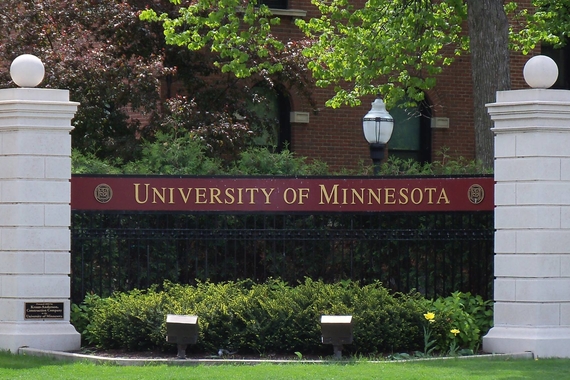 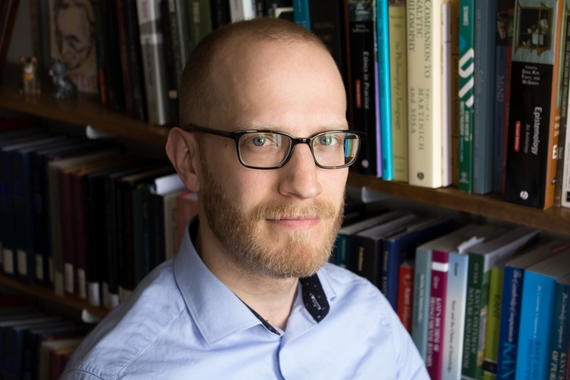