The Effect of Weapons on International Politics 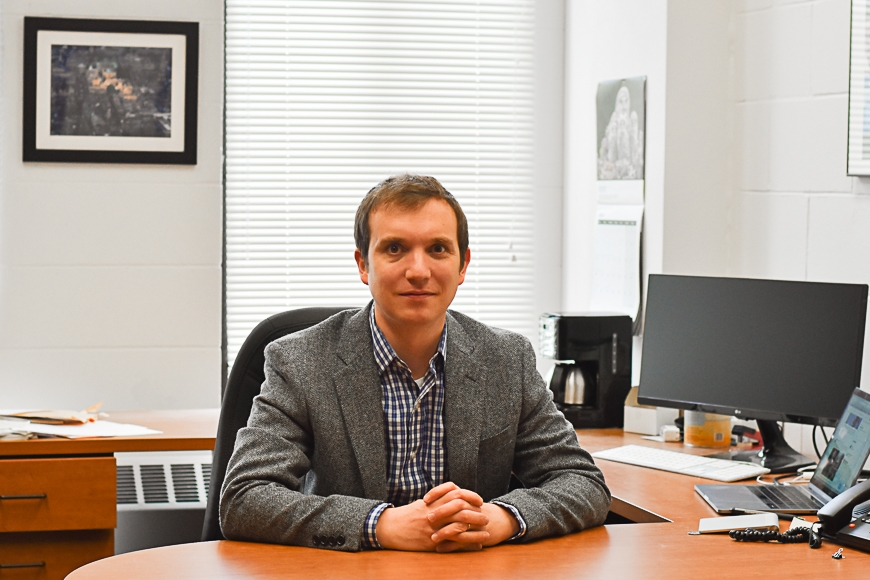 How are nuclear weapons used by nations? How are international politics affected by a country’s nuclear arsenal? Assistant Professor Mark Bell of the Department of Political Science discusses these questions in his essay, Nuclear Opportunism: A Theory of How States Use Nuclear Weapons in International Politics, which won the Amos Perlmutter Prize, given by the editors of the Journal of Strategic Studies.

Bell started at the University of Minnesota as an assistant professor in 2016. He teaches three undergraduate courses on US foreign policy, technology and war, and the politics of nuclear weapons.

Bell’s essay, Nuclear Opportunism, discusses “why states in different positions use nuclear weapons to try to achieve different things.” Bell tests this theory in a larger, book-length project titled Nuclear Revolutions: How States Use Nuclear Weapons in International Politics, which examines nuclear policy in the United States, United Kingdom, and South Africa, along with smaller case studies of other countries that have nuclear weapons. Both these works are extensions of Bell’s PhD dissertation.

While Bell uses several other countries as smaller case studies, he notably stays away from examining Iran or North Korea. “For political scientists, we generally are in the business of using evidence,” Bell attests, “for countries that either have only recently acquired or haven't yet acquired nuclear weapons, we don't have a lot of evidence. We can use our theories to make predictions, but we can't necessarily use those cases to test our theories.”

Gathering evidence for the American and British cases required archival work and looking at documents that involved policy makers. In the case of South Africa, because their archives weren’t preserved well, a lot of the documentation relied on interviews that Bell conducted. “[The South African case] is interesting because the people who made these decisions and were involved in [the nuclear] program are still alive and willing to talk to people.”

Additionally, he is in the early stages of another book project pertaining to the politics of nuclear weapons.

Bell initially became interested in international politics when doing his master’s in public policy at Harvard. The draw of nuclear weapons issues in the context of international relations was a clear junction between policy and research.

“It was an area where academics and policymakers can interact with each other. Academic research was in some ways shaping policy debates and [vice versa],” Bell says. The crossroads of an academic career while still being involved in policy led Bell to get his PhD in political science at the Massachusetts Institute of Technology.

Despite not seeing a future directly in the political field, Bell has certainly had a voice in shaping future policy. “I've given briefings at the State Department and to think tanks in DC, so there are ways in which I've tried to engage with the policy world and policy-making process.”