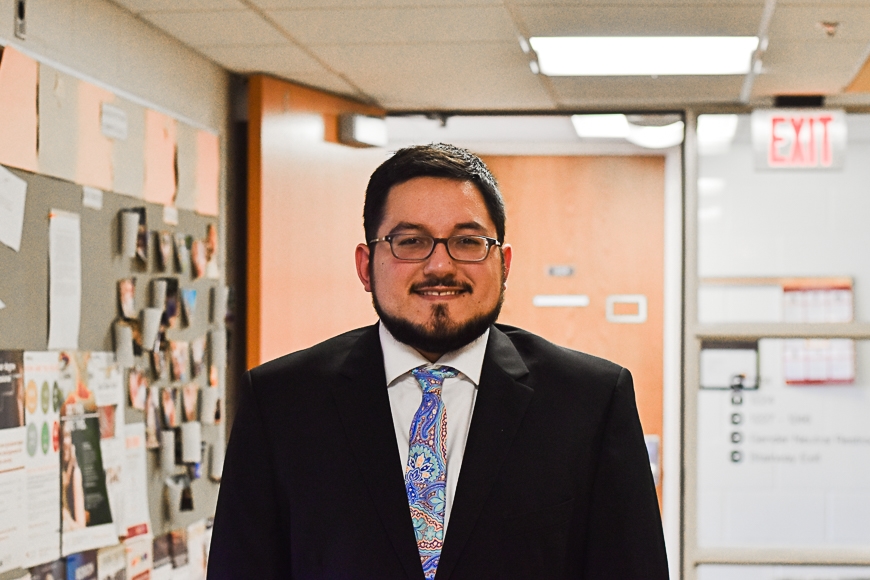 In 2019, the representation of marginalized communities has increased, especially in politics. Political science PhD candidate Avram (or ‘Avi’) Muñoz examines the political representation of Latinx through the Congressional Hispanic Caucus (CHC). Specifically, he studies the role the caucus plays in serving the Latinx community and the power it has within Congress.

Muñoz has focused his academic career on the CHC. Founded in 1976, it currently has 38 members, all from the Democratic Party. Caucus membership changes as new legislators enter and leave office, and while there are Latinx Republicans, they have not been in the caucus since the 1990s. Despite all members of the caucus being of Latinx descent, Muñoz emphasizes the diversity of the population. “A lot of people just assume that if you're a Latinx, you can represent Latinxs pretty well, because you know what their experiences are,” Muñoz argues, “but the Latinx population in the US is really diverse.” There are communities from many different geographical areas, like Mexico, Cuba, Central America, and Latin America, not to mention that generational lines also impact how politics align. This diversity, Muñoz says, is important to remember when talking about the CHC.

In recent years, the issue putting the caucus into the spotlight is immigration. The chair of the caucus, Joaquin Castro, wrote the resolution to stop Trump’s national emergency declaration. Muñoz notes the enormity of the situation, saying that “[allowing Castro to write the resolution] indicates that [Speaker] Pelosi is trusting the caucus to be the voice of the Democrats when it comes to an issue.”

Even with the caucus gaining power, the representation of Latinx in Congress still lags compared to their total share of the US population. Latinx make up 18 percent of the United States, a percentage that will only continue to get bigger, according to the Pew Research Center. Still, Latinx only make up 12.7 percent of Congress.

Despite being an established part of Congress, the CHC hasn’t garnered the research or attention that other groups have, most notably the Congressional Black Caucus (CBC). While the two caucuses are both defined by racial identity, Muñoz points out an important difference between the two. “For the Black Caucus, a lot of what they do is influenced by the civil rights experience,” and compared to the CHC, “You don't have one historical moment that you can point to and be like, this is what defines the Latinx experience.”

Even so, the CBC and CHC have banded together with the Congressional Asian Pacific American Caucus (CAPAC) to form the Tri-Caucus. Together, the three caucuses come together around certain issues that they deem important. “Some of that comes out in healthcare or education, or civil and voting rights,” Muñoz elaborates, “so it's not on everything. But in general, the three caucuses tend to support each other.”

Muñoz knew he wanted to study representation when he started graduate school. After his first couple of years, he came across the CHC and realized how under-researched it was. “I wish I could ask people why they haven't felt the need to talk about it. I'm guessing some people will say that the caucus just hasn't been as active,” Muñoz says, “But I'm really finding out that they've been pretty active ever since they started. It just seems like a lot of their activity is more behind the scenes.”

In order to gather research on the topic, trips to DC were instrumental, where Muñoz first did archival work at the National Archives. None of the CHC’s records were digitized, so Muñoz had to go through them by hand and determine what was important and what was not. The files were dated from 1982–1995 and included meeting minutes, memos, press releases, and letters.

After that, he was tasked with interviewing past and current members of the caucus and congressional staffers in order to get an idea of internal operations. Scheduling these interviews was a harder task. “At one point I just went to the House office buildings and knocked on people's doors and was, like, ‘Can I talk to someone?’” In regard to whom he interviewed, Muñoz cannot disclose names. “All the interviewees were promised confidentiality, so they would be more willing to talk. Politicians don't really like to talk. I told them I wasn’t a reporter or anything, I'm an academic, but I think some of them were still wary.”

Being in his last year of his PhD, Muñoz wants to teach after receiving his degree. While at the University of Minnesota, he’s had the opportunity to work with professors that deal with race or congressional politics. “Fortunately, as my interests have gotten more specific, even though it’s not something they necessarily study or do work on, [my faculty advisors] have still been very helpful.”