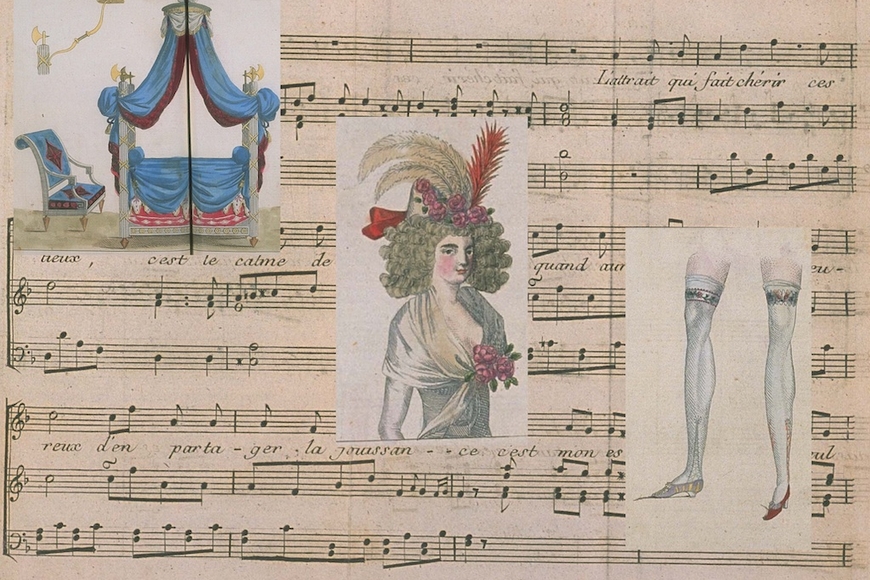 Abstract: Historians of the French women’s press long relegated music and fashion to the category of unserious entertainment, mere ornaments that provided relief from weightier literary content. In its decorative status, the “ornament” would thus seem innocuous—a superfluous, charming addition hardly capable of deeper emotional meanings or profound social intervention. But by the late eighteenth century, colonization and the trans-Atlantic slave trade had woven music and fashion into a global fabric of economic consumption, political revolution, and personal cultivation. Historian Daniel Roche’s claim that, “frivolity could be subversive,” therefore begs the questions “how?” and “for whom?” My talk approaches these questions through the lens of Le journal de la mode et du goût, ou amusemens du sallon et de la toilette, the third and final iteration of what is widely considered the first modern fashion magazine. Its finely engraved music scores, virtuosic arrangements, detailed performance “lessons,” and abundant theatre reviews invite us to consider the entwinements between musical and sartorial practices at a critical moment in history, as unimaginable socio-economic and political pressures reforged conceptions of gender, class, and race. During its existence from 1790 to 1793, the magazine targeted elite women as its primary audience, prompting them to identify not only as patriotic economic agents and tastemakers but also as mothers and homemakers. The magazine’s more progressive depictions of gender and class belied a conservative agenda to maintain power for a privileged echelon of society losing its grip to the American, French, and Haitian Revolutions. My analysis of the Journal de la mode’s musical content within a wider socio-economic and political landscape reveals music and fashion to be anything but ornamental. It was perhaps the ostensible benignity of these “pleasurable arts”that granted them such polyvalence, as commodity, comfort, and hotly contested cultural terrain.

Bio: Rebecca Geoffroy-Schwinden is Associate Professor of Music History at the University of North Texas. A specialist of musical labor during the Age of Revolutions, she presents and publishes widely in musicological and historical scholarly outlets. Her first book, From Servant to Savant: Musical Privilege, Property, and the French Revolution, was released by Oxford University Press in February. It exposes the fundamental role that the French Revolution played in the emergence of modern professional musicianship and music historiography. Her 2019 article, “Music as Feminine Capital in Napoleonic France: Nancy Macdonald’s Musical Upbringing,” received a Music & Letters Centenary Prize for best original article in musicology. Most recently, Rebecca’s archival research has been supported by grants from the American Musicological Society and the Hagley Museum and Library. She currently serves as Early Modern Area Editor for Grove Music Online’s Women, Gender, & Sexuality project and as inaugural program coordinator of UNT’s new B.A., Critical Studies in Music and Society.