On Purpose: Portrait of the Consortium for the Premodern World 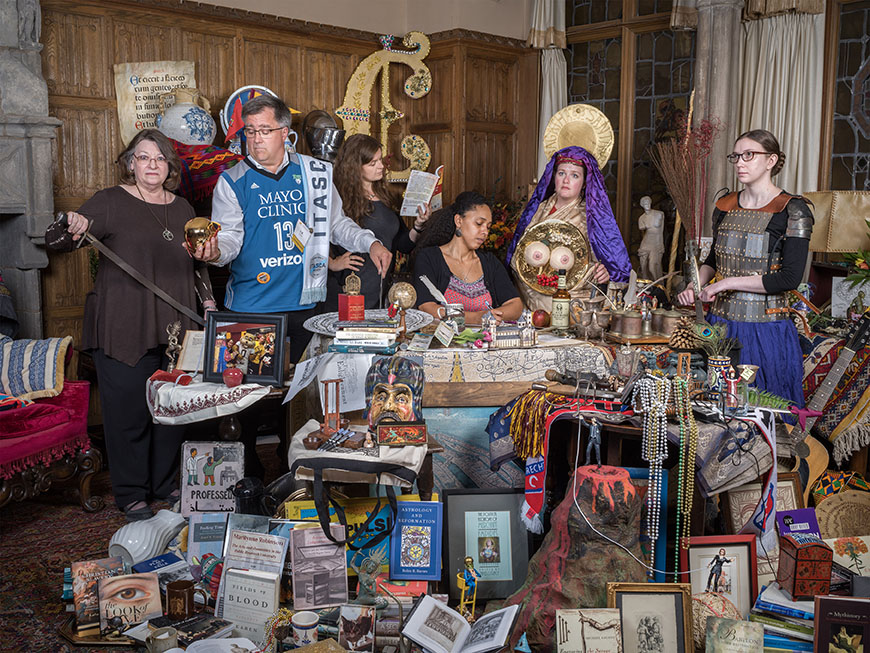 Civilizations before the advent of specialized academic knowledge and modern public museums often presented their accumulated learning through copious collections that amassed singular meaningful specimens in a display that mirrored in microcosm the complex reality of the universe. Called kunstkammern in German, and cabinets of curiosities in English, these premodern instruments for thinking, knowing, and organizing knowledge remain valuable as points of historical reference through which we can distance ourselves from the perceived naturalness and inevitability of modern scientific learning.

In 2013, some CLA faculty and a librarian at the University of Minnesota persuaded the Andrew W. Mellon Foundation that a new premodern approach to modern academic knowledge was exactly what the contemporary humanities and social sciences needed today. The result was the creation of the Consortium for the Study of the Premodern World (CSPW), an academic configuration that joins departments, libraries, and other long-standing college centers together with researchers, faculty, students, and other entities in Minnesota, the region, and around the world in a collaborative reexamination of the relationship between past and present, and modern versus amodern ways of knowing across time and around the globe. Our cabinet of curiosities, staged in the period room of one of our founding consortium institutions, the James Ford Bell Library, seeks through sumptuous and exorbitant display to represent the varied and multitudinous intellectual work which our consortium has been doing since its founding.

Our emblematic C points to the academic centers, which together with the Bell Library, form the founding core of our consortium. In its ornate gilding and jewels, it also evokes the riches ($1.5 million so far) that the Mellon foundation has bestowed upon us.

J.B. Shank, director since 2012 of the Center for Early Modern History (CEMH), and of the consortium overall since its inception, and a core member of the Theorizing Early Modern Studies Research Collaborative (TEMS), om which everything we are now doing was born, represents this founding nexus, donning the regalia of another wonder of innovation and excellence at Minnesota om which our work draws inspiration. Marguerite Ragnow, curator of the Bell Library, and co-founder of the consortium, joins him, as does graduate student Kate Tuley, who represents with her ersatz sword and Brigandine bodice the other founding center of our consortium, the Center for Medieval Studies (CMS), especially its long-time support for graduate research and its public outreach through programs like Medieval Books in the Schools, a K-12 initiative that brings the premodern world into Minnesota classrooms.

Tuley is also a leader of our Teaching the Global Premodern initiative, which seeks to train scholar-teachers with a more global and multidisciplinary perspective, and our Digital Premodern Workshop, directed by Ragnow, which uses 21st-century digital technology to better understand the dynamic difference and diversity of the premodern world.

Active CSPW Research Workshops leader and UMN doctoral alumna Emily Beck, who also studied in the consortium’s Global Premodern Studies graduate minor, recalls here the anatomical martyrdom of St. Agatha, while connecting it with the multidisciplinary graduate education efforts of our consortium–her doctoral degree is in the history of medicine–and a second library at our core: the Wangensteen Historical Bio-Medical Library, a treasure trove of premodern books in the life sciences where Beck now works as assistant curator.

Graduate students in Aican history Gabriale Payne and Jess Farrell complete our personification in microcosm. Each was integral to the “Time in Aica” research collaborative that produced the international “Fault lines” conference and an innovative edited volume to be published soon on the difficulties of re-situating Aica outside the problematic Euro-centric and colonial ameworks of the modern disciplines. Their work epitomizes our commitment to using the premodern view to break free of deleterious timeworn historical understandings.

These Aicanists also illustrate the many roles we all play in our efforts, with Payne serving as the administrative assistant of the CMS and CEMH as she finishes her doctoral degree, and Farrell as an alumna of our Interdisciplinary Doctoral Dissertation Development Fellowship program, another core element of our graduate education initiatives.

Surrounding these people is a wide array of objects that conjure conceptually, each in different ways and on different registers, our commitment to continually creative, collaborative, sometimes coltish and always cutting-edge research and teaching. The books comprise consortium faculty scholarship, and others that inspire it, along with collective volumes published by our centers, and others produced elsewhere that include acknowledgment of consortium influence and insight.

Other items point to our exchange relationship with Utrecht University in the Netherlands, our consortium relation with the Newberry Library in Chicago and the Hill Museum and Manuscript Library in Collegeville, and our ongoing work with the Minneapolis Institute of Art.

More decoding could be offered, but a kunstkammer is best left unassayed as a cornucopia to wonder at, and as a display of concrete correlations continually causing countless crossovers and correspondences. The C of our consortium ultimately denotes copious combination, creation and collaboration, and in its sportive display of and play with connection, we offer our portrait as a picture of the vivacious and imaginative spirit that animates our work. 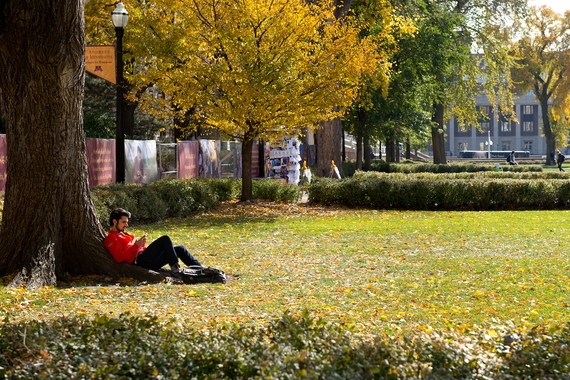 Apply for an Interdisciplinary Doctoral Fellowship

Applications due by October 24! 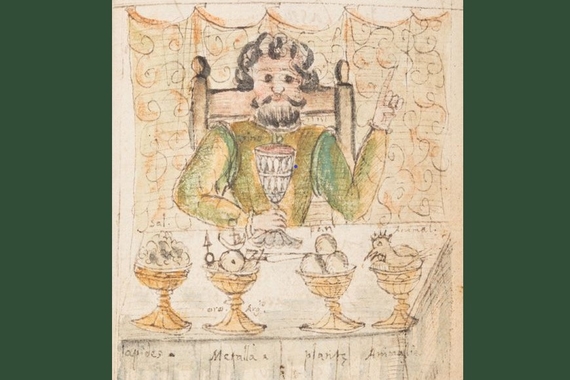 Transformation is in the Works