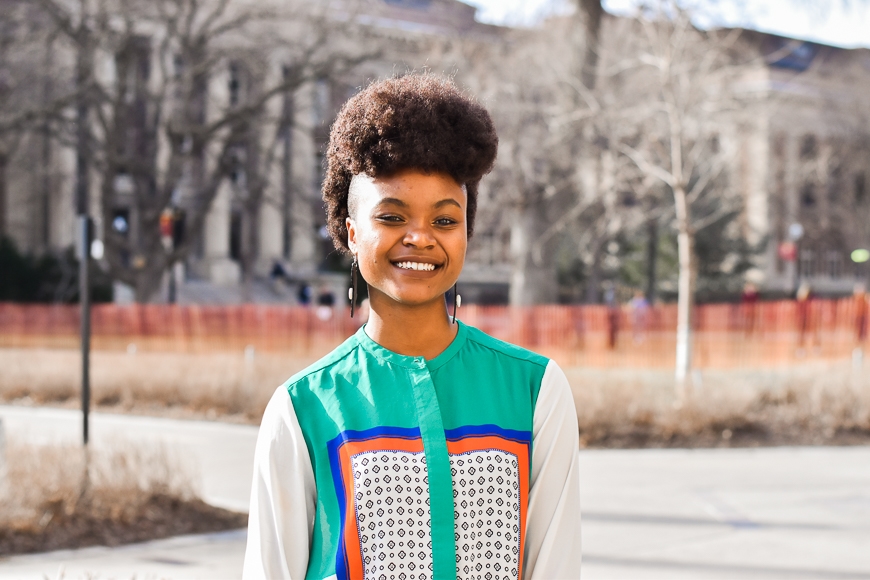 In June 2017, after it was announced a police officer was acquitted of manslaughter in the fatal shooting of Philando Castile, Atosha Rypa, who was sitting on the steps of the St. Paul capitol, raced to put her thoughts down on paper. The words “stop, play, and repeat” took the shape of a poem–an examination of how historical events, when ignored, have a tendency to repeat themselves.

By combining personal experiences and historical events in her poetry, Rypa’s performances both educate and inspire action. Rypa uses her story as an African immigrant, her skills as an artist, and her knowledge of history to redefine what it means to be an educator and what it means to be Black in a country which all too often tries to tell the story for her.

Rypa, a senior studying law, criminology, and deviance, has similar goals as a poet and a future educator: to empower people of marginalized identities to speak their truth. Together, the Departments of Sociology and African American & African Studies have provided Rypa with the instruction and support she needs to speak her own.

Rypa’s upbringing taught her the importance of finding her foundation and defining what she stands for. She was born in the Democratic Republic of Congo (DRC), but when she was two, Rypa and her family moved from the DRC to Zambia. Surrounded by Black Africans there, Rypa explains, she wasn’t fully faced with the challenge of defining her racial identity. But when her family moved to the US in 2004, questions of self-identity began knocking at the door.

As Rypa explains, she felt confused about her true identity amid all the identities others placed on her. “The longer I was in the US,” says Rypa, “the less I was connected to my own culture.”

This confusion raised the question: How do you hold on to both cultures while also getting used to a new one?

Her struggle to understand her place in society fueled Rypa’s efforts to define the Black experience in order to help young adults better understand themselves and their identities.

“Oftentimes,” says Rypa of her K-12 education, “Black history was either ignored, simplified in order to talk about slavery, or romanticized in the Civil Rights Movement.” As a result, the lessons at school that tried to define Black identity and the “Black experience” left her more confused about who she was.

“Marginalized…people...were often not represented in my K-12 education,” Rypa explains. This lack of representation sparked Rypa’s passion for changing the way history is taught in American classrooms.

“I never had a Black teacher before I came to college,” Rypa says. When she met Associate Professor Tabitha Grier-Reed in the UMN College of Education & Human Development, she realized how impactful it is for students to learn from someone with similar racial and gender identities. Sharing identities with the power figure increases confidence among students traditionally disempowered in the education system. While Rypa found Grier-Reed’s Principles of Psychology course to be hard, “I knew it was going to be okay because she was there,” she says.

Currently, Rypa is analyzing American society through her research on how race relations in the US transcend the walls of the penal system. Rypa had a hands-on experience with research and social change last summer researching alongside Assistant Professor Michael L. Walker as part of the TRIO McNair Scholars program aimed at increasing doctoral application among first-generation college students.

“After that program,” explains Rypa, “getting a PhD became more real. I’ve always wanted to do it, but finally I had the resources available to me to make that dream a reality.”

Even as an undergraduate, Atosha Rypa is shedding light on the importance of giving voice to marginalized identities through her spoken word poetry. Too often, explains Rypa, “the true narrative of Black history is ignored or inaccurately represented”— especially within the US education system.

After recognizing the lack of language to discuss and define individual black experiences, Rypa began to speak about her new-found identity through spoken word—a talent Rypa sees as making her an “oral history book.” For Rypa, poetry is the bridge connecting her multiple identities as a Black immigrant woman. “Art connects everything,” she says.

In addition to the painful events, Rypa aims to talk about the accomplishments, proud moments, and personalities of black history in her poetry. As she explains, “it’s hard to learn about Black joy when all that is being taught is the sad part of Black history.”

In her future career, Atosha wants to be a role model for other women and people of color. She envisions herself as a high school social studies teacher before eventually becoming a professor of sociology, combining her love of history with her passion for understanding society. Rypa is determined—and hopeful—that she can “use our past as fuel to move us forward.”

Rypa had the honor of speaking at the 2019 Scholarly Excellence in Equity and Diversity (SEED) Scholarship Award ceremony where she performed her piece “10,000 Lakes” inspired by that morning at the capitol. 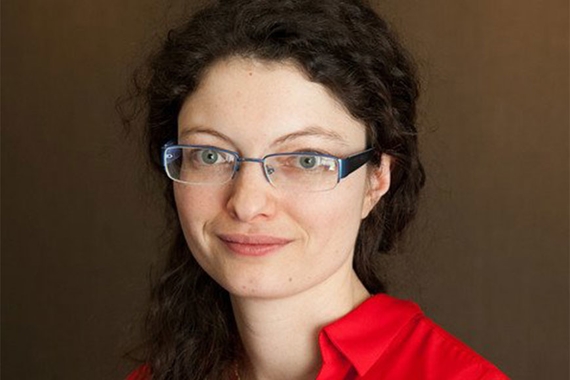 In an article published in Health Affairs, Assistant Professor Elizabeth Wrigley-Field examines the association of neighborhood socioeconomic disadvantage with excess 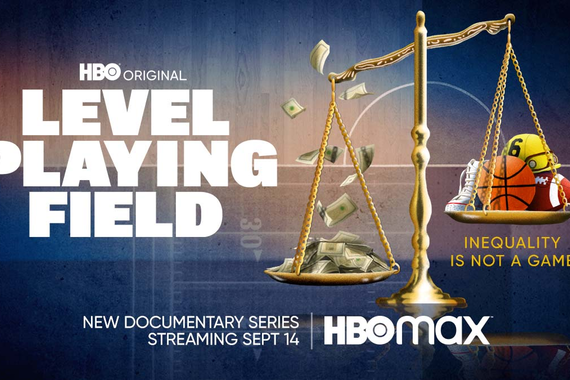 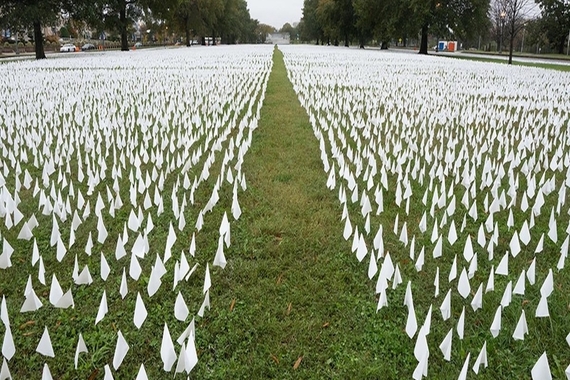 "What they learn could help steer the future of public health", this Knowable Magazine article quotes and highlights the work of sociology Assistant Professor Elizabeth