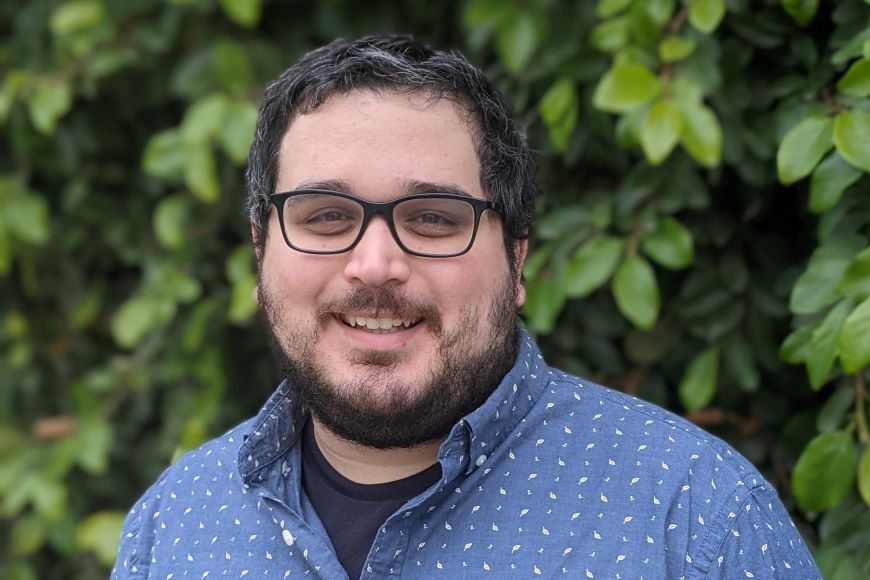 After spending his whole life in California, Aaron Alvarado found an entirely new perspective on his home state when he came to the University of Minnesota for his postdoctoral studies.

Alvarado was born and raised in the San Joaquin Valley. His fascination with the agriculture, politics, and history of this region of California led him to American studies, where he is currently researching the University of California (UC) system’s impact on the land it occupies and surrounds as well as the university’s impact on marginalized communities.

As a postdoctoral associate, Alvarado spends a lot of time going through archives and looking for connections between the University of Minnesota and the universities on the West Coast. Being a part of the American studies department in an entirely different part of the country allows him to “re-encounter the [San Joaquin Valley] through a completely different lens,” he says. Rather than only looking at California universities in and of themselves, Alvarado believes that “seeing West Coast universities through the regional lens of the Midwest might reveal some important lessons about how universities and power work in California and in the US more broadly.”

Life in the Central Valley

During his adolescence, Alvarado participated in social activism by advocating for the LGBTQ community and for other historically marginalized communities. These formative experiences sparked his interest in classes such as sexuality studies, Chicano studies, and Mexican American history at UC Davis, where he completed his undergraduate degrees in American studies and women’s and gender studies.

It was here that Alvarado really began to become more immersed in the social sciences and humanities. He recalls an influential course on environmental justice and the US that had a particularly strong impact on his eventual choice to continue learning about the intersections between communities, land, and power in American studies.

“[The class] really made me appreciate the field of American studies and how it uses interdisciplinary methods to think about American society and culture,” says Alvarado. “It's a  way of combining all these different aspects of learning about communities and power structures, and [to then apply them to] how all these things kind of worked to create different life circumstances and opportunities for different communities.”

Throughout his higher education, Alvarado has uncovered new stories from the San Joaquin Valley that changed his understanding of the region he grew up in. Learning about human rights issues—such as the fight for clean water and the exploitation of Latinx farmworkers—that impact residents of his home state encouraged him to continue searching for ways to make change.

“I [had] never thought about all these kinds of things that framed why sometimes living in the San Joaquin Valley wasn't as nice as I [wanted] it to be when growing up. It definitely wasn't like the movies,” Alvarado recalls. “There's a lot of injustice happening in this place that I spent so much time growing up in.”

Alvarado’s drive to address the injustices that exist for the people of the San Joaquin Valley led him to his research on the UC system. His particular area of study is termed “critical university studies,” which seeks to discover the role of universities in society and how they impact our culture, land, and environment. To do this, Alvarado digs into the archives to look at university history in the US starting in the 1800s.

In the nineteenth century, the federal government took parcels of land and gave them to states with the intention of encouraging education. These institutions (including the University of Minnesota) are known as “land-grant universities.” However, in establishing the system of public colleges we know today, they also caused problems.

“This land wasn't just free for the taking, it was actually dispossessed from Native communities,” Alvarado explains. His work builds on current conversations that have renamed land grant universities as “land grab universities.” The idea is to understand how universities played a central role in American colonization since governments granted lands that were not theirs to give.

By looking at the history of the UC system from its beginning in the nineteenth century to our present moment, Alvarado’s work also explores how the UC impacted Black, Indigenous, and communities of color in California over its 150-year history. He shares, “my research really tries to get to these kinds of questions—how can these universities do justice and correct their historic wrongs?"

A Future with Minnesota

With the rest of his time as a postdoc, Alvarado will focus on turning his dissertation into a book. Publishing a book is often required for earning tenure, and the writing process also encourages scholars to dig deeper into their area of interest.

“During the postdoc period, it's kind of this period before you start a formal professorship where you can get some space to rework the stuff you did in grad school and ensure that your book is as sharp and insightful as it can be,” he explains.

Alvarado will also teach his first class at the University of Minnesota in the fall of 2022: AMST 2011 The United States Since September 11. Then, in the 2023–24 academic year, he will become an assistant professor in the Department of American Studies. After only a year in the department, Alvarado has already found his new home.

“I'm just continually really awestruck by the intellectual community that the U of M has more broadly, and all the types of work and events and scholars that the University has,” he says. “I'll be in Minnesota long-term, which is an exciting prospect, you know?” 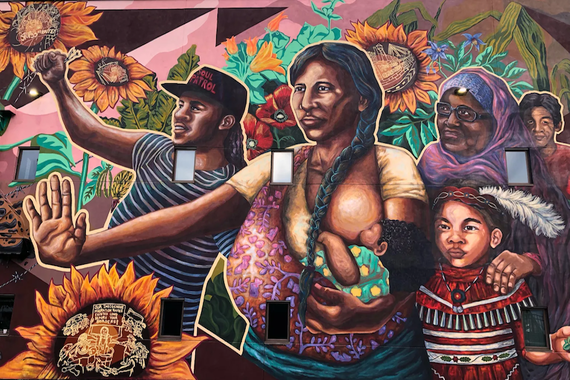 The PhD program in the Department of American Studies is building a Critical Latinx Studies Cohort for admission starting Fall 2023. 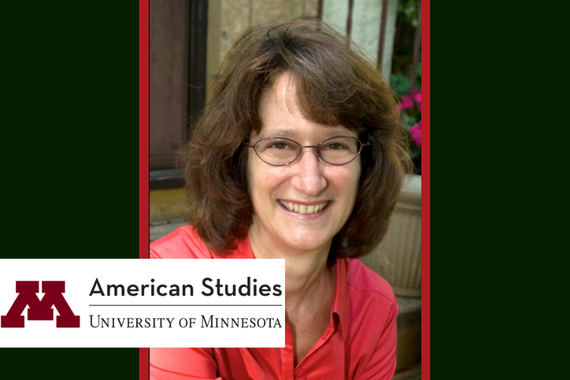 The award is given annually to an individual or individuals whose contributions have significantly enriched our understanding and appreciation of American history. 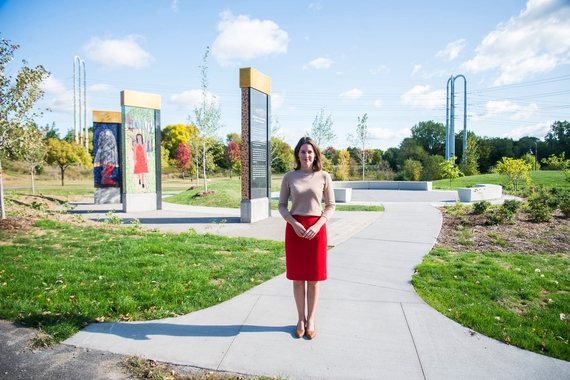