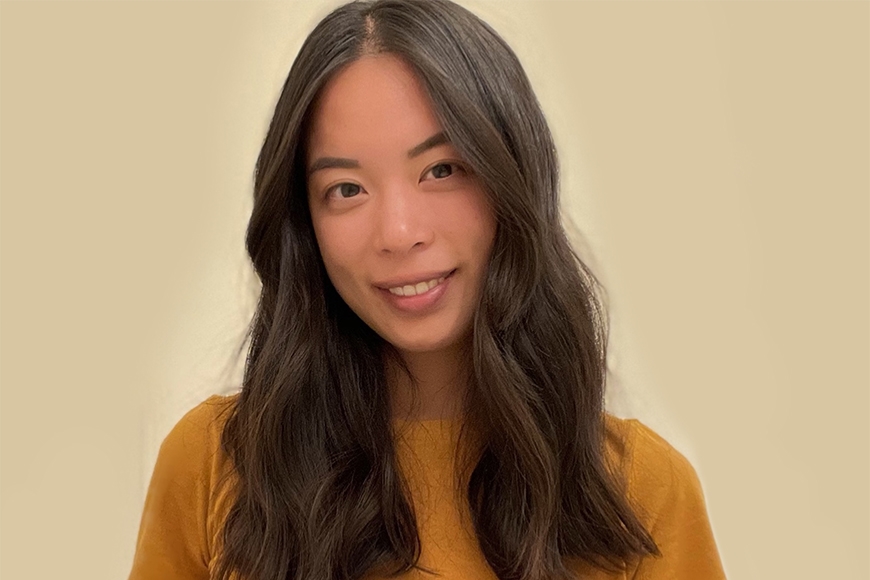 For a long time before going to college, Christine Cao thought about what she would do afterward. She would become a therapist, perhaps, or go to law school. She had enjoyed a psychology class in high school, in Naperville, Illinois, and figured a background in the field was compatible with either career move. So when she arrived at the U in the fall of 2012, she declared a major in psychology.

Then she began a series of internships, research positions, and other work opportunities supported by CLA scholarships. Six placements in just three years. “When you graduate, you can get stuck in this Catch-22 of needing experience to get a job,” she says, “but how do you get experience without a job?” She was determined to avoid the conundrum.

She was matched with a professor to conduct auditory research. She ran a study of her own through the Hubbard School of Journalism and Mass Communication, analyzing whether advertising is more effective when it shows people or not. She had internships at the VA medical center in Minneapolis, the business school of Columbia University, and the Shedd Aquarium in Chicago, scrutinizing data on everything from schizophrenia to visitor feedback.

I feel really lucky to have been able to test the waters [with internships]. It wound up being a huge shift in my career path, and made me realize what I want to do.

Major support for Cao’s endeavors came from the Daniel McFadden & Beverlee Simboli Research Scholarship. Of course, in the midst of her research, Cao learned at least as much about herself. Her “become a therapist” idea became less appealing after a stint as a CLA peer advisor, where she realized that advising wasn’t a great fit for her. Instead, she began leaning toward research design and statistics. “I feel really lucky to have been able to test the waters,” Cao says. “It wound up being a huge shift in my career path, and made me realize what I want to do.”

After graduation, Cao went on to earn a master’s in data science from the University of Chicago, while working for JPMorgan Chase & Co. as an analyst of customer feedback. Last year, she took a new job as a data scientist for Everlane, a mostly online clothing company based in San Francisco. She focuses on data modeling and customer retention, and she loves the work. She credits her internships and research positions with revealing a path to get there.

“It really helped when I was looking for my first job out of college,” Cao says. One recruiter looked at her work history—the long list of experience she had accrued in school—and told her, “This is not an entry-level resume.” She had avoided the Catch-22. “It really worked out for me,” she says.

Read about other alumni for whom the Career Readiness Initiative ensured the liberal arts advantage and turned learning into lifelong success.