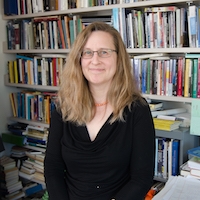 “Now more than ever” could be its motto, says outgoing director Kat Hayes.

RIGS was formed in 2015 to “support innovative research, teaching, and community-building for scholars engaged with issues of race, indigeneity, gender, and sexuality.” From fostering cross-departmental collaboration to nurturing public discourse on urgent questions of the day, the initiative has played a crucial role helping Americans understand intersectional struggles for justice through history, and as they’re happening. Now it’s leveling up as the Center for Race, Indigeneity, Disability, Gender & Sexuality Studies (RIDGS).

An interdisciplinary scholar who specializes in critical indigenous studies in North America and the Pacific Ocean region, Diaz has built relationships in the town of Milan, Minnesota, which has a sizable Micronesian population. “He brings members of that community to campus and also connects them with Ojibwe and Dakota communities for conversations around canoe culture. A lot of these amazing [endeavors] don’t look like typical research programs and it can be hard to find traditional funding sources for them,” Hayes says.

Hayes became director in 2019: “My term has been largely dominated by George Floyd and COVID.” Both underlined the deadly nature of structural racism in the US—and the urgent need for the work of RIDGS scholars. “Our scholarship has been about these kinds of systemic oppressions and injustices all along,” and in 2020, “we were inundated with requests for emergency teach-ins, events, media [interviews].

“There’s a need for continuous support and amplification of the very careful scholarship our faculty and our grad students have been doing since long before George Floyd’s murder,” Hayes says. 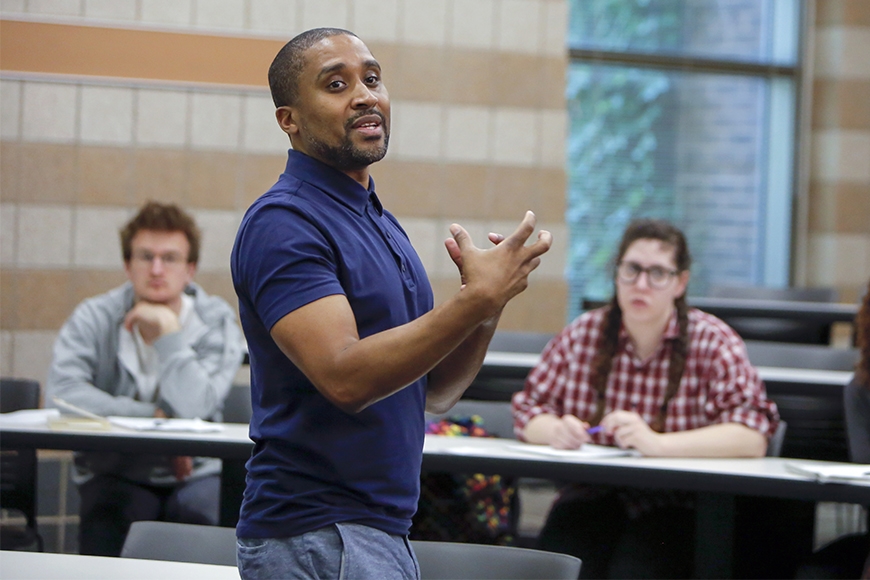 Keith Mayes, incoming director of RIDGS, echoes that. “The units comprising RIDGS haven’t always enjoyed a level of support matching the relevance of their work,” he says.

RIDGS helped “create a community of like-minded faculty who often found themselves isolated or marginalized,” Mayes says. “And it’s transcended our individual units, in terms of visibility and [resources], allowing us to create work that we couldn’t create on our own. I want to grow that visibility and influence.”

RIDGS faculty and students strive to embody the equity their research seeks to promote, Hayes says. When COVID exploded last year, “our critical race and ethnic studies graduate student group collected signatures voicing their concerns about support for the most vulnerable graduate students across the University. Faculty too; when it came to pay cuts, we explored ‘how can we do this in the most equitable way possible?’”

They’re excited about the new Ruby Pernell Fund for Faculty Retention, funded through a grant from the Tides Foundation, which aims to support faculty of color in CLA.

“Faculty of color are radically under-represented; many end up leaving because they don’t feel supported,” Hayes says. It’s not necessarily about salary or individual research funding. “What’s the campus climate? Are there supportive spaces and opportunities? Diversity, equity, and inclusion tend to get put in this neat little package of, ‘do this training, then you can check this box.’ We’re more concerned with deep, structural change at the University and in society. A lot of what gets celebrated is outward-facing, but much of the work we’re doing is inward-facing, as well.”

This article is part of a larger feature called "How to Move Mountains." Read about other urgent and relevant work being done by CLA scholars.