To Make Sure This Just Doesn't Happen Again 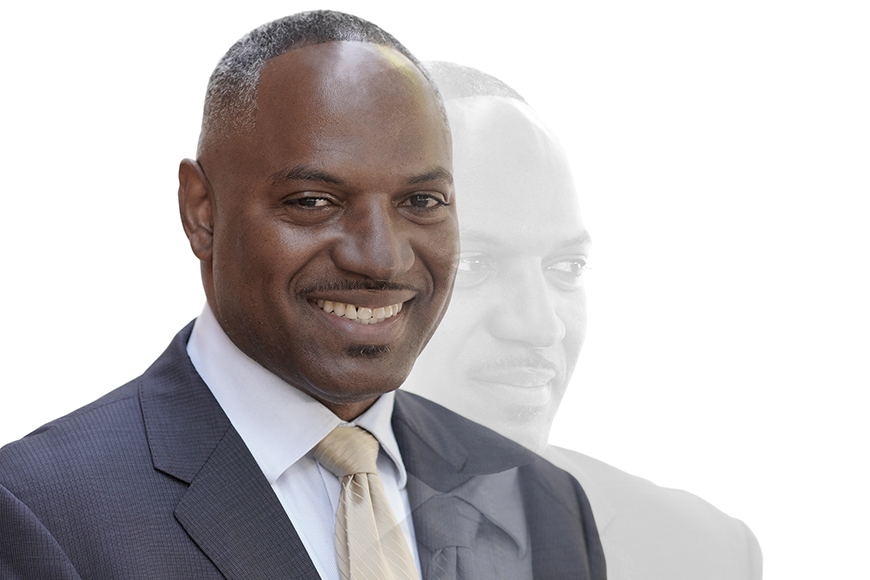 Michael Minta (Engdahl Family Faculty Award recipient and professor of political science) is one of the country’s leading experts in the study of the political representation of African American, Latino, and women’s interests in the United States. His most recent book No Longer Outsiders: Black and Latino Interest Group Advocacy on Capitol Hill focuses on racial and ethnic politics, minority interest group advocacy, and how to elevate these voices within traditional politics. His focus on minority politics became more salient with the reality of the pandemic.

It’s easy to look at a former president and say, “Oh, he was terrible.” But it’s not just the president or the office of the presidency. I usually focus on the US Congress, and so I looked at our political institutions and what we were doing to prepare and respond to infectious diseases in general. The pandemic led me to look closely at how those policies in the past led to the polarization we’re seeing in the country. An Engdahl Family Research Award has helped me already in terms of hiring some research assistants to gather data and conduct analyses, so I can apply for even larger grants.

Part of my goal as a researcher and academic is to address these questions and we don’t have to take the approach of who’s to blame. Most of the time it’s usually everyone. It’s not just the president, not just the House Democrats or Senate Republicans. It’s usually just a failing of the system. For me, it’s trying to figure out what happened and what we can do to prepare. This is really a good opportunity to make some changes, especially with public health.

I’m trying to figure out a way to look at this issue in a nonpartisan way, to provide information and identify some solutions that Congress or maybe the executive branch can use and develop some mechanisms where politics don’t necessarily get in the way of addressing infectious diseases in general, and particularly a pandemic.

We just had the census, and now you’re going to start seeing the parties that are controlling the process try to draw favorable districts for themselves to protect their incumbents. You just don’t want Democrats drawing districts where it’s all going to be Democrats. You don’t want Republicans drawing districts where it’s just going to all be Republicans. You want to have some type of fairness and give people with different ideas and policy preferences a chance to have their voices heard, to win elections.

You may have a belief about something. But there’s someone else who has another belief, and then you want to see, how does it match up? So, we keep talking, asking questions, and the answer can change depending on the question. Just because it’s in a book doesn’t mean it’s the truth. You have to interrogate it because people like to slant things all of the time. You might like to think that in a class, you’re going to get the right answer. But there may not be a right answer or maybe we don’t even know the answer at all. Maybe that’s the whole point.

Read about other faculty whose research pushes, tests, and improves upon how we meet the moment, make sense of it, and be our best for the world.