Preparing students to drive social justice and human rights through an understanding of inequalities in race, ethnicity, gender, sexuality, class, and other categories of difference.

About Comparative U.S. Race and Ethnicity

As the United States grows more diverse, racial, ethnic, and cultural boundaries to blur. Different racial and ethnic minorities are beginning to share many traits and struggles. To address this phenomenon, the College of Liberal Arts has introduced a new minor in Comparative U.S. Race and Ethnicity.

The study of race and ethnicity is moving beyond the analysis of distinct and static cultural identities toward an examination of power, inequality, and social justice in a comparative, relational, and multidisciplinary fashion. The minor examines ways in which race and ethnicity have been effective instruments of political power, especially in contexts such as representation, citizenship, ethnic/national relations, religion and politics, and economic development.

The minor in Comparative U.S. Race and Ethnicity examines the multiple social, historical, cultural, religious, and political contexts that have shaped comparative races and ethnicities in the United States. Students in the minor will consider multiple perspectives on how to analyze and address issues of social, institutional, and cultural inequalities that have challenged historically underrepresented groups in the US.

Who is this for? 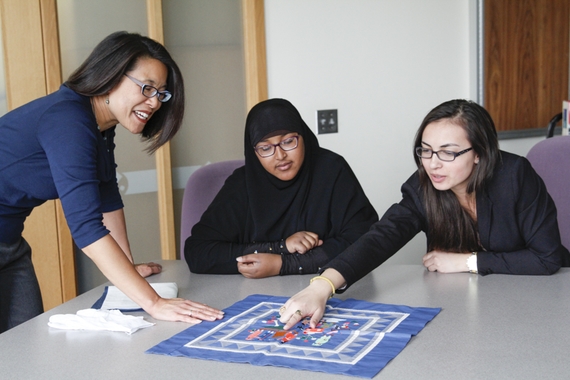 The minor is ideal for students in many different disciplines–art, history, journalism, law, psychology, sociology and more–who have an interest in relating issues of race and ethnicity, multicultural communities, globalization and transnationalism, and comparative histories and identities to their areas of research and study.

Why Ethnic Studies at the University?

The intersection of a top flight research institution with an increasingly diverse metropolitan are makes the University of Minnesota an obvious place for ethnic studies. With four departments and programs committed to specific ethnic studies (African American and African Studies, American Indian Studies, Asian American Studies, and Chicano & Latino Studies), and strong affiliated departments such as the Gender, Women, and Sexuality Studies and American Studies, the College of Liberal Arts maintains a diverse base of departments in the arts, humanities, and social sciences to support a range of study in comparative race and ethnicity.

The minor requires that you take one core course and four electives chosen from a list of 45 different offerings.