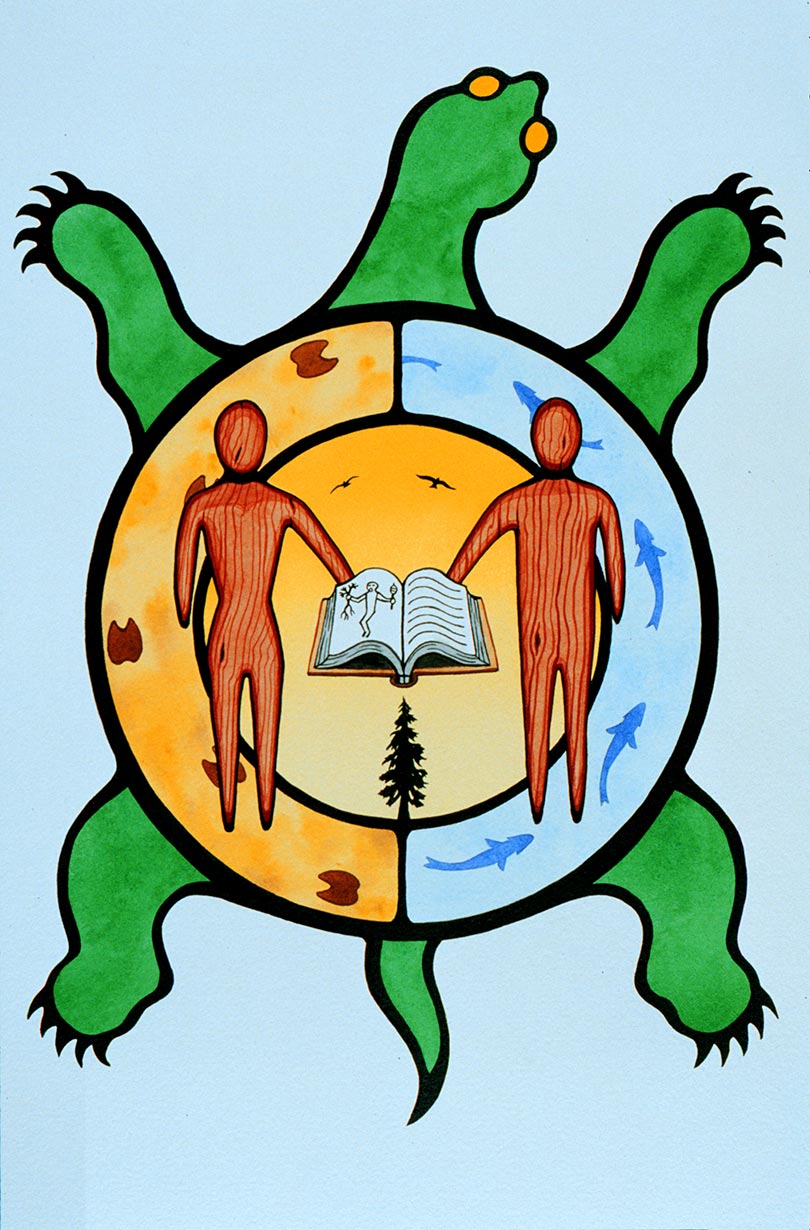 A distinctive symbol of the U of M Department of American Indian Studies, our logo showcases indigenous aesthetics, perspectives, and knowledge.

The book represents all human knowledge and scholarship. The image on the book is derived from an Ojibwe scroll symbol representing a successful individual who retains connections to community and the Earth.

The two figures represent medicine dolls used in traditional healing. The male and female effigies are equal in size and in their contribution to supporting knowledge.

The pine tree is a symbol of the north where Dakota once lived and where the Ojibwe now live, and the eagles represent our connection to the Creator.