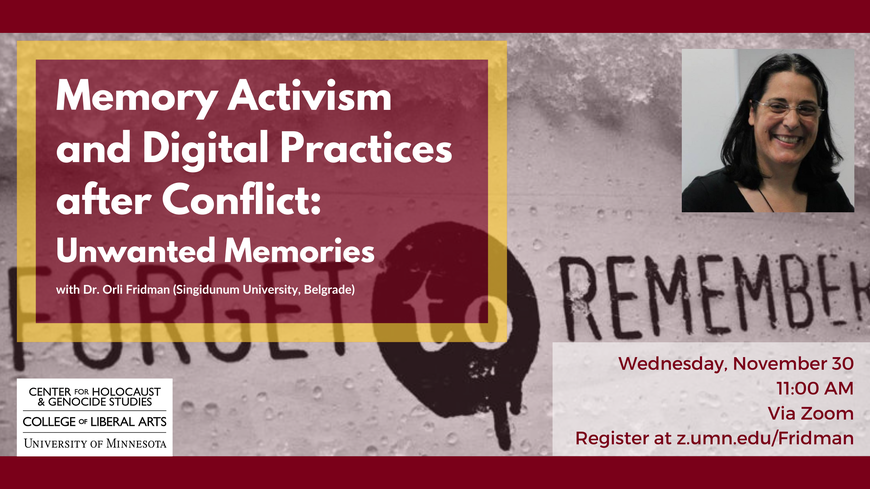 Orli Fridman is an associate professor at the Faculty of Media and Communications (FMK), Singidunum University where she heads the Center for Comparative Conflict Studies (CFCCS). She also is the academic director of the School for International Training (SIT) learning center in Belgrade.