A Modern Student and Ancient Religion 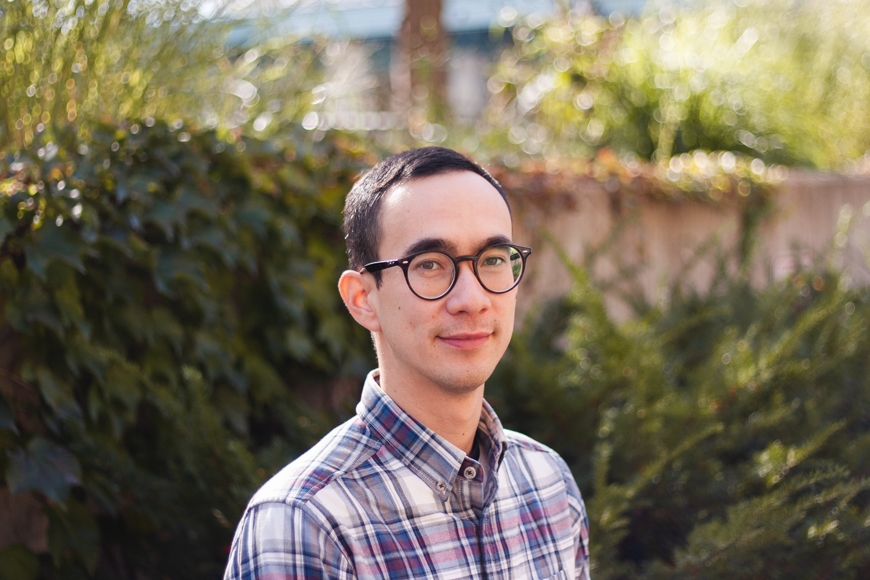 Kristofer Coffman studies ancient texts through a cross-cultural lens. As a PhD candidate in Classical and Near Eastern Studies, Coffman explores historical works like the New Testament to inform our current cultural understanding of the ancient world.

“It’s the study of the intersection of religion and history that got me really interested in the field,” Coffman says. He studies parables and oral tradition, considering their context and how they translate into the modern world.

“From its very beginning, the New Testament is a document that's being translated across languages and cultures,” Coffman explains. Though written in Greek, the characters it depicts are not Greek; they are mainly Judeans and Galileans. “At its core, the New Testament is a cross-cultural text,” Coffman says. “And as a biracial person, being able to say that there’s something much more complicated going on allows me to continue asking questions about the relationship between culture and language.”

Coffman—whose mother immigrated from Cambodia and paternal grandmother immigrated from Norway—aims to increase cross-cultural understanding of the classics and of the New Testament, in particular. He is interested in the practical and theological challenges that arise when biblical texts are translated into modern languages—a process that not only involves conveying ideas from the ancient world to a modern audience but also translating across potentially very different language families. For instance, he is published on how translating into Khmer, the language of Cambodia, involves converting the two Greek words for "you" into the dozens of words for "you" in Khmer. Each of the Khmer forms of "you" involves different levels of social relation and respect, which means understanding the context of the Gospels is indispensable for translating.

Coffman asserts that “bringing a cross-cultural understanding to the study of the Gospels is something I’m proud of in my work and will continue to do.”

The major focus of Coffman’s research is ancient agricultural practices within the context of the New Testament and the broader Mediterranean world. He studies this through the lens of ancient folklore, noting agricultural imagery and metaphors. He asks: “How do we make sure that when we look at agricultural imagery, we're not conflating it with what we know about agriculture, but actually looking at it in this context?”

Coffman believes there is also a broader lesson to be learned from ancient practices. “There’s always been this negotiation of how people interact with the natural world around them,” Coffman says, “and we can learn from the ways people from the past related to nature.”

This research has been funded in part by the Torske Klubben Fellowship, which supports research that augments connections between the US and Norway. Coffman, a 2019 recipient, is using the support to pursue another research interest. He has been paying attention to Scandinavian research on the Gospels, something that is inaccessible to most Americans due to the language barrier. Because he speaks Norwegian and can read Danish and Swedish, Coffman can access Scandinavian material and collaborate with Scandinavian scholars and help bring their work to an American audience.

The Value of Creativity

Ultimately, Coffman “hopes to continue to be creative as time moves forward.” He points out that “for so long, there’s been one way to do academia. You get your PhD, and then you apply to this job, and then you wait, and then you apply to another job.” CLA is trying to break this cycle by supporting PhD students in their pursuit of more creative tracks instead of the traditional professorship track many pursue after they earn their degree.

Coffman is also intrigued by “thinking more holistically and more creatively” about where he ends up once he earns his doctorate. He mentioned he may “end up as chief farmhand” on a flower farm with his wife, and, in the end, he would be completely fine with that, too.