A conversation about poetry, the MFA experience, and Dancing on the Tarmac. 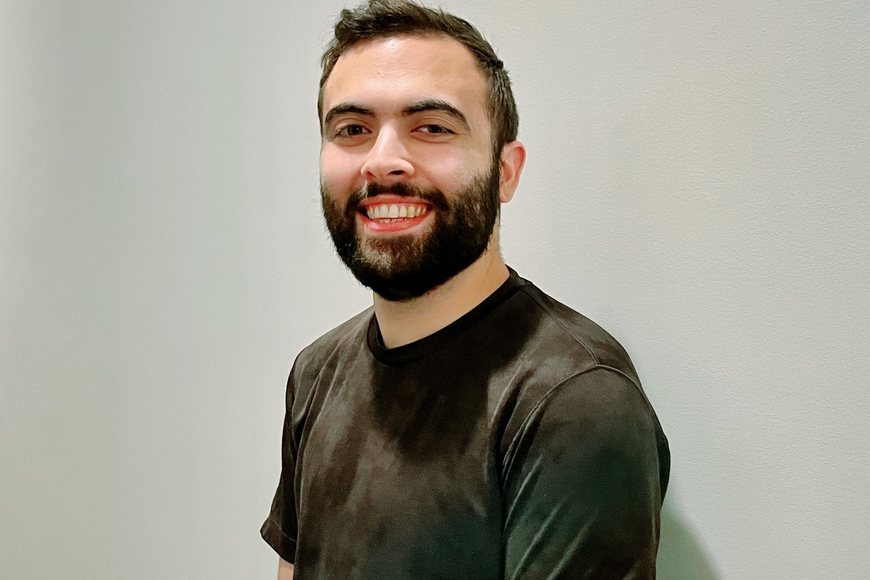 Tarik's poetry collection Dancing on the Tarmac, winner of the 2020 Yemassee Poetry Chapbook Contest, was published in 2021. The chapbook follows themes of both familial and political violence, diaspora, queerness, and surveillance.

I asked this talented writer to meet with me for an interview. Sitting with our drinks at a café, they told me about the book, their life, and their experience in the MFA program...

Hannah Karau: First off, congratulations on Dancing on the Tarmac! Because that's a big thing, that being recently published. Can you tell me about what inspired you to write it?

Tarik Dobbs: Yeah, actually, I started writing the chapbook, Dancing on the Tarmac, when I did a study abroad through my undergrad at the University of Michigan—where I actually had to study abroad to graduate from the art major. I was a low income student, so they funded it, they paid for everything and stuff.

But I did study abroad in Sakhnin, which is in historic Palestine, a city in what’s now Israeli territory. And I was living with this homestay family for about a month.

They had a son who was my age, who was fluent in English, Arabic, and Hebrew. And the public schools—they're terrible, I was there primarily to study inequality in the ‘Israeli-Arab’ education system. Their son was just being so let down. Like he wasn't really able to study any of his passions. Seeing the daily systemic injustice and inequality built into the system just kind of sent me into a frenzy.

The manuscript opens and closes with these images of: first, with a view of an Israeli settlement in the West Bank, and then it closes with the image of a parade in Gaza, where a child is holding up a settlement model. So there's kind of like this--I don't know--movement through the 'lower-case state' and also the occupation. And that started there when I was in the Sakhnin valley. I started writing it right then.

HK: That’s really good to hear, it gives some kind of notice for people if they read that, about the states people are in over there, like they may not have any clue.

TD: Yeah, it is so hard, right? Because it can be so hard to talk about occupation, which under international law, we have defined in the UN. It's not so much that I want to single any state out, I want to make a point that my book is critical of Western empire. So this is critical of the US, it’s critical of France, and it's also critical based on my research in Israel. I feel that a lot of my work is inspired by and in conversation with the Israeli Jewish scholar, Eyal Weizman, and his historical texts, Hollow Land and Forensic Architecture. So I want to also make a point that my chapbook is a product of research, as much as my personal experiences and feelings. I feel grateful that Gabrielle Calvocoressi, and Yemassee, took a chance in publishing a project that takes on political subject matter.

HK: Yeah, I think that's really hard for a lot of publishers to do. So that's—

HK: Yeah, exactly, thank you. So, second question: as a student in your final year of the MFA, what have been your favorite parts of your experience in the program?

TD: Yeah, I would say the community is one of my favorite parts of this program. That can be anyone from Douglas Kearney, who is just like the most fabulous, brilliant professor. He has really been here for us. And he's shown up in workshops. For example, if someone didn't really read my work or give enough care to do the research to understand the poems, he’s been in my corner to be like, “Hey, Google something, please.” You know? Kate Nurnberger also: I had a job interview that I got like a couple of days notice on, and she made herself instantly available to me, and was giving all this great advice. I’ve also been lucky to learn about publishing in literary journals from professor Peter Campion.

And so the faculty has been one thing, and then the culture of the MFA. Really, luckily, I had one semester without a pandemic, because I came here in 2019. And so we had a great in-person culture mostly established. And I think we are a really close cohort across all genres. Like there's not a divide that you might find in some MFAs. And so I think my favorite part is just the community we've been able to create here and that I know I'm leaving here with a really diverse cohort of folks, both stylistically and demographically, that I'll have moving forward.

HK: I totally agree, I’m not an MFA student but, from what I’ve seen with the somewhat inside perspective that I have, the faculty and the students are all so amazing. So what advice would you give to students looking to be part of an MFA program? Either ours or in general.

TD: I would say, apply to as many fully-funded programs as you possibly can. The University of Minnesota, for what it's worth, did not grant fee waivers at the time, but I applied anyway. If you're low income, and that's a concern, haggle them for fee waivers. And be yourself, I think I was afraid to assemble a writing sample that I thought might not give me the best chance. And I think, you know, putting together the most “honest” application with a million quotation marks or air quotes, probably would have been a better idea. And maybe, when writing the application essay, try and really think about the place you're going to be living. Demonstrating how you can really fit into that program, and the place, I think is a really key part of a good application, too. As much as your creative work might be the only thing that matters in the first round, eventually, they're going to read your letter, and your letter can only help you so—

HK: Good advice, I may have to keep track of that for myself too. Alright, back to you, so you've been working on the Great River Review as an assistant editor, I believe? For a couple of years?

HK: What have you learned about creative writing from your Great River Review experience?

TD: Wow. Yeah, Great River Review has been an incredible experience. Peter Campion was generous to allow me to sort of facilitate this movement from being a print-only magazine to one that was published both synchronously online and digitally, for free, which means that a lot of people actually read the magazine now.

So I've learned a lot about just access and assumptions in creative writing. I think, before I got to the university, my professors didn’t necessarily know that, how I came to poetry was, I read online journals that were free. And I didn't necessarily read the classics. I didn't even read famous people, necessarily. But I was reading online journals, I was reading things that were available for free and that moved me.

So I think it’s important to bridge the gap between an institution and people who might not have that institutional background or experience. Like I wasn't an English major, and so I think what I've learned is that you can have something to bring to the table; I was kind of worried that I wouldn't. Worried I didn't have a lot to offer creative writing, because I hadn’t really conceptualized myself as a creative writer. So yeah, I've learned that creative writing can be a lot more inclusive than maybe I was worried it would be, if that makes sense.

HK: Yeah, I’ve had very much the same experience. When all you hear about is the big names, it just seems so far away.

HK: It’s nice to see you can start small. Anyways, so you've done a lot of great things so far, it seems like you've got Dancing on the Tarmac published, you’ve been, I believe, the editor of—

HK: Oh cool okay, I didn’t know that, thank you. So you've been doing lots of great things, what are you working on next?

TD: So yeah, I'm working on a project out of my hometown archive. I grew up in Dearborn, Michigan. So I'm working on this project about Henry Ford’s Sociological Department, which is kind of this ethnic cleansing assimilationist project that Ford Motor Company had in the early 1900s, where he was kind of “indoctrinating” all foreign workers. So even workers from places like Europe went into this melting pot. Literally, there was a ceremony where you graduate from their English school, and you'd walk behind a melting pot and come out: you’d go in with your “native garb” and come out in an American suit.

And so yes, I'm working on this manuscript project called DEARBORNISTAN, which is just kind of like playing with the history, my personal archive in Michigan, and growing up in Dearborn. And then also my greater, historical ancestral archive of migration for work and kind of like displacement. And the early impact of Ford as a lower-case “state”: Ford’s not the US government, but it's kind of working in proxy to a state, right? Like your workers are living under a kind of an employer-state where they have to go to an English school, they have to have their homes surveyed and inspected, and so on. And that's just been really enlightening.

HK: Okay interesting, so what kind of project is it? Is it a collection or?

TD: So Dearbornistan is a visual poetry collection, because I'm working with a lot of archival documents, remixing and collaging them. But it's also kind of part-creative nonfiction vignettes. There's a section of stories told through the cars my family owned growing up. So it's kind of a hybrid project. And that is the project I've taken on as my thesis and it's on submission with some great presses right now. So, we'll see if it gets published.

HK: Wow that’s really good, really inspiring. And good luck too, with those submissions by the way.

TD: Yeah. Definitely. I can speak to, really quickly, like the opportunities that Minnesota has given me if that’s useful.

TD: So yeah, Minnesota Creative Writing/English: for example, the faculty here, like Peter Campion, who helped me make connections and think about sending out my book to editors and presses. He read my thesis manuscript and was sort of like “Let’s do this, I really believe in this project.” And yeah, I don’t know. I love that you can go somewhere and someone may believe in your work so much that they're willing to actually take their personal resources and connections and kind of put that on the line for you.

A lot like how fiction writers and nonfiction writers here will have professors that have agents who will connect them with their agents or will connect with other agents through that agent. I just feel like faculty here have been very supportive, directly, in getting me to publish my book, and getting it the notice that it might need to keep kind of moving through the publishing world.

HK: That’s great, that really is great. Hearing how supportive everyone is. Thank you again, Tarik for doing this interview with me! 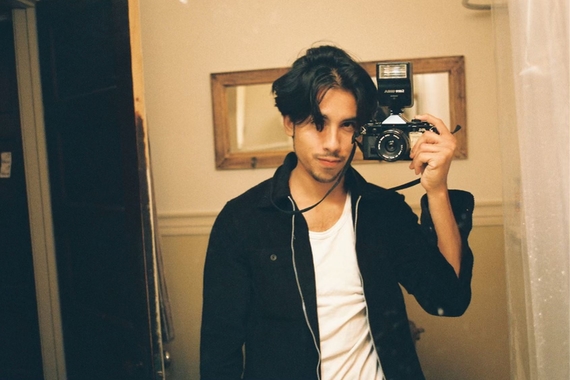 Learn about the MFA experience and Julian's upcoming works in this Q&A. 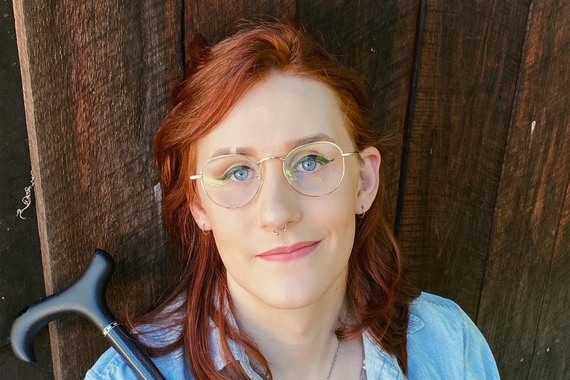 Read a Q&A with torrin greathouse about her work and experience in our MFA! 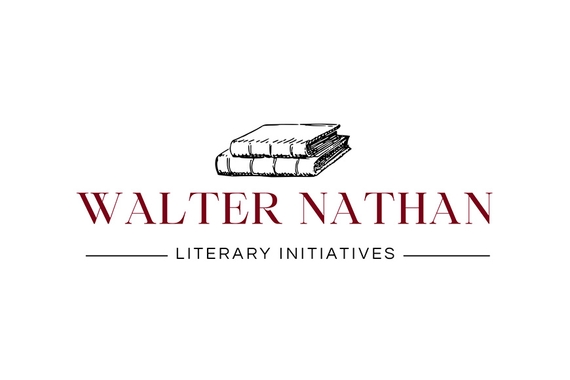 This new fund supports programming to include reading events, an essay prize, and a literary festival that will engage Twin Cities high school students.