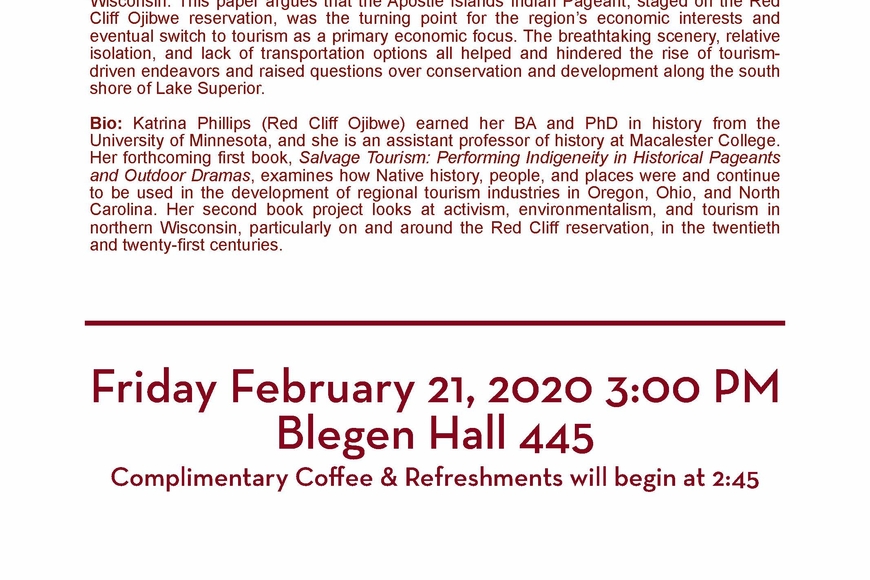 This Friday's coffee hour will be presented by Katrina Phillips, Macalester College Department of History, at 3pm in 445 Blegen.  Coffee and snacks are available at 2:45.
Abstract: By the early 1920s, numerous extractive industries such as fur trading, logging, quarrying, and commercial fishing were no longer economically viable in northern Wisconsin. This paper argues that the Apostle Islands Indian Pageant, staged on the Red Cliff Ojibwe reservation, was the turning point for the region’s economic interests and eventual switch to tourism as a primary economic focus. The breathtaking scenery, relative isolation, and lack of transportation options all helped and hindered the rise of tourism-driven endeavors and raised questions over conservation and development along the south shore of Lake Superior.
Bio: Katrina Phillips (Red Cliff Ojibwe) earned her BA and PhD in history from the University of Minnesota, and she is an assistant professor of history at Macalester College. Her forthcoming first book, Salvage Tourism: Performing Indigeneity in Historical Pageants and Outdoor Dramas, examines how Native history, people, and places were and continue to be used in the development of regional tourism industries in Oregon, Ohio, and North Carolina. Her second book project looks at activism, environmentalism, and tourism in northern Wisconsin, particularly on and around the Red Cliff reservation, in the twentieth and twenty-first centuries.
Share on: 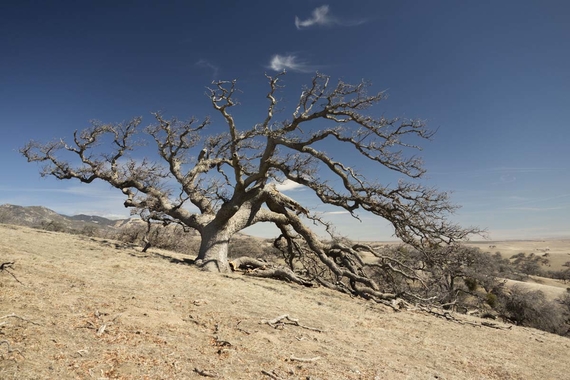 Will These Ancient Trees Survive a Drying West? 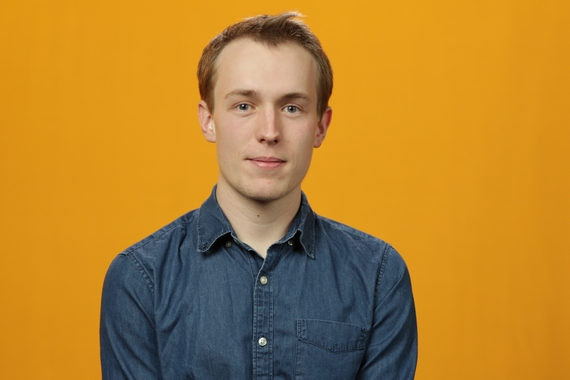 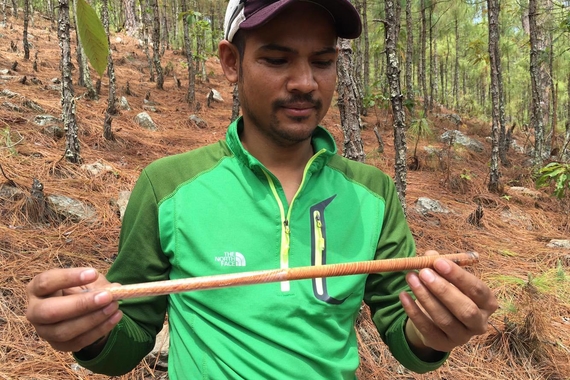