with Jan Volek and James Gresock (both UMN History) 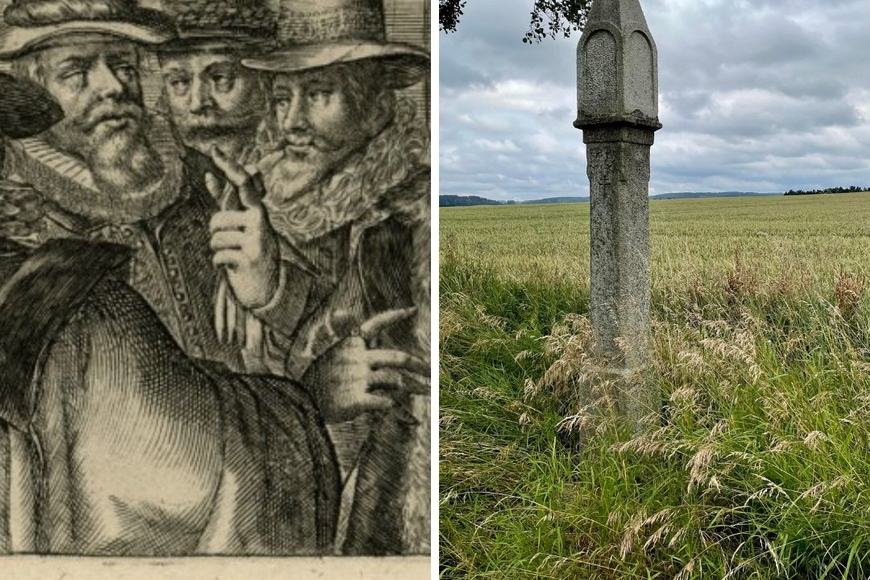 "Beyond the Wall: Devotion and Sacrality in the Countryside"

Abstract: The traditional conception of medieval Christianity is primarily informed by clerical activity and production set in urban context. Even as recent studies have turned attention to lay involvement and participation, the hinterland has remained outside of scholarly purview. In contrast, this presentation explores wayside shrines that expose lay participation in the production of sacred sites. These object appeared throughout the countryside from the fourteenth century, and provided a spatial anchor for extramural religious practices. In addition to being a feature on processional routes, they were also used as burial sites, memorials, and seen as sanctifying and protecting their vicinity.

Bio: Jan Volek is a doctoral candidate in medieval history at the University of Minnesota–Twin Cities. He holds MTS in History of Christianity and MA in Medieval Studies. He is working on a dissertation, titled For the Salvation of My Soul: Lay Patronage and Transformation of Religious Landscape in a Fifteenth-Century Town, that uses the example of Jindřichův Hradec to suggests that late medieval burghers used the system of patronage to manipulate the presence of the sacred and to influence the religious composition and character of their community.

"Media, Message, and Mobility: Use and Re-Use of Visual Themes Across Contexts of Conflict in Early Modern Europe"

Abstract: Media plays a crucial role in mediating news of events to audiences near and far. Firsthand
viewership of live events in our modern world pales in comparison to the scale of consumption done
through various forms of media. The same was true in 17th century Europe. This presentation examines
how the content and form of media influenced perception of 17th century execution events in and
around the Dutch Republic. By highlighting the active processes involved in construction, consumption,
and proliferation of these media, this presentation argues for increased engagement with these
products as dynamic participants in contemporary political and religious discourse.

Bio: James Gresock is a PhD Candidate in the History Department. He received an MA in Comparative
History from Central European University in Budapest and a BA in History from Ohio University in
Athens, Ohio. He is currently writing a dissertation that examines 17 th century depictions of public
executions and how they participated in their contemporary media ecosystem and influenced reception
and understanding of the news.