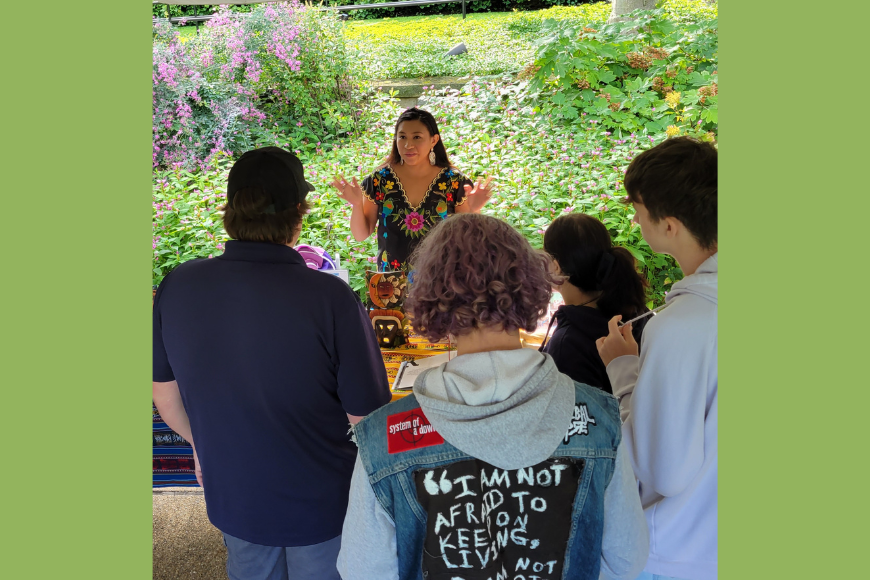 Florencia at Phipps Conservatory and Botanical Gardens in Pittsburgh, Pennsylvania where she is a Botany in Action Fellow. She is sharing her research with middle and high schoolers as a part of the 2022 Science Engagement Week.
Photo Credit: Maria Wheeler-Dubas

Florencia Pech-Cardenas is an utterly unique and wonderful scholar whose work combines the best of natural sciences with the best of social sciences to create a truly interdisciplinary approach to both Forest Resources and Indigenous Studies. Any scholar seeking to understand how interdisciplinarity can revolutionize any field of study should pay close attention to her work.

Flor is a PhD Candidate in the Department of Forest Resources in the College of Food, Agriculture, and Natural Resources and recipient of a 2022 RIDGS Graduate Research Partnering Program (GRPP) Fellowship. She came to the University of Minnesota from Yucatán, in Mexico, where she was born, raised, and began her studies. She first received her Bachelor’s Degree in Biology, with a focus on Botany. Following her love of plants and the science of how they grow, she worked in a herbarium, and continued on to a Master’s Program at the Centro de Investigación Científica de Yucatán in Biological Sciences with a focus on Natural Resources. During this time, she deepened her expertise in biology and Geographic Information Systems (GIS), and began to seek out the social and human components of the natural worlds in which she was immersed. Drawing on her lived experiences as a Maya woman in the Yucatán, Flor understood the depth and interconnectedness of human society and the natural world. She was not seeing this connection adequately addressed in the field of biology, so she began working on inquiries of research which would allow her to link the scientific methodology of biology with humanities and social sciences methodologies of studying culture and nature.

Flor’s work in botany led her to connect with Maya artisans of handicrafts in villages in Yucatán. She found that the art created in those communities is tied closely to the natural resources of the surrounding environment, and that these artisans had been practicing successful methods of forest and resource management for centuries. These forms of Indigenous knowledge have received minimal acknowledgement within social sciences fields and no acknowledgement at all in the field of biology. These experiences hooked Flor and led her to design her current PhD project: a study into the connections between Maya handicraft production, forest resource management, and the impact of globalizing forces on Maya livelihoods. Flor found that, of the several universities to which she applied for her PhD, the faculty of the University of Minnesota were the most encouraging of an interdisciplinary project of that nature, while other schools’ programs were more prescriptive, requesting that she keep separate biological and social sciences. Flor’s advisory committee, made up of CFANS professors Kristen Nelson and Mike Dockry and American Studies Professor Bianet Castellanos, has been the ideal team to guide her project through uncharted interdisciplinary territory. Having one foot in each world allows Flor to produce fascinating, multifaceted projects unique in the fields of Forest Resources and Indigenous Studies. The very process by which Flor studies texts through multiple lenses is a model for how scholars can break down formerly opaque walls of disciplinarity and take their work in fresh directions. As exciting as that process is, Flor acknowledges that it takes time and effort to draw on so many fields, and for this reason she is grateful for the time and resources her home department and RIDGS have provided.

A prime example of a way in which Flor approaches her work through different lenses is her biological field work in Yucatán. In various forests, Flor has taken measurements of the trees and plants to create scientific profiles of the forests’ characteristics. According to Flor, a student of only biology would apply a lens of scientific objectivity to the forest, seeing the plant development as solely the product of their natural environment and overlooking the methods of forest management practiced by the humans living there, methods not recognized in the canon of western science. By studying Mayan forest management techniques, Flor improves the quality of her biological work by incorporating the influence of human work into her forest measurements and she counters colonial narratives of erasure which conflate Indigenous people with “untouched wilderness” still pervasive in scientific fields. As Flor puts it:

Instead of coming in trying to understand the forest as just a biologist, I try to understand it as an Indigenous person, as a Maya person, and I saw all those meanings. That changed the way I am approaching my dissertation, to see the forest not as a commodity or as a place to extract natural resources, but more as a really important component of a livelihood, a very close relationship with people. Everything that the Maya people do to the forest is because the forest will give it back to them. We do the milpa to gather food, but the milpa, which is a traditional agricultural system, is also a way to sustain and make the forest grow again…So because of all those things, I started to see that I can’t just go and take measurements of trees - that can say something - but a lot of the measurements I take, their meanings are attached to the Maya people that are living there and working there every day.

Flor very much considers herself a biologist and places a high value on scientific methods as ways to understand the world in which we live, but she stresses that the scientific method is only one part of a larger whole which is required for a full understanding.

This past summer, Flor also participated in the Mujeres Activas en Letras y Cambio Social/Active Women in Letters and Social Change summer institute, where she participated in the panel: Indigenous Praxis: Religion, Action, and Motherhood as Decolonial Healing, presenting her paper titled “Indigenous Action to Help Our Communities: Healing Trauma while Constructing Nuevos Caminos.” Writing the article and attending the institute are part of Flor’s personal reckoning with what it means to be an Indigenous scientist and an Indigenous member of the academic community. Throughout her growing up and now during her field research, Flor witnessed firsthand the massive inequalities within the Global South and how they fuel the prosperity of the Global North in an emergent new colonialism. These inequalities were exacerbated by the pandemic, when they became acute vulnerabilities as well. Flor feels an intense responsibility to the Maya communities where she grew up and is now conducting her research. “I can’t just go, collect all my information, and say ‘bye bye, thank you, I will never see you again.’ I can’t do that. I have a responsibility to them,” she says. Flor and her husband raised funds to send dispensas - packages of food and supplies - to provide some relief to the villages most impacted by COVID and recent hurricanes. She remains in touch with the Yucatán communities and has many close friends there. Reflections and relationships like these are not considered knowledge in her home discipline of biology; her connections with RIDGS and the humanities provide Flor with a path to incorporate the knowledge of her lived experiences into her academic work.

Flor considers her work in this area as “decolonizing her mind and her praxis.” She grew up in Yucatán at a time when assimilationist policies were in full effect in Mexico, which meant the subordination of Indigenous languages, movement from Indigenous villages to larger cities, and discrimination against any expressions of Indigenous culture. Because of this, Flor didn’t learn the Mayan language or traditions from her parents, and it was only later that she found out why and resolved to fill in that gap. The more she studied and spoke with her parents equipped with historical knowledge, the more she learned about the anti-indigenous policy roots of the hardships she and her parents had faced throughout their lives. Any markers of indigeneity passed on to her would have made her a target of racism. This work of decolonizing has helped Flor reframe her own thoughts about her childhood and is influencing how she herself now approaches motherhood. In raising her children, Flor is drawing on the strength she saw in her own mother as well as from powerful Maya traditions into which she is immersing herself again.

Flor’s expertise in multiple disciplines is opening new pathways of research and work. Her main priority is passing on her knowledge, experiences, and methodologies to new generations. She is working on finishing her dissertation and will soon be on the academic job market, seeking a position where she can continue her research and be a mentor to future students looking to combine disciplines to create new and unique scholarship. 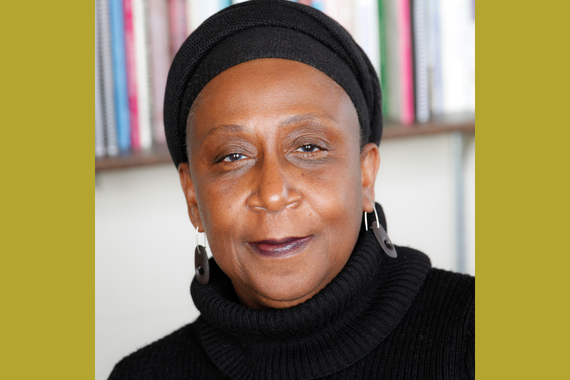 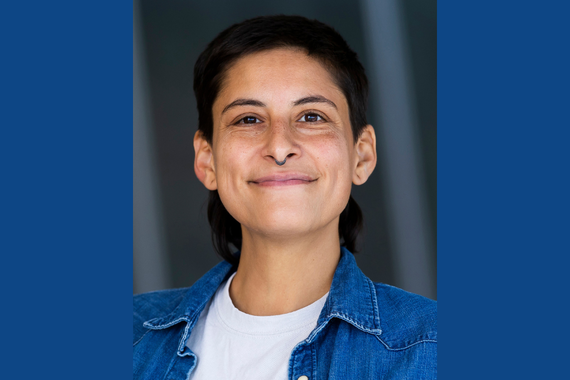 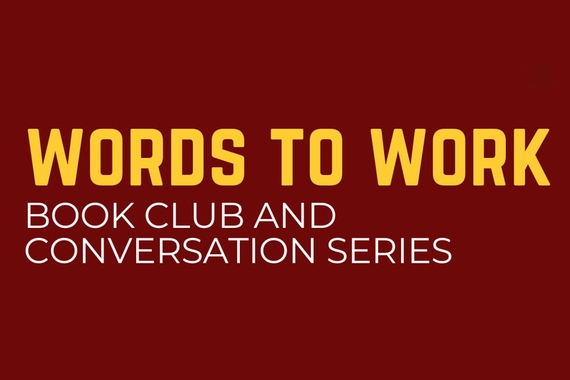