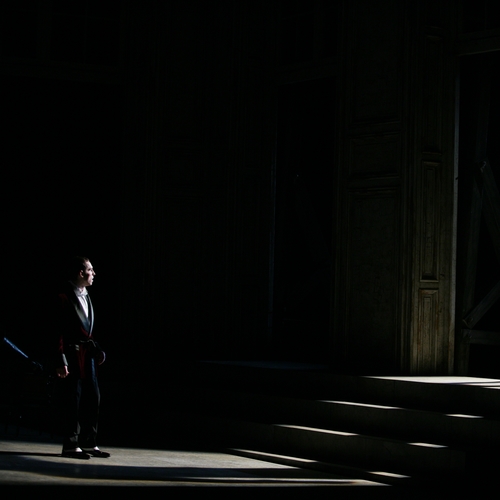 Marcus Dilliard has designed the lighting for regional theater and opera across North America. A 1977 graduate of Lehigh University, with B.A. degrees in Biology and German Language and Literature, he went on to study at Yale Drama School and received an M.F.A. in lighting design from Boston University's School for the Arts in 1982. Marcus joined the staff of the Guthrie Theater in 1984 and began his freelance design career in 1993. He was a resident designer for both the Guthrie Theater and Theatre de la Jeune Lune; his ongoing affiliations include Minnesota Opera, Theatre Latte Da, Penumbra Theatre and the Jungle Theater.

Marcus currently teaches Lighting Design on both the graduate and undergraduate levels as well as the M.F.A. Design Seminar and the History of Stage Design. His creative work informs his approach to teaching, with a strong emphasis on our biological responses to light and a keen interest in the importance of shadow, i.e. single-source lighting.

Marcus is the recipient of an Ivey Award, two McKnight Theatre Artist Fellowships, a Sage Award, and a Minnesota Theater Award. His work has been twice represented at the Prague Quadrennial for International Design (2011 and 2019). He is a Professional member of the U.S. Institute for Theater Technology and a member of United Scenic Artists Local USA 829