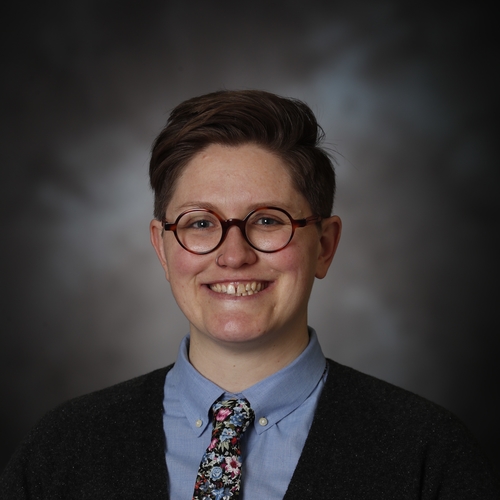 Erin L. Durban is an assistant professor in the Department of Anthropology at the University of Minnesota–Twin Cities, affiliated with Gender, Women, Sexuality Studies and American Studies. Their scholarship works at the intersections of interdisciplinary feminist and queer studies, transnational American studies, critical disability studies, and critical ecologies. Durban is currently the Co-Chair of the Association for Queer Anthropology and Co-Chair of Critical Disability Studies at UMN.

Durban co-edited a special issue of Women & Performance: a journal of feminist theory titled “Nou Mach Ansanm (We Walk Together): Queer Haitian Performance and Affiliation” with Dasha A. Chapman and Mario LaMothe. The special issue followed a symposium at Duke University on gender, sexuality, and performance in Haiti curated by Chapman. It is the first edited collection of scholarship in queer Haitian studies.

Durban has two ongoing research projects. The first, “Plastic Futures: Transnational Engagements with Waste, Recycling, & Toxicity in Haiti,” brings together queer and trans theory, critical disability studies, and black studies to analyze plastic work and how people live everyday lives with plastic in the Anthropocene. The second, "Professorville: The History and Legacy of University Grove," is a collaborative project with Professor Miranda Joseph (GWSS) as well as approximately two dozen undergraduate and graduate students at UMN. The project is an experiment in accessible ethnographic and archival research methods as well as an interdisciplinary study of the university that considers the legacy of building an all-white faculty neighborhood on the UMN St. Paul campus in the 1930s.

Durban will be on sabbatical during the 2023-2024 academic year.