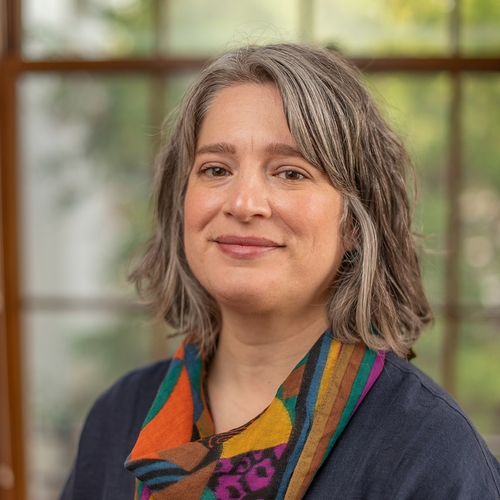 Laura Anne Kalba’s research examines the history of the fine, decorative, and commercial arts in a range of national and colonial contexts from the early nineteenth century to the mid-twentieth century.

Her publications reflect her interdisciplinary training and wide-ranging interests in the history of technology, media studies, and the social life of visual and material forms.

Her first book, Color in the Age of Impressionism: Commerce, Technology, and Art, received the 2018 Charles Rufus Morey Book Award of the College Art Association and the 2016–17 Laurence Wylie Prize in French Cultural Studies. Published in 2017 by the Pennsylvania State University Press, it examines the impact of new color technologies on French visual and material culture, from the early commercialization of synthetic dyes to the Lumière brothers' perfection of the autochrome color photography process. Some of her research on this topic has appeared in Representations, Modernism/Modernity, History and Technology, as well as several exhibition catalogs.

Her current book project is a study of the ways that images, objects, and places encoded and enacted shifting notions of economic value from the railway mania of the 1840s to the First World War. Tentatively titled Signification, Style, and Society in the Golden Age of Finance Capital, this project has received funding from the American Council of Learned Societies, enabling Kalba to spend the 2018-19 academic year as a research associate in the Department of Anthropology at the University of California, Irvine. A related article is forthcoming in The Art Bulletin (March 2020).

Kalba primarily teaches courses on the history of modern art and visual culture. In addition to the standard surveys of nineteenth- and early twentieth-century European art, she also teaches courses on the history of the graphic arts, technology and vision, and the built environment. She also enjoys teaching general introductions to the discipline designed for those new to the study art history.

Kalba welcomes inquiries from prospective PhD students whose interests intersect with her areas of specialty, especially those wanting to pursue research that involves artistic practices and/or objects that have traditionally been overlooked in the discipline.