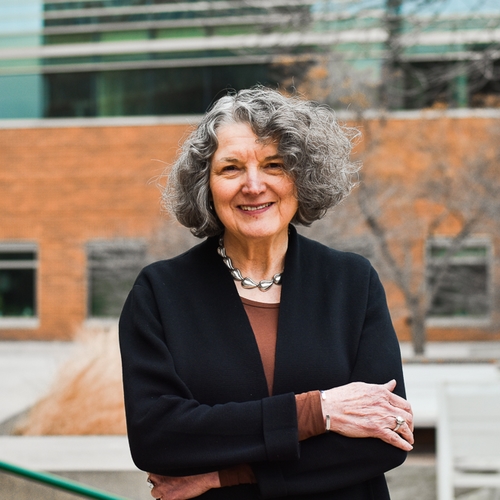 I am currently working on four research and writing projects, and several public history projects connected with them.

First, my archival, oral history, and ethnographically oriented historical research in the coalfields of southwestern West Virginia has focused on the relationship of popular culture to the coming of industrial capitalism to Appalachia, and its attendant and often violent labor struggles.

I analyze the ways in which blues music, mountain music, balladry, union songs, Tin Pan Alley and minstrel songs, religious music, and other musical genres played and sung by both white and black musicians (most of whom were coal miners) in the 1920s and early 1930s registered both the transformation of mountain social and economic landscapes brought about by coal mining as well as the discursive struggles and labor confrontations that followed. The music written by coal miners often registered and critiqued these discursive struggles in which Appalachian newspapers and local and national coal and railroad interests sought to characterize striking miners as “white savages” and mountain culture as “barbaric” when they stood in the way of “progress,” that is, the expansion of unfettered industrial capitalism and the control of land, labor and the public sphere by outside capital.

The book I am writing entitled Logan County Blues: Frank Hutchison in the Sonic Landscape of the Appalachian Coalfields (and its coordinate documentary CD project) comprehensively analyzes these forms of cultural production in relation to the massive economic and environmental transformations that were occurring in the late nineteenth and early twentieth centuries. My book is also the first to provide an historical ethnography of a particular community of musicians working in the American vernacular music tradition; it allows us to see the interrelationships among musical styles and genres in a particular place, and their connections to specific labor and environmental conditions in an identifiable community and to the fractures and the solidarities within such a community.

In this book I narrate the intertwined story of mountain musics, coal mining, and labor struggles in the mountains, using the 1920s miner and musician Frank Hutchison as a hook on which to hang a broader narrative about the sonic and social landscapes of southern West Virginia in the 1920s, and the enormous transformations in the economic and cultural life of miners living and working there at that time.

I chose Frank Hutchison (1897-1945) as the fulcrum for the book because he was the first white guitarist to record blues, in 1926; he learned them from black railroad workers and fellow coal miners in the early years of the twentieth century and his music preserves some significant pre-blues material that was recorded by no one else, white or black, as well as a broad spectrum of early twentieth-century mountain music. He has been described by black musicians who knew him and played with him as the only white guitarist who truly played the blues in that time and place, and he used that blues idiom to comment critically on the coming of industrial capitalism to the mountains. And like many of the black musicians with whom he often played, he was also a “songster,” a musician who played old-time mountain music and Tin Pan Alley and minstrel songs as well. He thus stands as a significant figure in the story of the transformation of mountain music that came in the wake of the railroads and coal mines, and in the wake of the commercial recording of American rural music that began in 1923.

I chose to focus on him also because he and members of his family were involved in some of the most important events in the history of labor struggles and industrial capitalism in America. And so using him as the narrative hook provides me with a way of setting the music and the coal mining issues within the same landscape. Logan County is an intriguing site because it was the scene of some of the most dramatic transformations in mountain music in the early twentieth century, it was a landscape in which issues of race and whiteness came to the fore in the 1920s, and it was the site of many violent labor struggles in the first three decades of the twentieth century, including the largest labor uprising in American history, the Battle of Blair Mountain. My book, which takes its title from one of Hutchison’s recordings, lays out the story of the interrelationships among these three.

Second, I am writing a book of ethnographic history/memoir/poetry tentatively entitled Scandalous Traductions: Landscape, History, Memory, in which I think about questions like those that follow, as I carry out archival, ethnographic and oral history research in the most Appalachian of Pennsylvania coal mining counties, Fayette County in the far southwestern corner of the state, on the Pennsylvania/West Virginia/Maryland border.

How does a place come into being and how does it come into view? In what ways are eighteenth and nineteenth-century footpaths and wagon roads and railroads and coal mines and movements of capital and labor inscribed on the land and how are their layered pasts remembered, forgotten, and narrated in the present? How are Marx’s arid characterizations of labor and capital and commodity fleshed out, so to speak, in the materiality of living and moving and remembering and making a home on a terrain hollowed out by coal mines and scarred by industrial violence? How does memory create and recreate itself in such a landscape and how is it lodged in things like postcards mailed in 1910 and kept for decades in a cardboard cookie box; a skillfully carved and lacquered maple newel post in a coal company house otherwise devoid of architectural ornament; a pale lemon patchwork quilt with fine white stitching, sewn by a miner’s daughter for her four-year-old granddaughter, carelessly thrown away but preserved in memory for half a century; a grave marker for a coal miner killed in a slate fall, its inscription barely legible in an abandoned cemetery, the violent death it once recorded long forgotten? What objects and traces of the past are expunged from memory, not preserved, not handed down? And how do these presences and absences synecdochically evoke not only a history of routes traveled across a coalfield landscape with its union organizing and violent strike-breaking, its coal mine disasters and its bleak mining towns but also roots put down in a particular place, a homemade from, say, a featureless company house in a coal patch? How is meaning, and culture, fashioned out of shards of memory and the traces of lives adhering to quotidian objects and landscapes? How do everyday visual images from the past--maps, engravings, photographs, newspaper illustrations and mastheads, advertisements, drawings, blueprints, and postcards--shape public and private understandings of the landscape and its built environments? And how do remembering and forgetting and traducing produce irresolvable rifts in sociality and in family ties, across and within the lines of class and privilege and poverty?

This book is inspired by a varied array of writers and theorists (Bachelard, Benjamin, Sebald, Shelton, Sontag, Trouillot, and Williams, and in particular by Paul Carter's "The Road to Botany Bay"), and by historians like Natalie Zemon Davis, Alain Corbin, Carlo Ginzburg and Amitav Ghosh whose imaginings of the shadowy tracks imprinted on the landscape by all-but unknown men and women have evoked their vanished worlds. The idea for this book also grew out of work on my other nearly completed book project, Logan County Blues: Frank Hutchison in the Sonic Landscape of the Appalachian Coalfields. And I have been no less inspired by my great great great great great grandfather William Goe’s 1794 assault on what he termed the “scandalous traductions“ of history, in a document he deposited in the Fayette County courthouse on June ninth of that year.

Third, I am interested in the politics of "authenticity" surrounding American vernacular music and I am writing a short book tentatively titled “Sexuality and the Politics of Musical ‘Authenticity’ in a Mind-Game Film: Inside Llewyn Davis.”

And finally, I continue to work on various topics related to my long-term interest in colonial ethnography and the political uses of ethnographic knowledge in nineteenth and early twentieth-century India, an interest which grew partly out of my ethnographic research in rural north India on caste, dominance and prestation patterns on the one hand and kinship, gender and the poetics and politics of women's speech and song on the other.