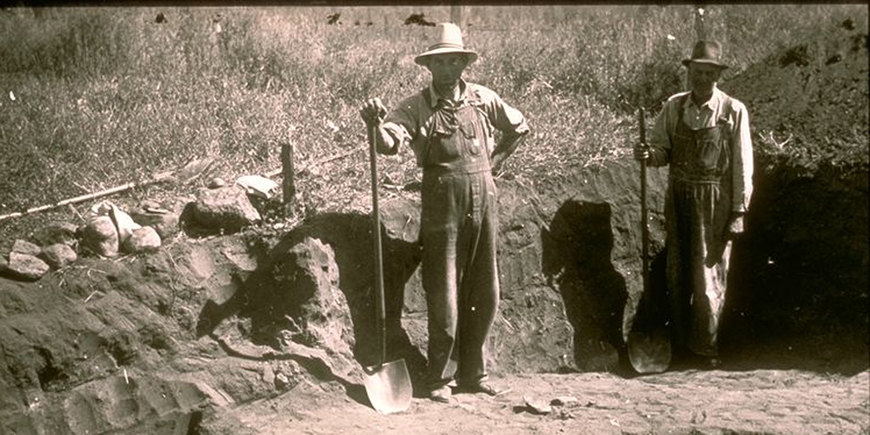 The Department of Anthropology has been a vital part of the University of Minnesota and its surrounding community since 1918. Our founder, Albert E. Jenks, carried out research in the Philippines and in northern Minnesota. Although Jenks and Wilson Wallis, who later joined him, made significant contributions to anthropology, the department remained small into the 1950s. The late professor Robert Spencer, who was widely known and highly regarded for his work among the Inuit and other peoples, came to Minnesota in the 1940s. In 1954 Professor E. Adamson Hoebel joined the department and subsequently served as chair until his retirement in 1969. In addition to being a leader in the anthropology of law and in the profession at large, Hoebel was one of the first regents' professors at the University.

Lloyd A. Wilford and Elden Johnson expanded academic anthropology from the classroom to the community by doing in-state fieldwork in addition to national and international fieldwork. Under Hoebel's leadership, the faculty of the department expanded throughout the 1970s. Both Hoebel and Spencer emphasized a four-field approach to anthropology and stressed the importance of training in all four sub-fields for each student: social and cultural anthropology, biological anthropology, linguistic anthropology, and archaeology. This four-field influence is still present in our departmental community today. Currently, we have a total of 19 faculty whose expertise span all four fields.