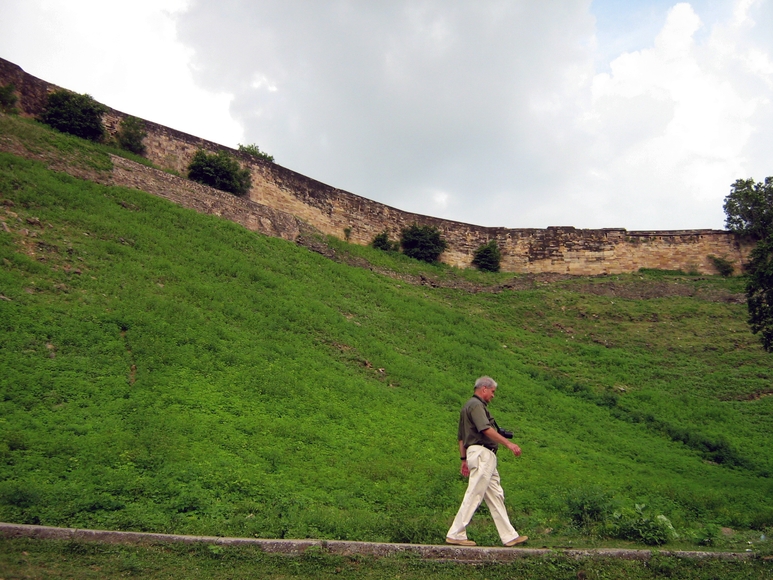 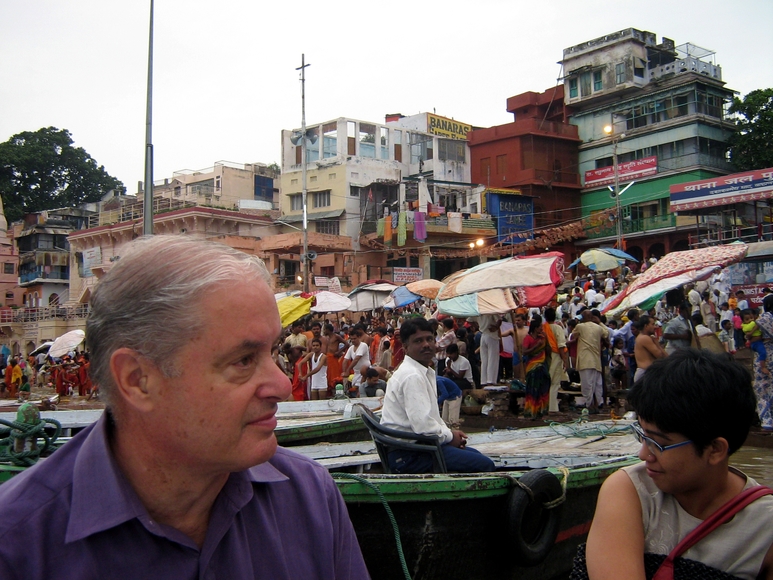 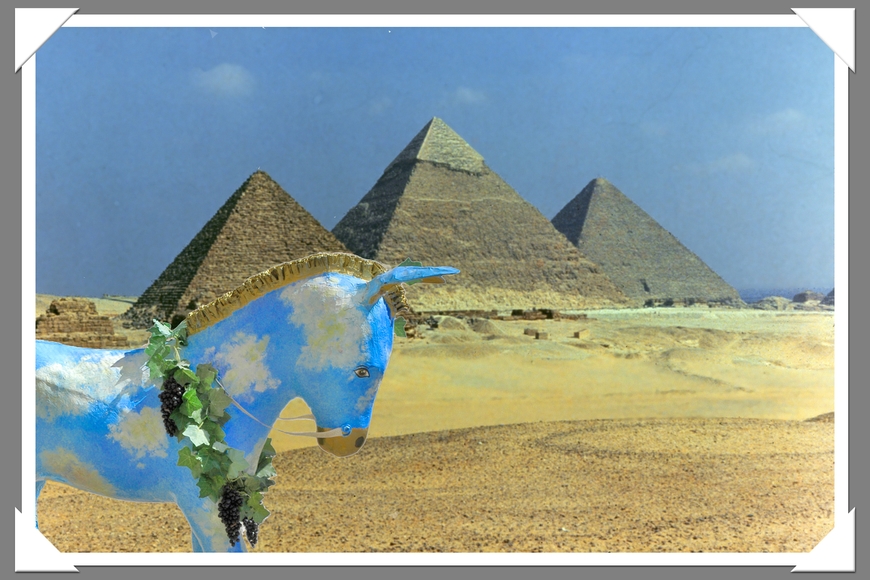 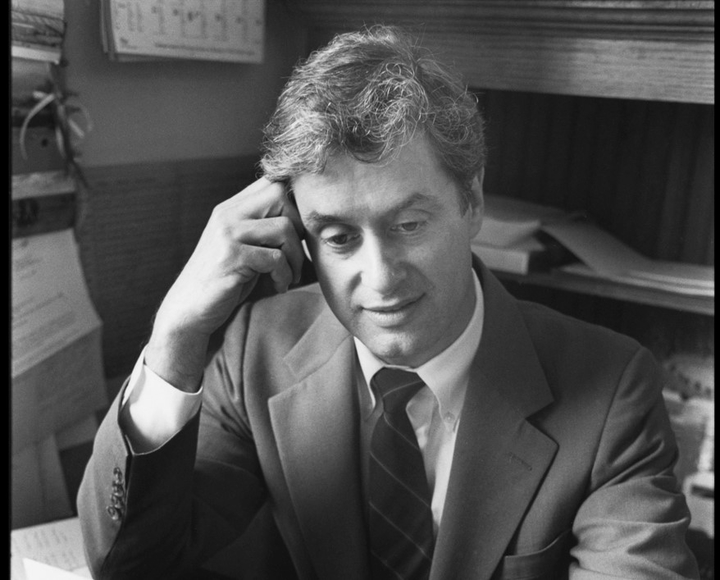 The Department of Art History is very sad to announce the loss of Professor Emeritus Frederick M. Asher. A public memorial celebration will take place on September 24, 2021. We invite you attend the memorial in person or virtually via Zoom.

Memorial at 3 PM in Cowles Auditorium

Parking nearby at the 19th Avenue and 21st Avenue Ramps

For students, faculty, staff, and visitors, wearing a face covering is required indoors on University campuses, regardless of your vaccination status.

The Department of Art History and the wider intellectual community gathered in response to Rick’s passing offer sincere condolences to his family. We thank you for the legacy you helped him shape.

Rick asked that any donations in his honor be made to any of the following.

Frederick M. Asher, known to all as Rick, died at his home in Minneapolis on June 26, 2021, after years of living and working with cancer, which he battled fiercely if largely without comment. During his forty-five years at the University of Minnesota, Rick had an outsized impact on every context in which he was a part. His energetic record of administrative leadership included service as department chair of both Art History (1978–81, 1990–2006) and South & Southwest Asian Studies (1990–2006), and as associate dean of faculty for the College of Liberal Arts (1985–90).

Bringing out the best in all of us

Rick’s talent for connective forms of leadership proved transformative, too, for his field of South Asian art history and the wider discipline, thanks to decades of commitment to organizations such as the American Institute of Indian Studies, the American Council of South Asian Art, the College Art Association (CAA), the Comité International d’Histoire de l’Art (CIHA), the Getty Research Institute, and the National Gallery’s Center for Advanced Study in Visual Art (CASVA).

“He had his unselfish finger in every pot,” observed Michael Ann Holly (Starr Director Emerita, Research and Academic Program at the Sterling and Francine Clark Art Institute).

“Seeing how people from CAA to Nuremberg to Beijing responded to him was remarkable,” reflected Steven Nelson (Dean, CASVA); “I marveled at his skill in bringing out the best in all of us.”

Indeed, even given all of this local, national, and international service—and even in view of his considerable record of publications and public lectures—Rick’s largest legacy by far lies in his immense talent for living curiously and the generosity with which he shared this skill. In the words of Elaine Tyler May (Professor of American Studies, UMN): “Time spent with Rick was always an adventure.”

Born in 1941, Rick grew up in Highland Park outside of Chicago. He received his bachelor’s degree in English literature from Dartmouth College in 1963, then proceeded on to graduate work at the University of Chicago, where he achieved an MA (1966) and PhD (1971) in art history with a specialization in Indian Art. Before assuming his lifelong post at the University of Minnesota, he enjoyed a first teaching job at Lake Forest College.

It was there that Rick met the love of his life. Throughout fifty-two years of marriage, Catherine B. Asher (Professor Emeritus of Art History, UMN) was Rick’s equal match in every way: in scholarship, mentorship, travel, and generosity. Events at their home, practically a satellite location of the UMN campus, were at once legendary and seemingly effortlessly hosted. Jane Blocker (Professor of Art History, UMN) recalls the scene: “Giant porch swing, huge brass urns, dangling bells, and orchids.”

Whether it was the excellent food or the excellent conversation, what the Ashers’ friends, students, and colleagues understood about their hospitality was that it was a symbol: a guide as to how to approach living an academic life. Gather together, make new friends, think out loud, ask questions, move around when it’s time for a new perspective, sit, listen, stay longer than you’d expected, enjoy it. Michael Gaudio (Professor of Art History, UMN) made this connection between how the Ashers hosted parties and how they modeled academic citizenship: “Rick and Cathy are experts,” he concluded, “at giving things without having to be asked.”

One former graduate student absorbed this hospitality as a two-part motto. “Show up for your community,” wrote Deborah Hutton (Professor of Art History, The College of New Jersey, UMN PhD, ‘00) and “choose collegiality over competition.”

Like so many others, Michael Ann Holly well-remembered Rick and Cathy’s talent for party-throwing. She also saw it as a metaphor. Marveling at their place high above downtown Minneapolis, she found herself thinking: “Rick really is like an eagle... seeing everything.” He could “survey not just the huge field of Indian art, but the whole discipline.”

That keen and roving sight characterized all aspects of Rick’s scholarship, which consistently sought to understand the meaning of cultural sites as multiple, diachronic, only partly knowable, still unfolding, and always available to imaginative interpretation.

Unlike other art historians who might specialize in paintings, sculptures, architecture, or display, Rick trained his analyses on every piece of a larger environment and how it came to be. He was as interested in eighth-century practices of stone quarrying as he was in the contemporary habit, among pilgrims, to apply tin foil to monuments. Both could tell us something important about Buddhist statuary—and about human expressions of belief more generally.

After all, Rick’s commitment was always to understanding writ large, not to any parochial view of art-as-such. “Narrow Rick was not,” reflected J.B. Shank (Professor of History, UMN), “even if he did have astonishing erudition and expertise.”

In his recent book, Sarnath: A Critical History of the Place where Buddhism Began (Los Angeles: The Getty Research Institute, 2020), Rick concluded that the site is “...a place in flux. Like any monument or place. Its life cannot be associated exclusively with a particular moment in time.” Sarnath, then, like Rick himself, is a monument to meaning as it is made over time, together, by seeking out and listening to the perspectives of all comers, whether dilettant or devotee.

“He knew everything,” reflected Sinem Casale (Assistant Professor of Art History, UMN, UMN PhD ‘12). Even then, she added along with so many others, he could always be counted on to ask the first question.

Even as Rick always operated at a global and disciplinary level, he remained remarkably present to individual scholars and collaborators. Natalia Vargas Marquez (Assistant Professor of Art History, DePauw University, UMN PhD, ‘20) was one of many former graduate students in the program who remembered Rick’s constant presence at dry-run practice talks: “with his stopwatch!”

Christina Michelon (Assistant Curator at Boston Athenæum, UMN PhD, ‘18) remembers “Rick and Cathy were the friendly faces” she looked to when ascending the podium at a national conference, “and they were the first to let me know afterward that everything went well.”

Johnathan W. Hardy (PhD Candidate in Art History, UMN) tells a similar story of a “little advertised” public lecture to which “Professor Asher was the only art historian” in the audience, lending his “kindness, brilliance, and wit” in that context, as all others.

The widely diverse specializations of these emerging scholars are testament to Rick’s kindness: his sense that moral support is just what you always have to give. It is also proof of what Natlaia Vargas Marquez and Michael Ann Holly sussed out in attempting a summary of Rick’s importance. “He was constantly trying to advance our discipline forward,” wrote Natalia, “not resting on his accolades and accomplishments.” For Michael Ann, too, this is the “real loss” of which we must now take measure, not just of the “sweet man,” but of the major force he exerted on the future of the discipline of art history—“what want it to be.”

Most colleagues and students knew the three-quarter size, sky blue papier-mâché donkey that Rick kept in his Heller Hall office so well as to take it for granted. But Hyeongjin Oh (PhD candidate in Art History, UMN) recalls a time he saw it afresh, through a visiting friend’s eyes. To the friend, it was a beacon, a way to communicate good humor and readiness, surely a reliable tool for attracting “good and wise people” into one’s company.

The outpouring of recollections and condolences that the Department of Art History has received in tribute to Rick come from these “good and wise people”: eminent scholars, former undergraduates, University staff members, graduate students, colleagues, curators, and friends. All of them return again and again to his role as a “natural organizer of people” in the words of Deepali Dewan (Dan Mishra Curator of South Asian Art & Culture, Royal Ontario Museum; Associate Professor of Art, University of Toronto; UMN PhD, ‘01). Just as surely, they remember him fondly as “a bit of a goofball,” with a “booming voice” and a commitment to candy.

And Cathy’s name appears everywhere in these notes of thanks and appreciation. This is no surprise. Rick-and-Cathy, after all, has long been a single word to all who knew the pair. But Rick might have placed the emphasis differently. In his words: “my wife, Cathy… always pushed me to see at least one more thing.”

“Enthusiastic,” “upbeat,” “giving,” “first to respond,” “instrumental,” “vital.” All who knew Rick understood how deeply he drew this kind of energy from his family: from Cathy; from the “kids,” Alice, Tom, and Dana; and finally, abundantly, from the grandkids, Francesca, Fergus, and Imogen. It was never just Rick powering his tremendous drive. And it could not have come only from the boost that came from his legendary collection of perfectly aged marshmallow Peeps. 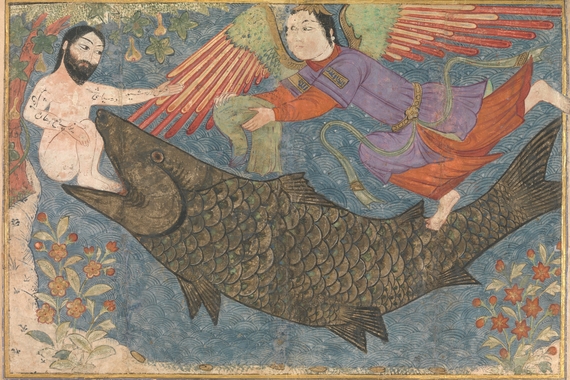 The tenure-stream faculty of the Department of Art History at the University of Minnesota writes to address the recent non-renewal of adjunct instructor, Dr. Erika López 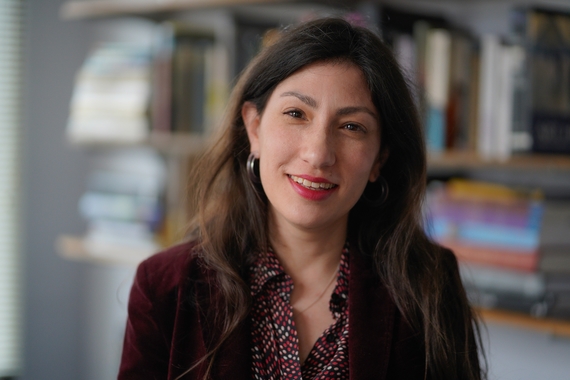 The Department of Art History is excited to welcome Assistant Professor, Dr. Emily Ruth Capper, as the newest member of our faculty. 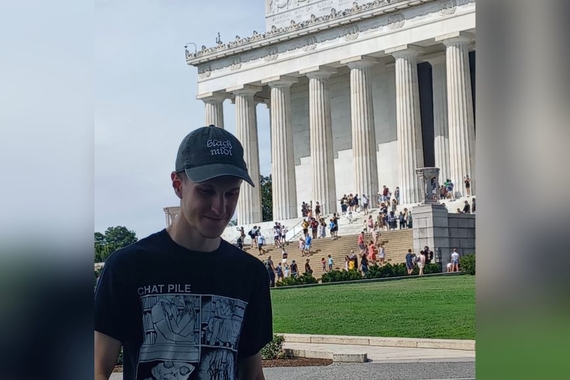 Where It’s At: Encountering Art Across America