“We are now faced with the fact that tomorrow is today. We are confronted with the fierce urgency of now. In this unfolding conundrum of life and history there is such a thing as being too late. Procrastination is still the thief of time. Life often leaves us standing bare, naked and dejected with a lost opportunity. . . . This may well be mankind’s last chance to choose between chaos or community.” – Reverend Dr. Martin Luther King, Jr. 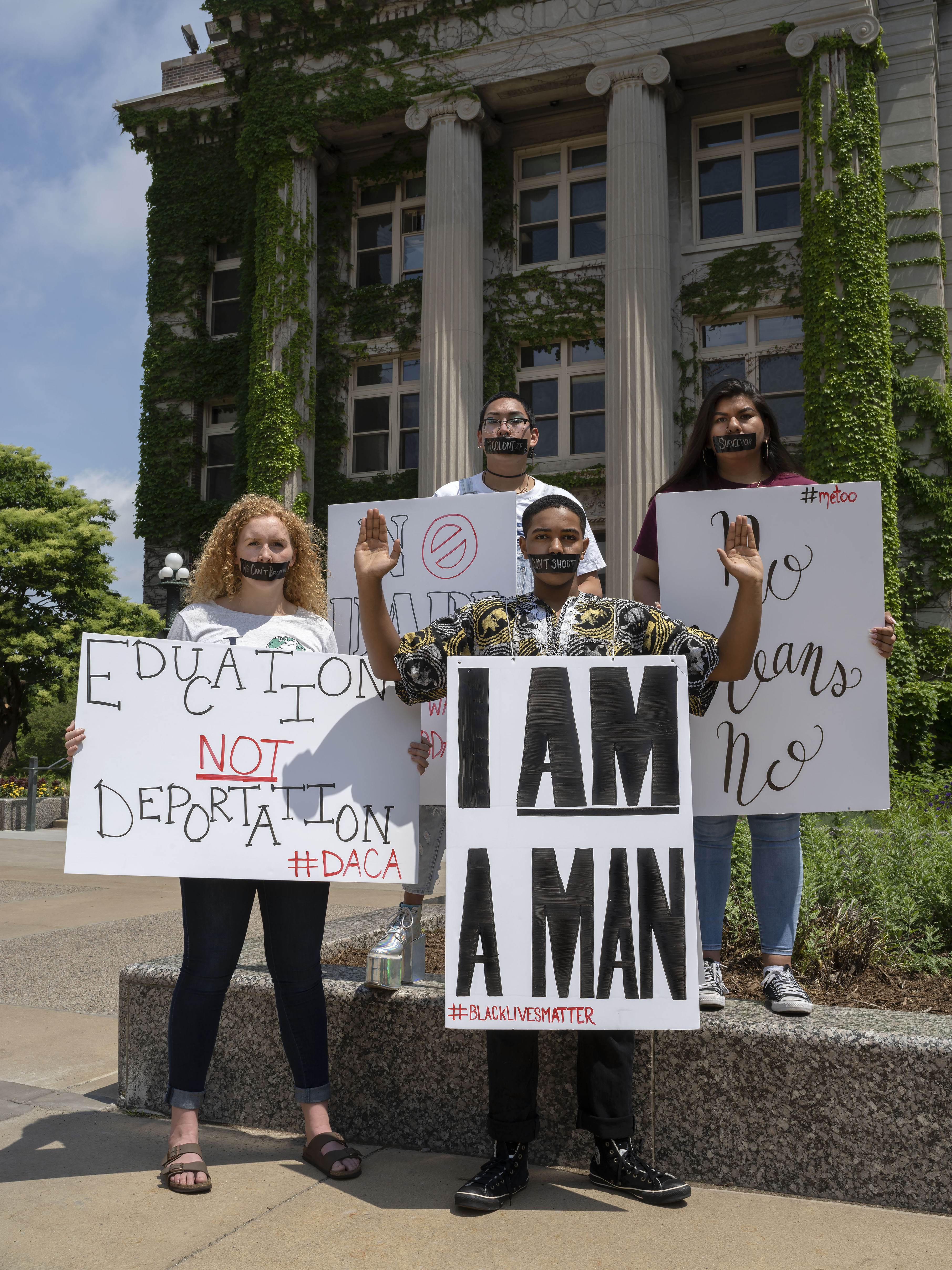 The tragic death of Reverend Dr. Martin Luther King, Jr. on April 4, 1968, sparked student activism across the country. Galvanized by the Student Nonviolent Coordinating Committee, the Black Campus Movement, and the Black Student Movement, the Afro-American Action Committee (AAAC) at the University of Minnesota occupied Morrill Hall in January 1969.

They presented University president Malcolm Moos with a set of demands, among them the establishment of a student services support program for students of color. The action of student leaders Rose Mary Freeman, Horace Huntley, Warren Tucker, Hattie Webb, and John S. Wright led to the creation of the MLK Program in the College of Liberal Arts.

April 2019 will mark the 50th anniversary of the MLK Program, which provides individualized, holistic, and culturally attentive advising that supports academic excellence, wellness, and professional development. We serve students of various multiethnic and intersecting identities. In honoring King and the AAAC founders, one of our core goals is to provide students with experiences that enhance their understanding of diversity, social and racial justice, and collective activism that promotes King’s “Beloved Community.” In so doing, we cultivate a new generation of leaders with the knowledge and skills to imagine and create a socially just world.

In 2017, the MLK Program, in collaboration with Higher Education Consortium for Urban Affairs introduced the MLK Immersion Experience. Twenty-eight students spent a week with leaders from local social justice and community organizations such as Pangea World Theatre, Native American Community Development, Unidxs por Justicia, and Voices for Racial Justice. Participants learned about the history, stories, strategies, and tactics that have built some of the most powerful movements in the past 15 years. Each day scholars were engaged in dialogue that included visits to historical landmarks and listened to forgotten stories of the past and their present day interconnections.