by Wolf Gruner, Founding Director of the Center for Advanced Genocide Research at the University of Southern California Shoah Foundation 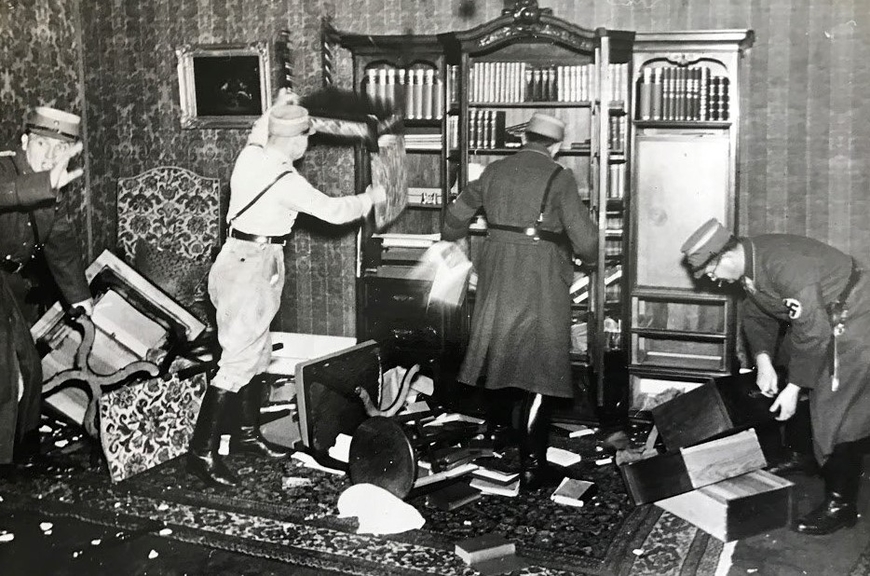 Please join the Center for Holocaust and Genocide Studies, the Jewish Relations Council (JCRC) of Minnesota and the Dakotas, and the Minnesotan Consortium for Holocaust and Genocide Education and Research on Monday, November 9 for a Commemorative Lecture, "The Forgotten Mass Destruction of Jewish Homes during ‘Kristallnacht'" by Wolf Gruner, Founding director of the USC Shoah Foundation Center for Advanced Genocide Research, University of Southern California. The webinar will be held at 7:00pm via Zoom.

The November pogrom is known by Holocaust scholars as one of the most analyzed events in Nazi Germany. Descriptions of Kristallnacht usually emphasize the attacks on synagogues and Jewish shops, sometimes schools and other Jewish institutions, yet rarely the destructions of private homes. Based on contemporary administrative reports and letters as well as postwar survivor testimonies, research suggests that during that night Goebbels ordered systematic and nationwide violent attacks aimed at Jewish homes. The resulting mass destruction of Jewish homes and apartments has never been studied, neither in its scale and intensity nor its brutality and impact. For some cities, between 75 and 90 percent of the Jewish homes had been reported as vandalized. After the attacks, thousands of homes were left inhabitable, their windows broken and china, furniture, lamps and paintings smashed to pieces. Humiliations, beatings, murder, and sexual violence accompanied the systematic destruction. More than burned synagogues or vandalized shops, indeed the systematic devastation of the last refuge of the German Jews -- their homes -- might explain, why so many German and Austrian Jews decided to flee or to commit suicide after Kristallnacht.

Wolf Gruner (gruner@usc.edu) holds the Shapell-Guerin Chair in Jewish Studies, is Professor of History at the University of Southern California, Los Angeles since 2008 and is the Founding Director of the USC Shoah Foundation Center for Advanced Genocide Research since 2014. He is a specialist in the history of the Holocaust and in comparative genocide studies. He received his PhD in History in 1994 from the Technical University Berlin as well as his Habilitation in 2006. He was a postdoctoral fellow at Harvard University, Yad Vashem Jerusalem, the US Holocaust Memorial Museum, Women’s Christian University Tokyo, and the Center for Jewish Studies Berlin-Brandenburg, as well as the Desmond E. Lee Visiting Professor for Global Awareness at Webster University in St. Louis.