The Department of Gender, Women, and Sexuality Studies condemns the continued violence directed at Asian people in the United States, most recently exemplified by the shooting deaths of six Asian American women in the suburbs of Atlanta on Tuesday, March 16, 2021.  We view this violence as a misogynist, anti-Asian hate crime produced by the larger heteromasculinist culture of white supremacy and ultra-nationalism propagated by the American right-wing and the culture of policing that reinforces their views: namely that Asian and other migrant women in the low-wage workforce are disposable and exist only to satisfy the immediate needs of white men--whether it is their need for caring touch or their need to kill.  We stand in solidarity with Asian communities in their grief and outrage and are prepared to support the Asian American community, including Asian women’s advocacy organizations like Red Canary Song,  Stop AAPI Hate, and NAWAWF in all ways that we can.

GWSS faculty reject any notion that anti-Asian violence in the U.S. is a recent phenomenon, however, we recognize that the escalation of and media attention to anti-Asian violence has increased as a result of the previous administration’s designation of Covid-19 as the “Chinese virus”, and the continued anti-Asian, anti-Black, anti-Muslim, and anti-immigrant discourses that circulate heavily on the internet and right-wing media outlets like Fox News Channel, Breitbart, and NewsMax.

Our faculty are committed to informing University of Minnesota students, staff, and faculty colleagues about the intersections between anti-Asian violence and anti-Blackness how these are magnified by the nativism of American policy that dehumanizes people of color and demonizes Muslims, countries like Iraq, and the movement for Palestinian liberation. Towards this end, please read Prof. Jigna Desai’s Response to AntiAsian Hate, along with educational media resources provided by Prof. Sima Shakshari.

“Antitrafficking Rhetoric and the Making of Global Apartheid” by Nandita Sharma

In grief and solidarity, 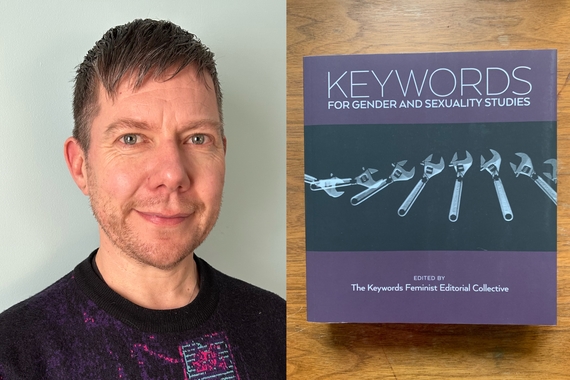 A book coedited by Associate Professor Aizura was named 2022 Choice Outstanding Academic Title by the American Library Association, deeming it an essential text.