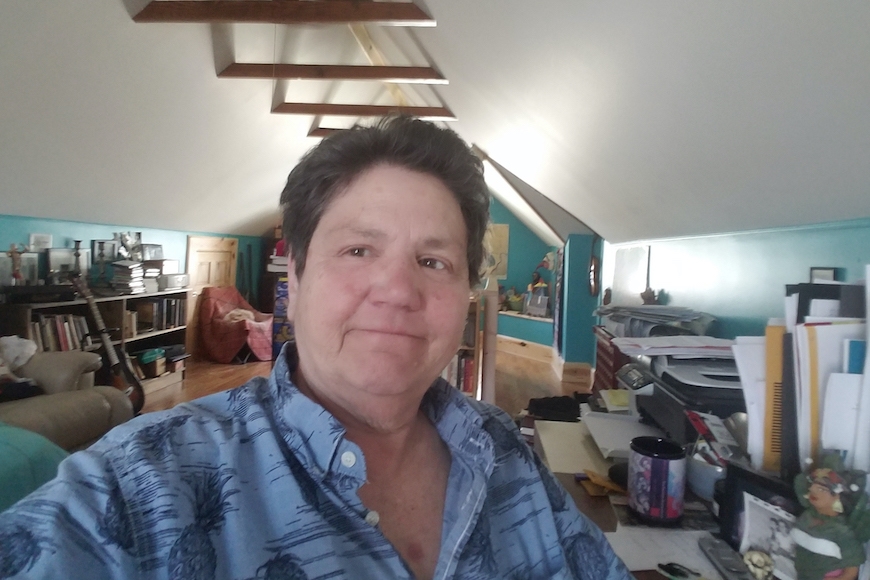 Photo of Judith Katz taken in her home office

Judith Katz, the beloved academic advisor for the Departments of English and Gender, Women & Sexuality Studies, retired from the University of Minnesota in January. She’s also the author of two novels, The Escape Artist and Running Fiercely Toward a High Thin Sound. Content Creator Hamy Huynh tracked her down to learn more about her life beyond advising and what she’s been doing during social distancing.

What brought you to the University of Minnesota?

I came to Minnesota to work with a feminist theatre company called At The Foot of the Mountain in the early 1980s. I began working at the U as what was then called a Community Scholar—we call them adjuncts now. As happened many times for me, if a faculty member for what was then called women’s studies couldn’t teach a class, I was called in at the last minute. The first time this happened, it was because a Foot of the Mountainboard member, Naomi Scheman, who was one of the head troublemakers...er faculty members...in women’s studies knew me and my work as a writer and suggested me for the job. For many years after that, if a faculty member was incapacitated in any way and it looked like a class I could teach, they called me up at the last minute and I taught. This method also worked for jobs at the other Minneapolis/St. Paul colleges, like MCAD, Hamline, and Macalester. This is how I supported myself for many years until I became an academic adviser, which is a form of teaching as well.

What will you miss the most?

My fondest memories are of working with smart, engaged, and questioning students—in particular those who worked hard at questioning the status quo and were interested in working for social change. I also miss my advising colleagues and my coworkers in GWSS—the faculty and staff. And I miss my pals in the English advising office and the faculty and staff up and down the second-floor corridors of Lind Hall.

You’ve written two books, The Escape Artist and Running Fiercely Toward a High Thin Sound. Do you have any other writing projects in the works?

I have a couple of projects up my sleeve, though I must say, trying to focus in the face of this pandemic is very difficult. Not to be too cagey about it—I have a novel I have been working on for a very long time that was sparked by a question I asked in Jacqueline Zita’s Introduction to Women’s Studies class back in the 1990s about Ethel Rosenberg—a Jewish woman who was convicted and executed with her husband Julius in 1953 for treason that she likely did not commit. When I asked the large class who knew her name, not one hand went up, yet for me, she was an essential historical figure. Going through files last week I found my initial notes for a play about her….maybe I’ll take it up again.

So, what’s next for Judith Katz?

Writing, walking, learning a new skill—I’ve taken a couple of classes at Chicago Avenue Fire Arts Center in South Minneapolis and hopefully will take a class this summer on metal sand casting which is a very dramatic process. I am also teaching very part-time at Inver Hills Community College, where I have learned that teaching online isn’t so scary after all.

I want to wish you all well—with lots of time for difficult thinking and challenging trouble making. To encourage you to keep your minds open and to never be afraid to say what you’re thinking. I’ve learned a great deal from all of you. So thank you and be well! Take care, everyone! 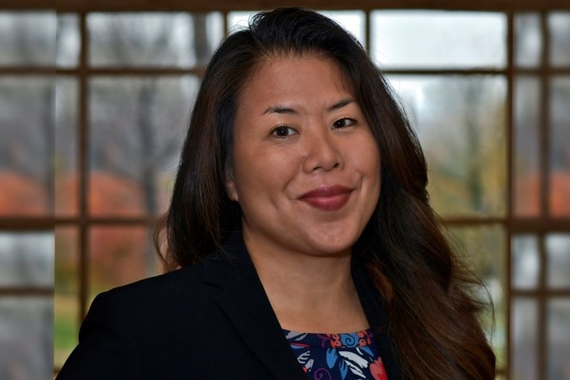 After a passionate career as a high school English teacher, Assistant Professor Kari Smalkoski came to the U of M to explore the intersections between gender, race, and youth.

In October, GWSS, AMES, and IAS collaborated with the AGITATE! journal to launch the North American tour of the film Maadathy: An Unfairy Tale.