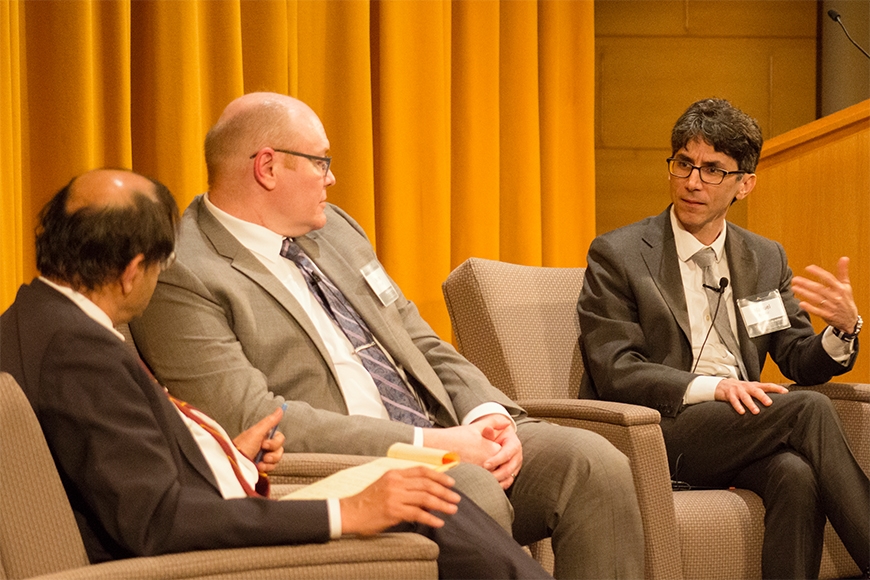 On April 26, the Heller-Hurwicz Economics Institute hosted an event to share the latest research on sovereign debt from leading economists. Professor VV Chari moderated a discussion with Professor Manuel Amador and Senior Vice President and Director of Research Mark Wright from the Federal Reserve Bank of Minneapolis.

The Makings of a Sovereign Debt Crisis

and while many do repay, some loans end in default. Furthermore, countries tend to default simultaneously and previous defaulters are more likely to default again in the future. Amador’s research asks: Why do LDCs borrow? Why do they repay? Why do lenders lend? And finally, what can go wrong?

According to Amador, LDCs borrow at higher rates than developed countries and do not typically see economic growth accompanying their high borrowing patterns. Despite the high interest rates, LDCs are borrowing in good economic times. He attributes the reason for borrowing to impatience by LDCs. To put it into perspective, Amador has found, “LDCs’ governments prefer $0.65 today to $1 tomorrow.”

Amador says that even when countries are struggling financially, they make efforts to repay loans to protect their reputation. If countries default on their debt, they will face higher interest rates in the future, along with their present economic challenges. On average, Amador has found LDCs with massive economic problems have not yet recovered their pre-default GDP per capita five years after defaulting.

For lenders, borrowing to an LCD is risky, but the potential return on their investment is high. A lot can still go wrong for lenders, though—especially when an LDC defaults on debt. There is a dangerous cycle that LDCs face between high interest rates leading to high likelihood of default, which leads to even higher interest rates and rates of default.

The situation may seem grim, but Amador left the audience with policy options for improving the current situation, including fiscal rules, debt forgiveness and restructuring, and financial engineering. Further, he cited trends from select LDCs with a history of default who have successfully reducing their debt to output ratio and increased their reserves to output ratio. These countries have learned from their mistakes and offer policy lessons for the others.

Mark Wright outlined a series of lessons from national, state, and local debt that can be used to guide policymakers. First, while the threat of default is very real and can cause significant damages, default is actually uncommon. In the past two centuries, there have been 250 episodes of default by a country. For US states and commonwealths, there have been just two since 1870. On the local level (including cities, countries, school district, and other special districts), there have been about 10,000 episodes of default in the past 200 years, but the number is still relatively small when you consider there are almost 1 million separate debts being traded.

Next, when dealing with government default, it is important to understand that legal recourse is limited. For much of recent history suing a country was prohibited, but now that is it possible, there are still limited resources abroad for seizure. On a state and local level, while some obligations are legally enforceable, many are contingent obligations that do not hold up in court.

Third, Wright discussed the challenges of obtaining accurate financial data from governments. While there are internationally recognized accounting standards, they are rarely adopted. The situation is more standardized within the US, but there are still a number of ways governments can exercise balance sheet tricks in order to understate their obligations. Wright showed how adding off balance sheet obligations such as pensions and healthcare can paint a very different picture of fiscal health for many entities.

Another lesson from sovereign debt is that debt resolution takes time. Wright explained, “In a sovereign context, the average time to resolution is almost ten years; in the context of local governments, there are cases that have taken two decades.” For example, in cities like Detroit and Chicago, there were warnings of problems years before action was taken.

Finally, Wright explained that the losses from government default are not shared equally. Other countries, banks, and bond holders often all take different cuts on their investments when debts are finally paid.

Chari kicked off the discussion with a question that was on the minds of many audience members: How might we structure the policies that govern state and local administrators to prevent them from understating obligations? How do we solve the impatience problem?

Amador emphasized that rules governing sovereign debt must have flexibility, because rigid rules will be violated. Further, simplicity and outside monitoring are key components of enforcing any rules. Wright noted the importance of efforts governments are already undertaking to prevent understating obligations, specifically in the realm of more accurately projecting pension liabilities, which comprise a large portion of debt.

When it comes to solving the impatience problem, Amador responded by saying, “The question of austerity is muted; LDCs have no choice. In bad times, things are a mess; a plan needs to be in place before the crisis.”

In other words, said Chari, “We need to eat our spinach now so we don’t get sick twenty years from now.”

This event was co-sponsored by: 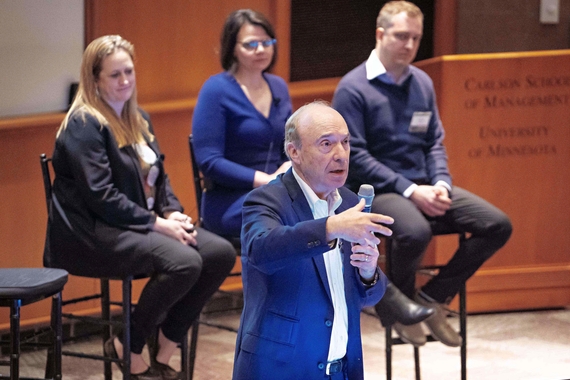 Professor Emeritus Art Rolnick argues: "If the governor and legislature can’t agree on a surplus spending plan by midnight, May 22, the state will be failing tens of thousands 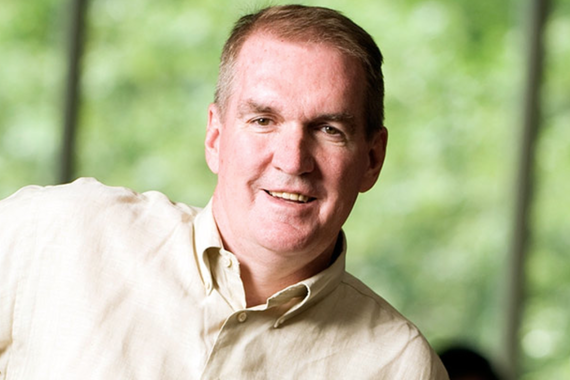 Professor Tim Kehoe spoke with journalist Gordon Severson of KARE 11 news about the May Bureau of Labor Statistics jobs report and the health of the economy. 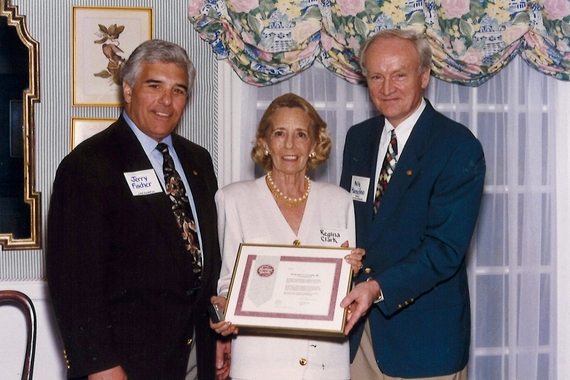 Gophers Helping Gophers: One Generation to the Next

A Crossroads of Economics, Determination, and Generosity